Places We Love: Top Destinations for 2018 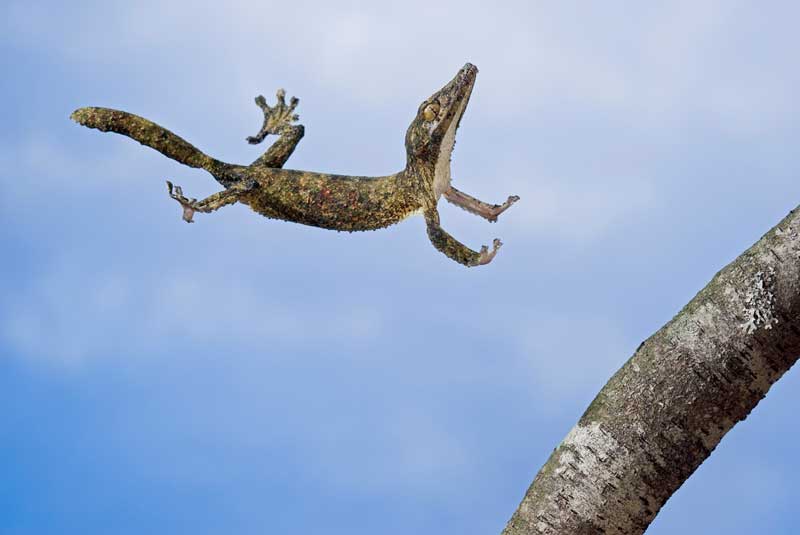 “Madagascar has a huge WOW factor. The world’s fourth largest island, it’s where Africa meets Asia meets the Galápagos, where 80 percent of the plant and animal species are found nowhere else on earth, and where cultures have collided and combined in palpable ways—the African, Asian, and European influences are still noticeable in the language, traditions, and delicious fusion cuisine. A new luxury eco-lodge has just opened, giving travelers a wonderfully comfortable way to explore the island’s endemic critters, including 100-plus species of lemur, some 600 types of orchid, and the smallest known kind of chameleon. I’m so excited to arrange truly high-end Madagascar adventures for our travelers, sharing its rain forests, mangroves, highlands, and towns, along with the insights of our amazing safari guide, Lee Fuller (see Lee’s Madagascar blog).”  –Jessica Silber 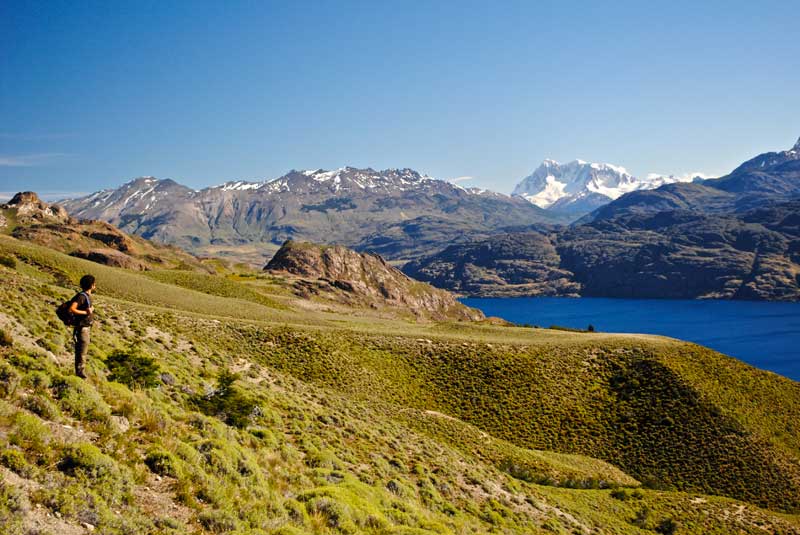 “Chile recently set aside 11 million acres of land as part of its mission to form a network of 17 national parks. This effort was inspired and assisted by the work of our friends at Conservación Patagonica, founded by Doug and Kristine Tompkins, to reverse development and deforestation. It’s a fantastic time to experience Chile’s commitment to conservation and discover its vast range of stunning landscapes, from the sculpted peaks and calving glaciers of Patagonia to the lunar-like Atacama Desert and the hard-to-reach Chiloé Island, home to temperate rain forest, fantastic birdlife, and the unique Mapuche culture. Plus, the capital, Santiago, is hopping with cool new restaurants and boutique hotels (especially in and around the historic Lastarria neighborhood), and the Casablanca Valley is gaining acclaim for its cool-climate sauvignon blanc and pinot noir wines, as well as its experimenting winemakers. With the right connections, you can visit excellent, off-the-radar vineyards—even hop between them by helicopter—and have lunch with the winemakers, perhaps sampling a special carménère, made from a grape varietal that originated in France but was thought to be extinct after a phylloxera plague struck Europe in 1867. The west coast city of Valparaiso is becoming one of the world’s street-art hubs, with incredible murals painted onto the already picturesque façades of the old stone-walled buildings that line the steep hills. Chile really has something exciting for every kind of traveler.” –Linda de la Torre 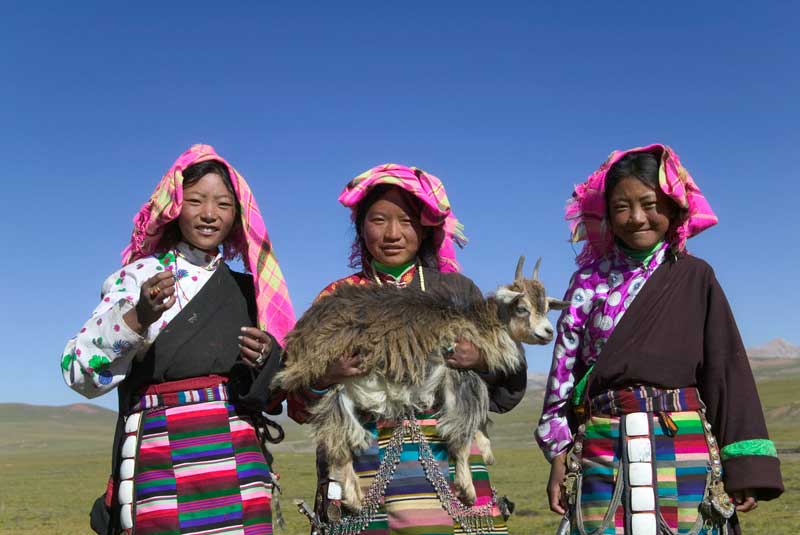 “After a sudden closure this fall, Tibet is once again open to travelers and it’s a great time to go. The new Tibet-Nepal border crossing at Kyirong makes it possible for people to connect the two countries by road for the first time since the devastating earthquake in 2015—a highlight for trail-blazing globetrotters (like those on our private Himalayan Explorer journey). And though certain areas of Tibet are feeling the impacts of the latest wave of tourists—who are, unfortunately, not always respectful of Tibetan traditions or environments—there are still peaceful spots for soaking up the country’s towering peaks, sensational Buddhist temples, and welcoming villages. To share some of his favorites, our award-winning trip leader Vassi Koutsaftis, who has traveled in Tibet at least 25 times since 1985, has designed and will lead a new group trip in 2018.  Between the four-day trek in the little-visited Yangpachen Valley (which includes a Buddhist festival at the 800-year-old Tsurphu Monastery) and in-depth explortations of Lhasa, Gyantse, and Shigatse, Vassi will be offering an insider’s perspective on Tibet that is hard to come by.” –Edwin d’Haens 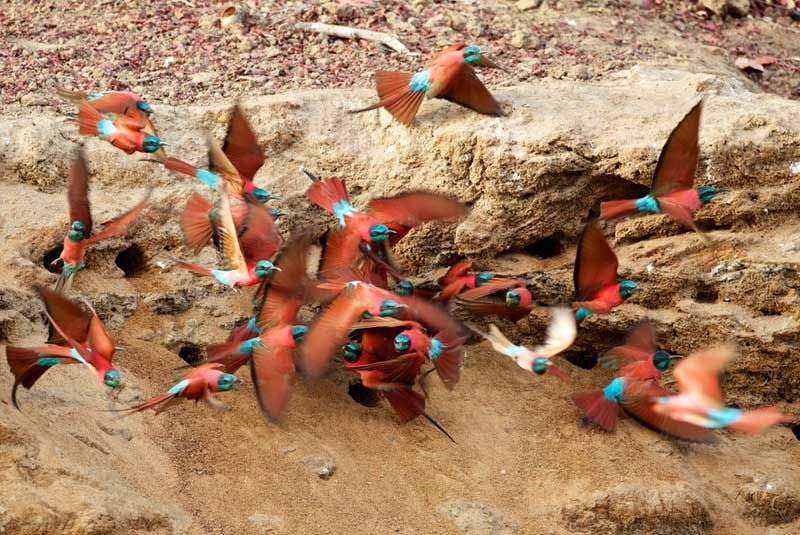 “For an adventurous, off-the-radar safari destination, it doesn’t get much better than Chad. We’re thrilled to be one of the few tour operators awarded private, weeklong trips in the Zakouma National Park, home to one of the world’s most diverse grassland ecosystems and abundant wildlife ranging from lions and honey badgers to huge congregations of red-fronted gazelles and northern crowned cranes. It’s heartening to learn about Zakouma’s conservation work—and to meet some of its more than 400 rehabilitated elephants. Our small groups of travelers get to know the park alongside two legendary trip leaders: safari guide Brad Hansen and Kingsley Holgate, modern-day explorer, Royal Geographic Society member, and globally respected expert on remote African tribes. Additionally, outside the park, our travelers get to meet Sahelian belt nomads, people of Arab descent whose families move in colorful trains, their camels adorned with leather tassels, brass bells, and cowrie shells.” –Starla Estrada 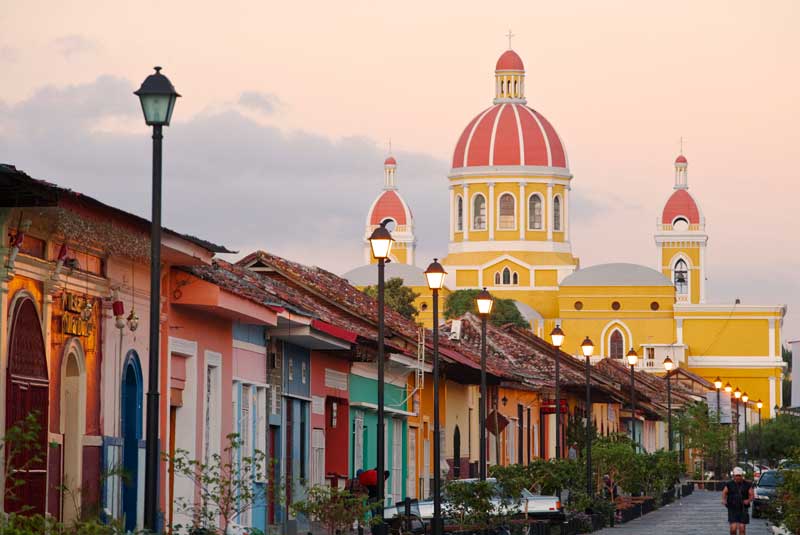 “Nicaragua is on the verge of finding its sweet spot for travelers who like to be ahead of the curve. Its infrastructure has greatly improved, and a number of amazing accommodations have opened. With well-maintained roads, it’s easy to reach hidden gems such as the new, two-room El Repiro Lodge, the ocean-facing Mukul (Central America’s finest luxury resort with tree-house-like bohios and private plunge pools), and Morgan’s Rock, a jungle-tucked eco-lodge with its own farm and private horseshoe bay (perfect for kids running wild). And with very few other travelers around—for now, anyway—you can kayak in pristine caldera lakes, hike up active volcanoes, meet hammock-makers and marimba musicians, investigate pre-Columbian petroglyphs, explore Granada’s historic colonial center by bicycle, go surfing, and wander through a cloud forest buzzing with hummingbirds, monkeys, and sloths. It’s terrific for families, as well as groups of friends. Every time I go, I’m amazed at how much it offers, how much it feels like another world, and how close it is to home. It is absolutely one of the best destinations today for a weeklong adventure.” –Natalie Crow 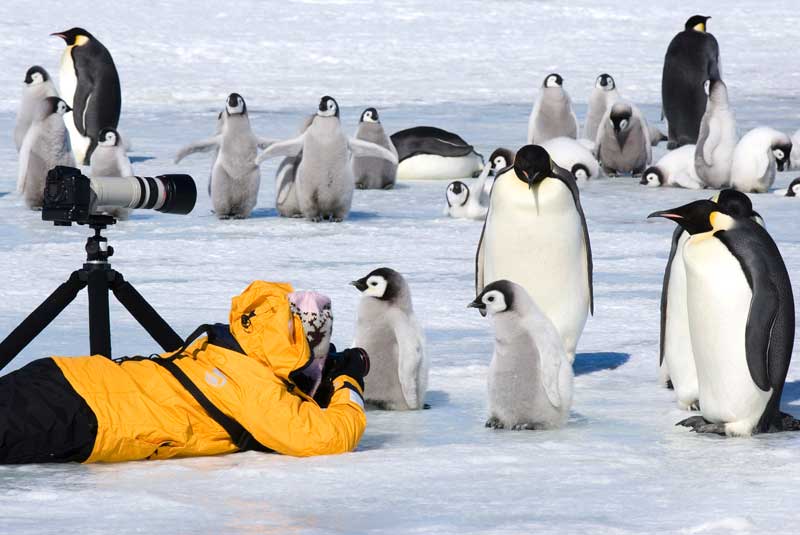 “It’s a thrilling—and humbling—experience to visit Antarctica, a stunning realm of sea mountain passages, islands dripping with glaciers, ever-shifting tabular icebergs, isolated research stations, breaching whales, and congregations of huddling penguins. As scientists investigate whether climate change is responsible for an opening in the ice of the Weddell Sea, we’re excited that for the first time since 2010, the fabled Russian icebreaker Kapitan Khlebnikov (equipped with helicopters and Zodiacs) will be returning to the White Continent in 2018 to visit a colony of emperor penguins near Snow Hill Island. This rookery was discovered only in 1997 and not actually visited until 2004. Venturing to Antarctica gives us the chance to better appreciate the region’s incredible icy wilderness, as well as its vulnerability.” –Urs Hofmann 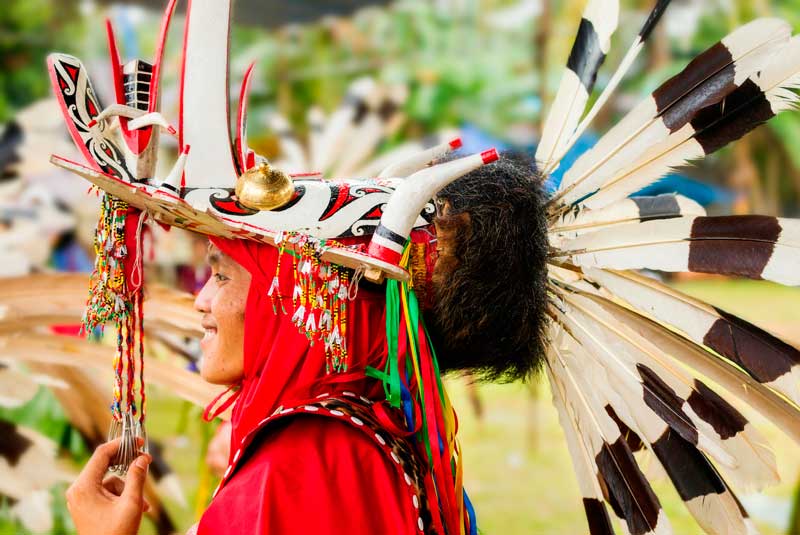 “In isolated regions of eastern India, diverse groups of indigenous people continue to practice their fascinating ways of life. The state of Odisha alone counts 62 tribes, all of which rely on the forests and seas for their livelihood, living as hunter-gatherers, farmers, fishermen, or cattle herders, largely isolated from modern life. And up north in Nagaland, the 16 Naga tribes come together every year in their full regalia of feathers, tusks, and strands of beads for the incredible Hornbill Festival. Getting to engage with these disappearing cultures—meeting with elders, priests, and artisans; visiting bustling markets where locals don their traditional dress; enjoying home-cooked meals; and witnessing the intricate steps of festival dances—is something few travelers get to do. I’m so pleased that we’re able to give a small band of adventurers a rare glimpse into ancient societies with no written history that few people will ever learn about let alone see.” –Sara Barbieri 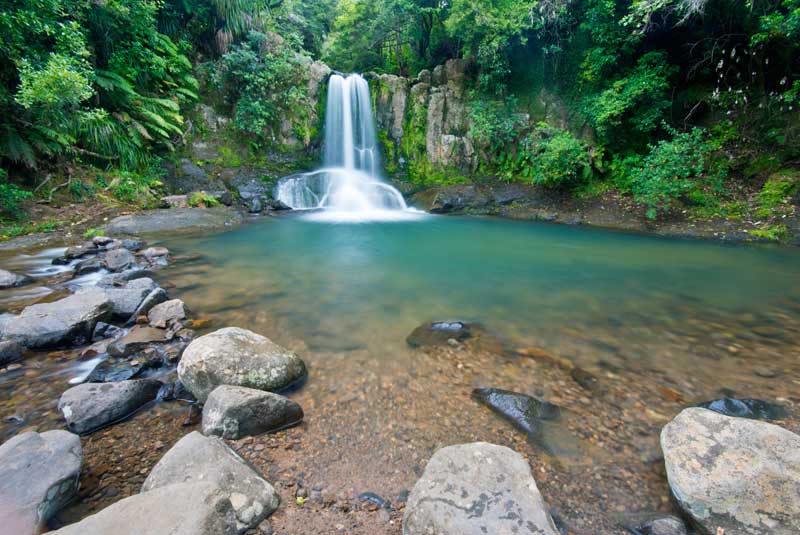 “Beloved for sensational mountains and the ‘tracks’ that thread through them, New Zealand has recently unveiled two new trail networks, made up of 14 short walks and 5 day hikes. They range from the 20-minute Kura Tawhiti stroll, which showcases spectacular limestone formations on the South Island, to the Tongariro Alpine Crossing, an eight-hour North Island trek that reveals glacial valleys, alpine flora, steam vents, old lava flows, and aquamarine crater lakes. Another piece of good news is that it’s possible to make day trips on those famous multiday tracks—Milford, Routeburn, and Kepler: this  allows visitors to enjoy the best of each, while returning each night to the comforts of Fiordland Lodge in Te Anau.

Just as the hiking trails are multiplying, so are the accolades for New Zealand wines: The prestigious International Wine & Spirit Competition just selected the world’s best pinot noir and sauvignon blanc, and both come from New Zealand. We love to help travelers pinpoint the best hikes, vineyards, and other activities—perhaps sailing the Bay of Islands by private charter, going glacier trekking, kayaking amid ancient rain forest and crested penguins, or helicoptering to a volcanic isle for a champagne lunch?—and then tying these together with our favorite small, top-notch lodges.” –Esther Hsu 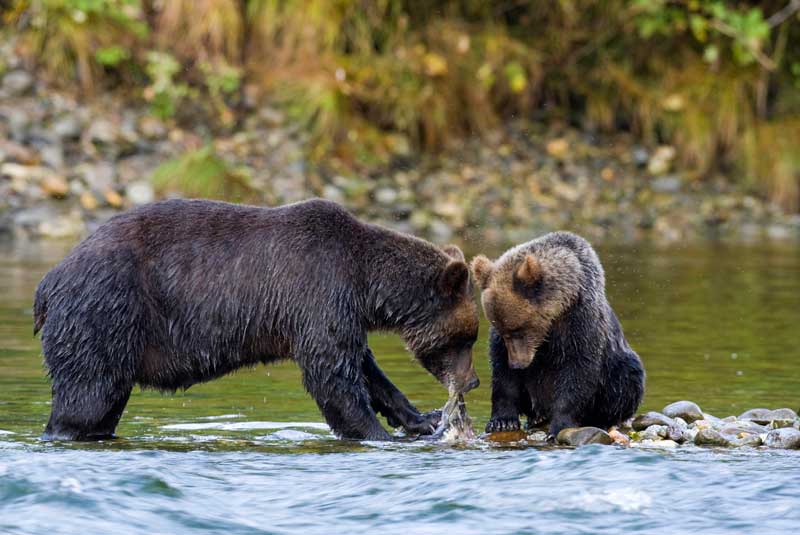 “With the world moving at a break-neck pace, British Columbia is the place to go now to disconnect and recharge in nature. It’s like Patagonia in your backyard—you’ll find gorgeous mountains, thriving wildlife (BC is one of the last places on earth where you can see grizzly bears in the wild), powerful solitude, and at the moment, a desirable exchange rate. 2018 brings new ways to combine several wonderfully luxurious and isolated wilderness lodges by seaplane and helicopter to fully immerse you in the region’s rugged coastlines, thick forests, and granite spires, not to mention its creative and delectable farm- and sea-to-table cuisine—BC’s reputation as a foodie mecca is gaining momentum.

Right now I’m developing a new itinerary that ties together the awe-inspiring Canadian Rockies and the glorious Great Bear Rainforest, combining stays at the extraordinary Bugaboos lodge—its hot tub must have one of the best views on the planet!—and Nimmo Bay, a gem on the coast. There are opportunities to kayak past bald eagles, savor gourmet picnics in meadows shared only with caribou, heli-hike on a faraway glacier before fishing for coho salmon or rainbow trout, go whale-watching with a marine biologist, or just sit still, breathing in the surroundings, feeling at peace. One final reason to go: Traveler dollars support the recovery of a province hit hard by wildfires in 2017, though thankfully none of the areas we go were directly affected.” –Jennine Cohen

“Astonishingly vast and varied, China offers so many options for travelers seeking immersive experiences—authentic cultural interactions and active adventures—off the tourist track. We’re fans of wandering through the monastery-dotted highlands of Yunnan, meeting locals in Tibetan villages, and of rafting down the Li River among incredible limestone karsts. We also recommend hiking between ethnic minority hamlets in Guizhou Province, studying Buddhist cave sites (from the Yungang Grottoes in Datong to the Caves of the Thousand Buddhas in Dunhuang), and  meandering through the Dragon’s Backbone Rice Terraces in Longsheng. We love pairing our travelers with friends and experts in China who can immerse them in such things as street food, kung fu, and calligraphy. For example, you can make dumplings with a chef, discover Beijing’s hottest art galleries with a local curator, or learn about traditional Chinese herbal medicine from a practitioner at a 140-year-old pharmacy in Hangzhou. The recently extended high-speed rail lines and slew of new luxury hotels (like the Amanyangyun in Shanghai, The Ritz-Carlton in Jiuzhaigou, and the Anantara Resort in Guiyang) make travel in China these days even sweeter.” –Tina Liadis

To start planning your adventure to these destinations or any of GeoEx’s other far-flung locales, give us a call at 888-570-7108.