Prambanan in the Moonlight | GeoEx

Home » Wanderlust » Prambanan in the Moonlight

Prambanan in the Moonlight 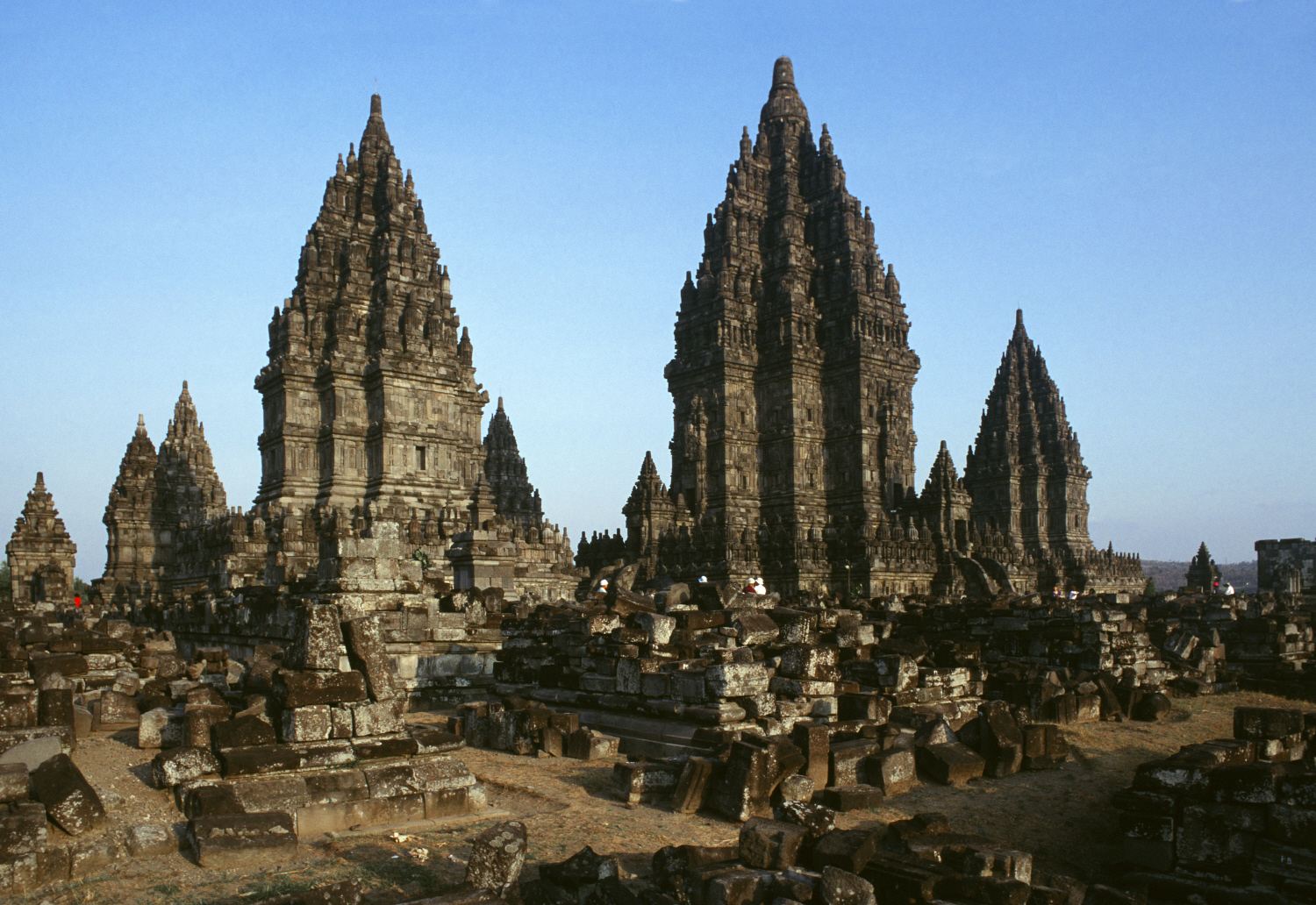 When the Northern California weather turned warm early last month, stalks of wanderlust began erupting in the garden of my brain. Since I didn’t have a Big Trip on the horizon at that time, I found myself rummaging through journals from former Big Trips, to re-embrace some of their heady adventure. In that quest I came across the following remembrance of the Hindu monument of Pambranan, on the Indonesian island of Java; the account seems to capture the quintessential, life-expanding gift of travel—then and now—for me.

The Indonesian night was so hot and humid that when you walked, the air seemed to part around you, like a curtain of exquisite filaments.

There was more to the night’s dense weave, too—the liquid harmonies of an unseen gamelan wrapped around you, and the spicy scent of skewered chicken sizzling on a roadside grill, blue smoke curling toward a fat full moon.

The moon wove a gossamer scene: people in flowing batiks stopping at sidewalk stands, exchanging wadded bills for charred skewers; barefoot youngsters kicking up dust as they skittered through the streets; men and women ambling side by side, chattering in anticipation of the Ramayana performance at Prambanan.

Two days earlier you had visited Prambanan in the undiffused light of midday — the forests buzzing with insects, the heat bouncing off the hard-packed road and scythe-cut fields — and been staggered by the sight of its main temple soaring out of the fields like a stone thunderbolt carved by the gods.

An American teacher living in Yogyakarta had taken you there, and had told you that the monument was built between the 8th and 10th centuries, when a Hindu dynasty ruled the area.

He had guided you through the Shiva Mahadeva temple, the most fully restored, tracing the temple’s intricate, encircling scenes from the Ramayana.

And when you had come upon Shiva, the Hindu god of destruction, on a giant lotus petal straight out of Buddhism, you had thought about the Buddhist monument at Borobudur, less than 30 miles away, and about the intricate interlayerings of religious practice and belief you had found in Asia.

Later, in the cool of the afternoon, you had talked about the layers of Indonesian society, and other layers, too — in gamelan music, and ikat dyeing, where the threads are dyed before being woven, and the epics themselves, in which the heroes have vices and the villains unexpected integrity.

Prambanan in the moonlight was an entirely different place, but layered, too — the top layer a festive scene of shouting kids and laughing families and, somewhere behind that, a more solemn place of ghostly footfalls and consuming faith.

On the moonlit stage, seductions and battles, entreaties and flights unfolded in an exuberance of color and costume: the stylized movements fierce, precise, poetic; the music as sinuous and sensuous as the dance — the whole encircling your soul and transporting you.

You thought about the places you had been in Indonesia — the rice paddies and horn-shaped houses of Sumatra; the Makassar schooners in Jakarta’s old harbor, bound for the Straits of Malacca crammed with flour, cement and timber — and about Bali still to come, all terraced fields and bright smiles in your mind.

And for a moment you did not know where you were, how you had gotten there or why — you were one deep gong in the gamelan of night, one tiny note in a harmony so profound and all-encompassing you could not possibly comprehend it. And for a moment it was enough simply to resonate in the Indonesian moonlight.

As you resonate in moonlit memory, even now.

Don George is Editor of Recce: Literary Journeys for the Discerning Traveler. He has been Travel Editor for the San Francisco Examiner & Chronicle and Salon.com, and Global Travel Editor for Lonely Planet Publications. Don has published seven books, including Travel Writing, The Kindness of Strangers, and Tales from Nowhere. Email him at [email protected].