Off the Grid with the Guanacos | GeoEx

Home » Wanderlust » Off the Grid with the Guanacos

Off the Grid with the Guanacos 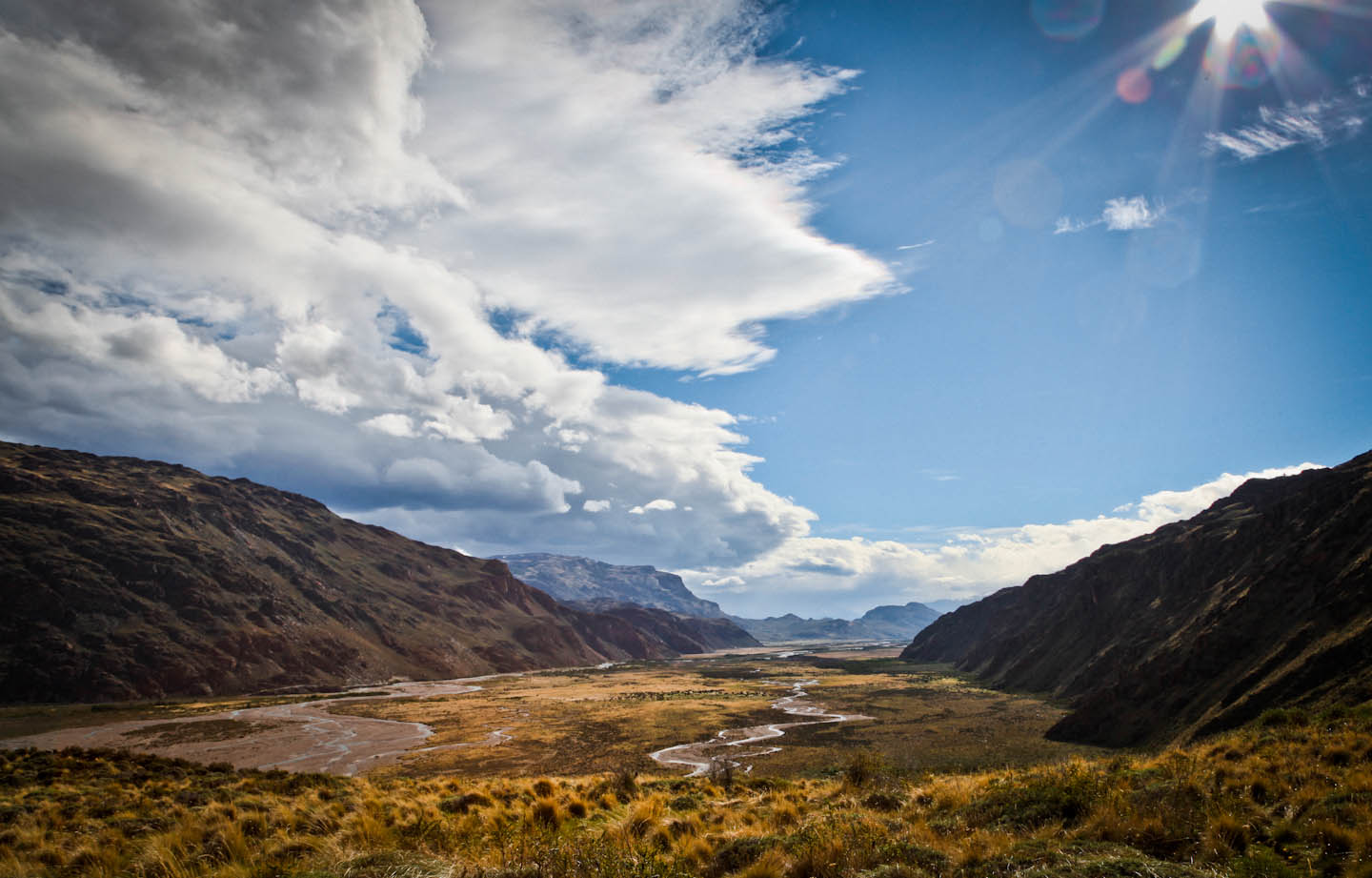 About two hours into our first hike, I stop dead in my tracks. To my right, a herd of guanacos perches on a rocky hillside nonchalantly nibbling on grass. To my left, the modest Aviles River tumbles down a small-scale slot canyon toward the Chacabuco River. At my feet are explosions of fire truck red spring flowers, and ahead stand rust-colored ridges and snow-covered peaks of the Jeinimeni range. The scene is stop-you-in-your-tracks spectacular, but I have a sense that something else brought me to this standstill. That’s when it hits me: We have a national park all to ourselves.

It’s November in the remote Aysén, Chile’s most sparsely populated and second-most-southerly region, situated about 500 miles north of the tip of South America. We are hiking in Patagonia National Park—or if we’re getting technical, what will be Patagonia National Park when it officially opens about a year from now. But the lion’s share of the work is complete thanks to Conservación Patagónica, and lucky folks like me and my trekking compadre are able to get a sneak peek now.

At 650,000 acres, Chile’s newest expanse of protected land will be almost as large—and many would argue as beautiful—as Yosemite. But imagine having the jaw-dropping Yosemite Valley all to yourself, getting to gaze up at El Capitan and Yosemite Falls without hoards of buses and camera-toting tourists (about 3.7 million a year, or roughly 10,140 each day) sharing the view. That sounds like heaven to me. And that’s what this place, where semi-arid Patagonian steppe meets temperate beech forests without a soul in sight, feels like.

When I get my feet moving again, we continue walking north up the Aviles Valley, crossing small streams and waterfalls that drip with vibrant green moss and delicate, bell-shaped, crimson blossoms. We take photos of the yellow budded, thickly thorned calafate bush and step over fascinatingly fibrous puma droppings. (We learn enough about animal spoor on this trip that my friend jokes we are well on our way to getting “Poo-h-Ds.”) We keep our eyes peeled for the big cats as well as for endangered huemul deer, but have better luck spotting Andean condors. The higher we get, the more of this otherworldly glaciated landscape stretches out before us. We have to fight the urge to continue beyond our turn-around-point, but the fleeting daylight and our lack of camping gear finally persuade us.

We use the newly built, beautifully engineered, but wildly wobbly suspension bridge to cross the deep gorge carved by the Aviles. After recovering our breath and balance, we refuel with a snack and begin the return trip down the west side of the river. Far below us, the broad Chacabuco Valley floor glows in the golds of late afternoon. I feel in awe again—of the light, of the landscapes, of the solitude, and of the magnitude of this national park-making undertaking.

Conservación Patagónica, founded in 2000 by Kristine Tompkins, the former longtime CEO of the Patagonia clothing company, has been at this for years, working to save and restore Patagonian wild lands and wildlife while generating opportunities for local communities. In 2004 the organization purchased the key piece of land to connect Jeinimeini and Tamango Reserves, and create Patagonia National Park: 173,000-acre Estancia Valle Chacabuco. This estate had been one of Chile’s largest sheep ranches, and the grasslands had been degraded by overgrazing and the native species had been crowded out.

Over the next days in the Chacabuco Valley, I meet enthusiastic park rangers, volunteers, and employees, and hike to alpine lakes, lenga forests, fields of wildflowers, and breathtaking viewpoints. I am amazed at the array of birdlife I see, from blue-billed ducks and upland geese to Patagonian yellow finches, buff-necked ibis, and flamingoes. I check progress on the construction of campground shelters and the visitor center, and learn about community education programs on conservation. I lounge at the gorgeous lodge, watching astounding layers of dark gray clouds, bright sky, and brilliant rainbows. I am amused by the antics of spirited guanacos, who obviously feel very comfortable here. I’m off the grid and in a pocket of paradise.

Plenty of work lies ahead, both in completing the park and in protecting the area. Big industry is pushing to build hydroelectric power plants nearby. Only time will tell if the protesting voices of the Aysén region will be heard in the faraway capital, Santiago. And only time will tell how Conservación Patagónica may influence national park policy and other conservation efforts across South America.

For now I am basking in the never-before-experienced feeling of having a whole national park to myself. A little selfish, I know. The good news is that even once Patagonia National Park officially opens, it’s unlikely to see the traffic jams of Yosemite Valley. (Did I mention it takes a lot of effort to get here? Try three-plus hours of flying from Santiago and five-plus hours of driving a challenging gravel road.) Even with a healthy number of visitors, it’s almost certain that you’ll still feel wonderfully alone with the amount of acres to explore. And I hope you do.

Amanda McKee is GeoEx’s Senior Editor. Her adventures have taken her from Bhutanese temples and Namibian salt pans to Patagonian estancias, Uzbek mosques, and the summit of Mount Kilimanjaro. 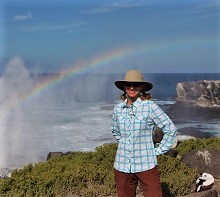 If you’d like to learn about GeoEx’s trips that visit Patagonia National Park and contribute to Conservación Patagónica, please see Untamed Patagonia and Chile North to South.