Festivals are one of our favorite reasons to plan travel anywhere in the world. The culturally rich and intriguing Oaxaca festivals in Mexico are as colorful as their names suggest, like Night of the Radishes, a locally adored Christmastime event. Below are some great festivals worth traveling for. 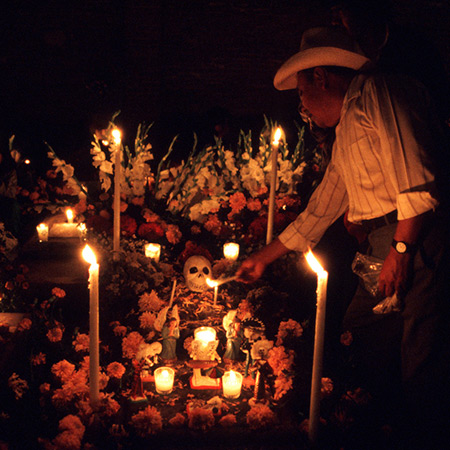 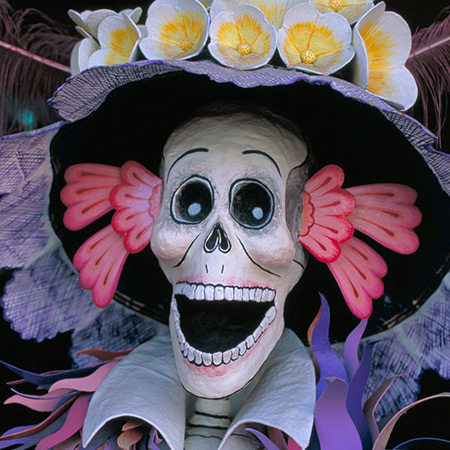 The Day of the Dead

No list of Oaxaca festivals would be complete without mention of the most famous of Mexican holidays, Dia de los Muertos. This Halloween-time festival honors the dead and simultaneously celebrates the fall harvest with altars overflowing with marigolds, candles, and delicacies prepared specifically to the taste of the departed ones. Our in-depth connections in Oaxaca grant you insider access to this mystical, often-private, affair in smaller community cemeteries to admire parades, decorative displays, and brilliant costumes.

Early October, traveling film buffs might like the annual Oaxaca Film Festival, where you can rub elbows with the international film community and gain industry insight in the context of colonial Oaxaca. International films are a focus with flics by big names like Clint Eastwood, Spike Lee, and Martin Scorsese. However, the key cultural highlight is an inside look at the top independent Mexican films alongside a Mexican audience and the excellent conversations issued from that experience.

Night of the Radishes

Long ago, the proprietors of local food markets would attract attention to their stalls with creative radish carvings made by farmers putting their woodcarving talents to good use. Because radishes grow in many sizes and shapes, the trend flourished over time with inventive displays from wild animals to elaborate nativity scenes. Radishes perish not long after they are pulled and carved, so it is perhaps the fleeting nature of the event that has added to its popularity. More than 100 contestants compete for prizes among thousands of spectators. Viewing lines are long, but Night of the Radishes is truly an authentic experience. 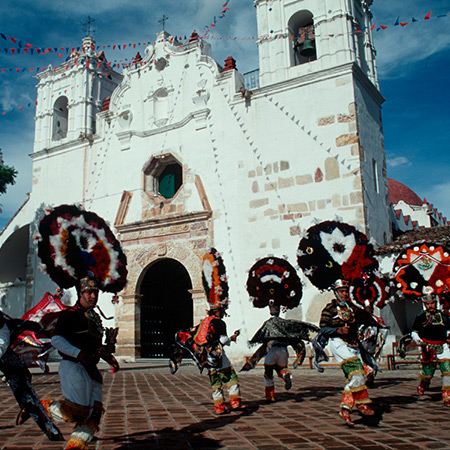 A key event among top Oaxaca festivals is the centuries-old Guelaguetza Festival held annually on two consecutive Mondays in July in Oaxaca City and surrounding villages. Since the arrival of the Spanish many Christian elements have been introduced to this traditionally indigenous event and today, the jubilee incorporates the unique customs of the state’s eight regions. Folkloric dancing, singing, and costumes of ribbon-trimmed floral embroidery make for an exuberant, photo-friendly affair. After each performance, dancers toss regional gifts to the audience in proper Guelaguetza style—to demonstrate gift giving and service to others according to the ancient Zapotec tradition. This is also prime time to savor the region’s local cuisine, including some of the best mole in Mexico.

While Oaxaca festivals may be the draw, there’s much else to appreciate about this part of the country, its food (Oaxaca is an agricultural hotspot), rich artisanal culture (superb craft markets), and archaeological treasures (two UNESCO World Heritage Sites).

The Oaxaca state is rated by the US State Department at a Level 2 advisory, as safe as France or Germany for travelers. Read more about safety here.

See Custom Mexico Itinerary Options
Travel is different now.
JOIN OUR LIST
Get the latest intel, insight, and inspiration from GeoEx delivered to your inbox.