Galápagos Family Adventure: The Trip That Changed Our Lives 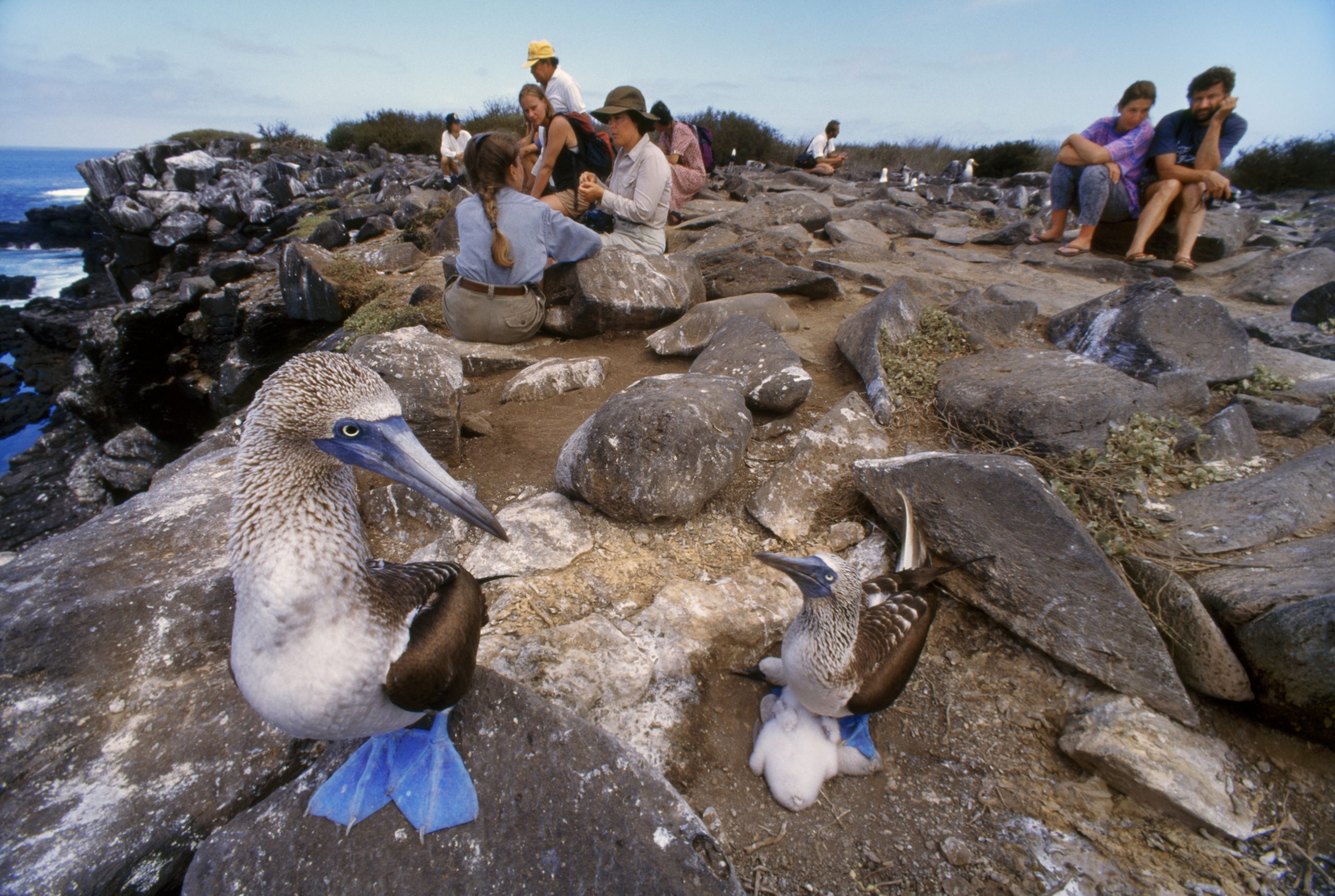 In 30 years as a travel writer and editor, I’ve been blessed with the op­portunity to take my wife and two children around the world. We’ve jour­neyed from Japan to Jamaica, France to Fiji, Australia to Yosemite. Of all the destinations we’ve been to and all the adventures we’ve shared, one continues to stand out as the place that changed our lives: the Galápagos.

We traveled there a decade ago. My daughter was turning 17 and my son 12, and my wife, Kuniko, and I thought this might be our last chance to put together one grand family fling before Jenny went off to college and Jeremy eschewed all travel with the folks. And what, we reasoned, could be more climactic than the Galápagos?

Our Galápagos cruise began late on a Saturday afternoon. After settling into cab­ins aboard our comfortable ship, meeting our guides, and hearing the first of our daily natural history lectures, 70 of us passengers and 6 naturalists piled into pangas (motorized Zodiacs) and headed for Isla Santa Cruz. As we cut through the waves, the warm wind scrubbed away my jet lag and the salt water on my lips awakened my senses. Jeremy took in his sur­roundings and, upon spotting a great black frigate bird soaring over us, wondered aloud at its wingspan.

“Wow!” said my son, reaching for his camera.

“You know what it’s looking for?” Paul asked.

“A booby,” Paul continued. “Frigate birds are the pirates of the skies. They snatch food from other birds, especially boobies. I’ve even seen them reach down the neck of a baby booby and take out the fish a mom or dad just fed it.”

“Look!” Jenny cried, pointing to eight bright yellow, platter-size leaves under the water, their edges gently flapping in the current. When the leaves began to swim, I thought my eyes were playing tricks.

“Golden rays,” Paul explained. They moved along with exhilarating ease, undulating in formation like oceanic Blue Angels. Jenny grabbed her camera. Click, click, click. In two hours we motored past a spectacular succession of wildlife: peli­cans up there, sea turtles over there, sea lions and sharks, two kinds of iguanas, three kinds of mangroves, hundreds of Sally Lightfoot crabs. Overwhelmed, all we could say was “Look! Look! Look!” as if the world were being reinvented before our eyes.

The discoveries continued, day after day. One morning on a walking excursion on Isla Española, Jenny and I had lagged a little behind the oth­ers. Suddenly, on the path right in front of us, a female blue-footed booby lifted herself to reveal a bright white egg.

“Dad!” Jenny cried, gripping my arm and pointing. The shell cracked and a new, wet chick appeared. We watched, stunned, as it struggled into the world and its mother plopped protectively over it.

Another day, at the Charles Darwin Research Station in the main town of Puerto Ayora on Isla Santa Cruz, we learned about one of the victories in the ongoing struggle to manage the effects of human presence in the Galápagos: some 2,500 tortoises have been successfully raised and repatri­ated on their native islands after being rendered nearly extinct by human predation and goats.

That afternoon, in a highland landscape of spindly evergreens, moss-draped cat’s-claw brush, and lush, broccoli-like scalesia  trees, we came upon a field where a group of these giant tortoises had paused on their laborious migration to the ocean. With their thick-ringed carapaces, scaly, bent-in legs, long, leathery necks, and squat, wrinkled heads, they seemed survivors of another age. Jenny recalled the previous evening’s lecture: “Fossils show that tortoises—or at least mammals a lot like tortoises—were alive when dinosaurs lived.” I squatted in front of one tortoise and tried to imagine the weight of the shell on my back, the slow, plodding journey over mud and rock and sand.

In ensuing days, we witnessed a bloody, head-butting battle between land iguanas, walked over ropy flows of pahoehoe lava, followed a zigzag­ging school of leaping dolphins, spied vermilion flycatchers and Galápagos penguins, explored moonscapes of rust-colored volcanic spatter cones, and contemplated repeatedly the sheer miracle that life had ever taken root on these distant, bleak, and barren islands. While snorkeling, Jeremy encountered a shark that was bigger than him, and on another day, a cou­ple of frisky sea lions singled Jenny out for an unforgettable 20-minute, somersaulting play date. Kuniko went from amazement at not having to use a zoom lens to enchantment at the way so many different species live together in raucous harmony.

Now, 10 years later, that trip weaves inside us and around us still. Jenny has become a marine biologist. Jeremy is studying in Japan, nur­turing the wanderlust that first took shape among those Ecuadorian is­lands. Our Thanksgiving conversations are still enlivened by sharks and sea lions, boobies, and iguanas. And as I recall the singular lessons of that enchanted place, it occurs to me that maybe we are unwitting accomplices in a greater evolution than even Darwin knew, one designed to bring back seeds of peace and wonder to plant in the hard rock of our larger world.

For a decade, Don George, the beloved and award-winning Editor in Chief of GeoEx’s blog, has been procuring captivating and compelling travel stories for us. His book, The Way of Wanderlust: The Best Travel Writing of Don George, features a heart-opening collection of his own evocative essays and tales from his career as a travel writer.