Egypt, Paris, and Me: A Trip to Egypt without Leaving France | GeoEx

Home » Wanderlust » Egypt, Paris & Me: A Trip to Egypt without Leaving France

Egypt, Paris & Me: A Trip to Egypt without Leaving France

I’ve lived in Paris for close to twenty years now and when I travel around the city, I’m constantly in awe of how beautiful it is. The poignant words of Ernest Hemingway always ring in my head, “If you are lucky enough to have lived in Paris as a young man, then wherever you go for the rest of your life, it stays with you, for Paris is a moveable feast.”

The architecture and historical monuments, designed with such stunning symmetry and perspective, are indeed a feast for the eyes. One of those perspectives is the Historical Axis, also known as the Triumphal Way, which runs from the Tuileries Gardens to the Arc de Triomphe and is dominated by an obelisk. Although this last landmark was classified as a national historical monument in 1936, it is not a French monument. The Egyptian Luxor Obelisk was given to France by Muhammad Ali Pasha in 1833. It is over 3000 years old, making it Paris’s oldest monument! And its twin is still situated at the original site in Egypt, at the entrance of the Luxor Temple. 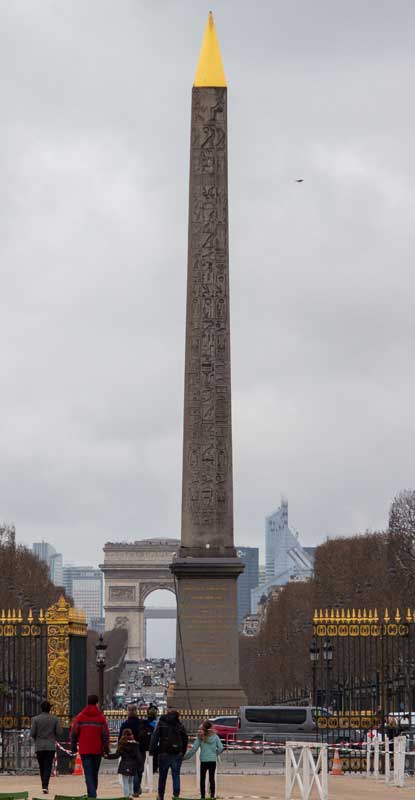 Paris and Egypt have been linked on several other occasions. Two of the most notable are the discovery of the Rosetta Stone in 1799 by Napoleonic French soldiers, and the construction of the Suez Canal in the 1860s, when Ismail, Muhammed Ali Pasha’s grandson, was ruling Egypt. Ismail intentionally divided Cairo into east and west areas because he wanted to build a Paris on the Nile. He then built two new boulevards in the old city and cut the city into quarters. Ismail’s new quarter was set on a French plan and was the organization of modern Cairo. This area is still called Ismailiya. 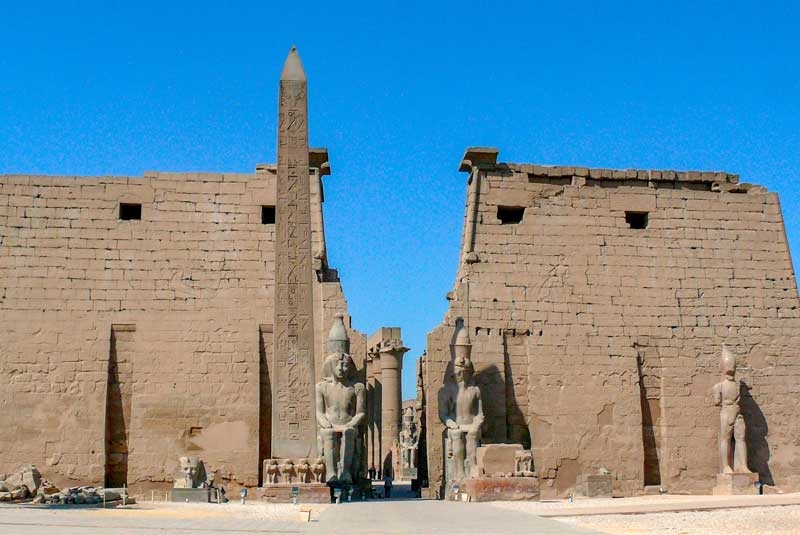 My first link to Egypt came in 1967 also in Paris, when, as a 15-year-old, I saw with awestruck eyes, in a carnelian-carpeted room of the Petit Palais, the extraordinary gold mask of King Tutankhamun, which had been discovered in 1922 by Howard Carter and Lord Carnarvon. That discovery astonished the world. Now, more than 50 years later, King Tut is returning to my hometown as part of the world’s final Tutankhamun tour, Tutankhamun: Treasure of a Pharaoh. Accompanying the king will be more than 150 original objects from the tomb, including more than 50 which are traveling for the first and last time. I have already booked my tickets! 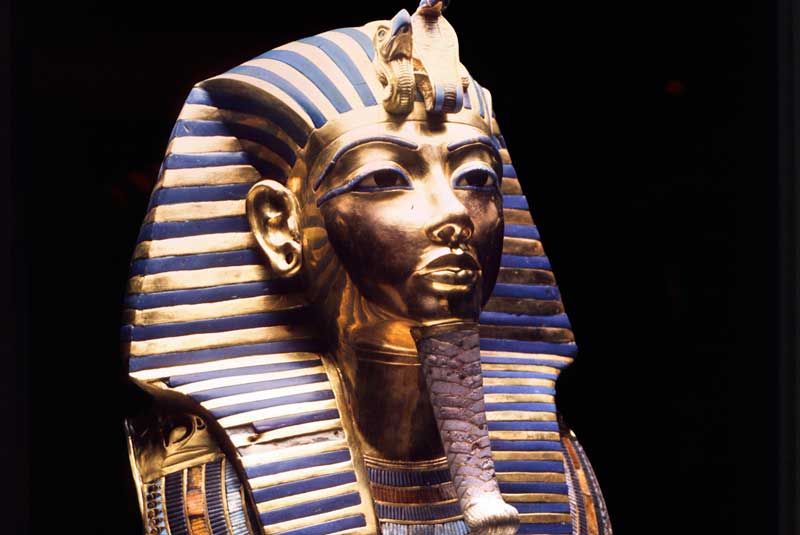 For me, the timing of this exhibition is wonderfully propitious, since I will be leading GeoEx’s specially designed Splendors of Egypt trip later this year. The 15-year-old boy who witnessed that first exhibition eventually became an explorer and traveller, and particularly during the 1980s and ‘90s, my numerous journeys to this pharaonic land were punctuated with extraordinary experiences and memories. Now, simply speaking the surname of the Pharaoh transports me to the desert and conjures pyramids, sarcophagi, mummies, and hidden treasures. 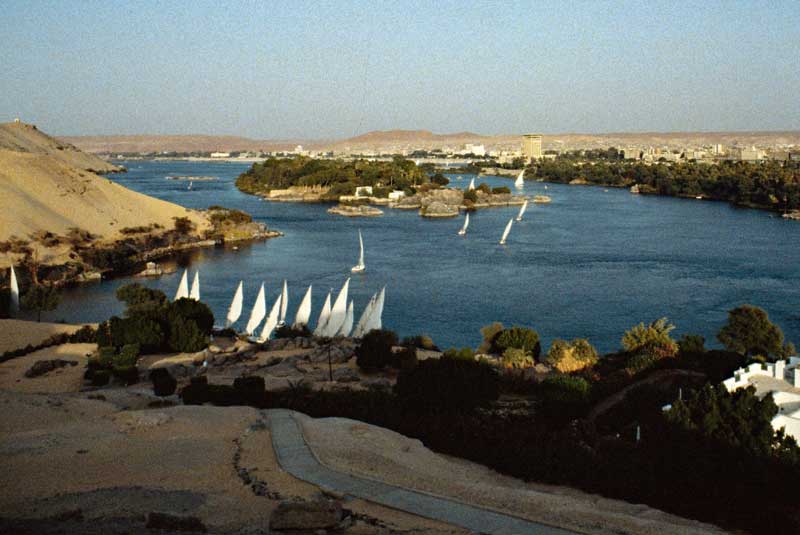 Dhows at Elephantine Island Aswan, as it was in 1984

Many of the temples were still used as dwellings when I first visited. During a trip in 1984, my group sailed down the Nile on the SS Sudan, the very ship used by Agatha Christie as the setting for one of her–and her fictional detective, Hercule Poirot’s–most famous outings. We saw Egypt at its most idyllic before travelling into Khartoum, where I was pointing out the White and Blue Niles when an unidentified warplane dropped five bombs on the city of Omdurman. “Time to return to the hotel for afternoon tea,” I said. 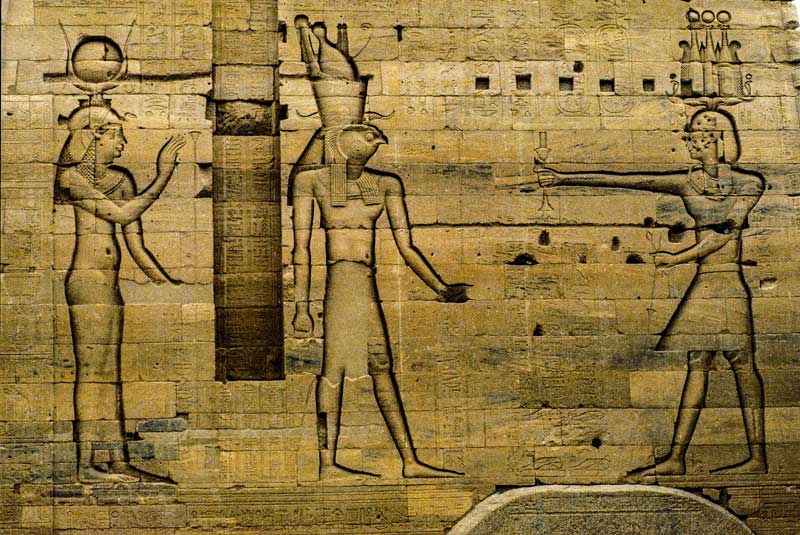 In January this year, when I was following the Frankincense Route through Saudi Arabia, I was reminded again that it was the Egyptian civilization which was the biggest consumer of frankincense, used for embalming purposes, and which gave birth to “Western Civilization” long before the greatness of Greece and Rome.

So many treasures, such a rich history. As I contemplate our upcoming journey, I am once again filled with the thrill of returning, to peacefully gaze upon these iconic monuments and temples as we glide along that storied river. I can hardly wait to share the myriad reasons why, as Egyptologist Toby Wilkinson famously said, “Egypt is the Nile, the Nile Egypt.”

Bill Jones, one of our most polymathic leaders, has led more than 100 trips across Asia and Europe. 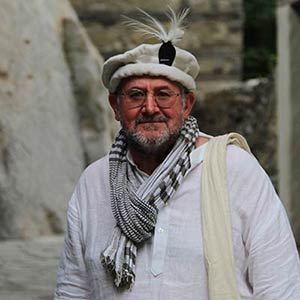 To find out more about our Egypt trips, or other group and custom journeys, call GeoEx’s travel specialists at 888-570-7108.