It’s no surprise that safaris originated in East Africa. Sit alone, still and quiet, close your eyes, and think of Africa. You will see vast open plains teeming with game, flat-topped acacia trees silhouetted against a warm setting sun, Maasai warriors wrapped in red blankets, spears glinting in the light. This is safari, which comes from a Swahili word meaning “journey” or “to travel.”

It was about 180 years ago that the first of the great explorers led an expedition to observe and record wildlife and landscapes. With hundreds of all-male porters in tow, these tough men typically rose at sunrise every day. They would spend an energetic morning walking, take an afternoon rest, and then conclude with a formal dinner, telling stories over drinks and tobacco. 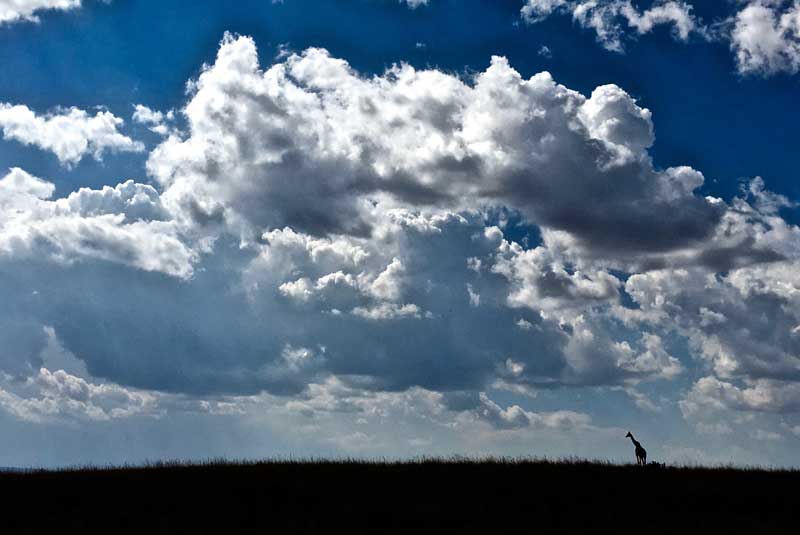 Today the safari experience is a much more family affair. Modern trips are enhanced by small planes, permanent camps and lodges, helicopters, comfortable game-viewing vehicles, and even WiFi! But none of these modern luxuries distracts from the true safari experience. You can still enjoy the dust in your hair, the wind in your face, the smell of woodsmoke, the big star-filled skies and the warm hospitality and friendliness of the local people. And of course the game, the abundant herds, the wild animals. In the wild.

We have just returned from a two-week East African family safari, and here is our tale.

Northern Tanzania is a spectacular wildlife destination. The Ngorongoro Crater, Serengeti National Park, and the Great Rift Valley are all well known, unfenced, and very well traversed by tourists. These iconic areas are breathtaking, but can, at times, be overrun with vehicles and people. What a treat it was then to stay at a private camp, in a private concession, at the heart of this world-renowned ecosystem. Little Chem Chem was our base and from there we explored the greater Tarangire / Lake Manyara ecosystem. 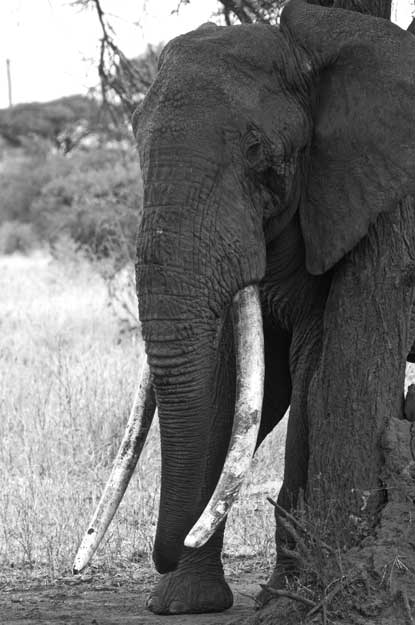 Located between these two national parks, Little Chem Chem manages and protects this important wildlife corridor. The dry season was the perfect time to be here, with animals from far and wide congregating along the Tarangire River. We saw elephants in abundance, including some wise old bulls with huge tusks. We enjoyed young lion cubs playing in the shade of a thicket. We watched lions hunt. We sipped gin and tonics around a fire on the edge of Lake Burunge, watching the sun dip below the Rift Valley wall. And we played with two tame banded mongoose, which are the camp pets!

After that exhilarating stay, a scenic flight took us past the highest free-standing mountain in the world, Kilimanjaro, and up the shoreline of the second largest lake in the world, Lake Victoria, to Kenya. 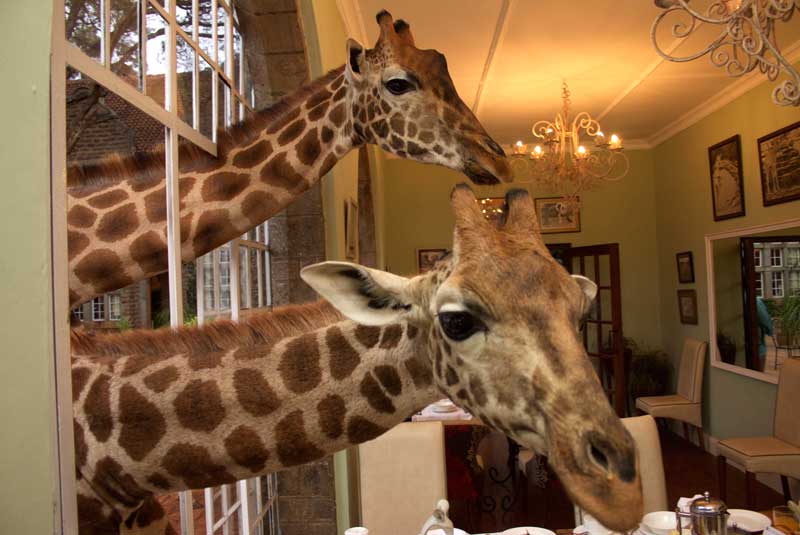 We began our exploration of Kenya in the country’s capital, Nairobi. After a delightful evening at Giraffe Manor, we ate breakfast with 12 Rothchild’s giraffes, plus a warthog or two. At the nearby Daphne Sheldrick Elephant Centre, our private tour allowed us to get up close (and dusty!) with the young elephant orphans. The Karen Blixen Museum took us on a nostalgic trip back to the original farmhouse, made famous by Meryl Streep and Robert Redford in the movie Out of Africa. There were also intriguing market treasures to peruse, including a plethora of local art and crafts; Kazuri Beads was a favorite stop, especially our tour of the factory, where 300 local women are employed! 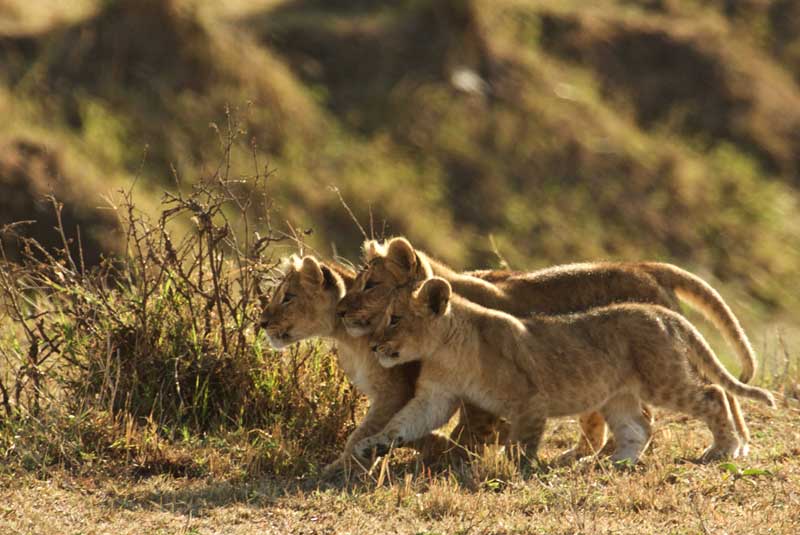 Then it was back to the bush. Richards Camp was a wonderful little tented camp in the heart of big game country. In partnership with the local Maasai villages, it allowed uncluttered viewing of cheetah, leopard, and lions. A quick drive into the neighboring Masai Mara Reserve offered us ringside seats on the edge of the Mara River. From July to September, this is the best place to see what has been described as the greatest wildlife show on Earth, the wildebeest migration. 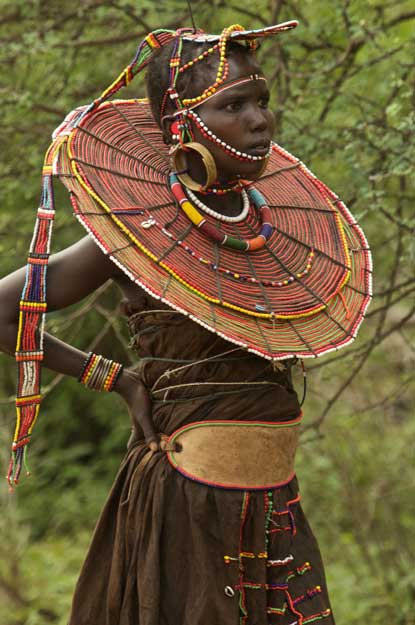 Experiencing this from the ground was fantastic, but floating quietly over this spectacle in a hot-air balloon really took our breath away, multiple times!

We then headed for Mount Kenya. Though not as high as Kilimanjaro, it was still snow-topped and spectacular. The nearby Laikipia is an area of ranchland where cattle, game, and the Samburu people co-exist. Sabuk was a beautifully located lodge, thoughtfully built into the surrounding rocks using natural materials. Outside showers, deep bathtubs, and old-school charm and hospitality invigorated us to explore the surrounding countryside. We found that it was best to head out on foot—or, even more fun, on camel! We also spent hours swimming in the river, fishing, making mud fights, crafting bows and arrows, and lazily reading books. This was a delight for both children and adults. 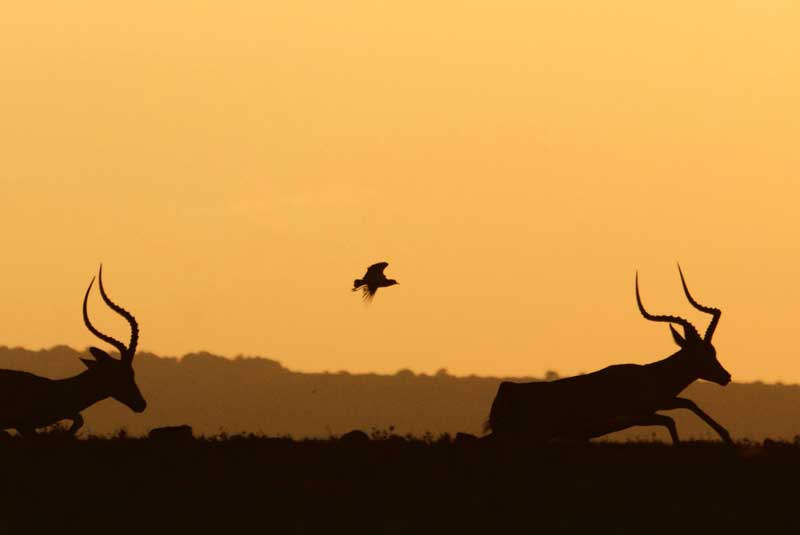 The highlight of the trip for me was the last stop, where we explored the Lake Turkana region in Kenya’s Northern Frontier District. Lake Turkana had been on my bucket list since I was four years old and discovered a coffee table book called Cradle of Mankind, one of the many Africana books in my father’s library. The book’s back cover photograph showed a smiling young Turkana boy emerging from the lake with a small dead crocodile over his shoulders. This book taught me that this area was the home of the Turkana people and also of the largest crocodile population in Africa and of the enormous Nile perch. I learned that it was first seen by Europeans in 1888 and initially named Lake Rudolf, that it is the largest desert lake in the world (and sometimes called the Jade Sea, since the waters shimmer green in the morning sun), and that ancient hominid fossils had been discovered on the lakeshore. I knew I had to go to this place.

It was, however, notoriously difficult to get to. You could take a monthlong camel safari, or drive for two weeks on bumpy, bone-rattling roads; safety and security concerns added to the inaccessibility—and the mystique and appeal—of the place. Happily, nowadays helicopters and experienced pilots, comfortable lodges, and a peaceful people make the trip far more accessible. Highlights of our visit included flying over 200,000 flamingos on Lake Lagipi, watching as the Pokot tribe celebrated the spring rains, and witnessing the gravity-defying rocks in the Hoodoo Valley, the multicolored soils of the Painted Valley, and the mighty Suguta River in flood. Here was a landscape that was otherworldly indeed, a truly wild place, well off the beaten track.

These are the riches of East Africa: You can game view, sundown, play in the mud, swim, rest, learn, shop, and explore. And you will make treasured memories that will last a lifetime.

Ernest Hemingway famously said, “I never knew of a morning in Africa when I woke up and was not happy.” This is especially true on a family safari with GeoEx: I can guarantee that you will awake every morning happy! 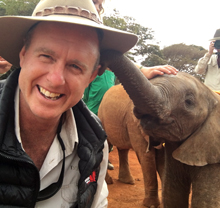 There are few wildlife hot spots in southern and East Africa that GeoEx safari guide Lee Fuller has not explored. His infectious enthusiasm for Africa’s wild places, along with his passion for sharing intimate local knowledge, make him the perfect guide to the riches of Africa.

To join our Kenya Family Safari or learn more about ways you can explore East Africa, call GeoEx’s destination specialists at 888-570-7108.