Bowled Over by Japanese Cuisine 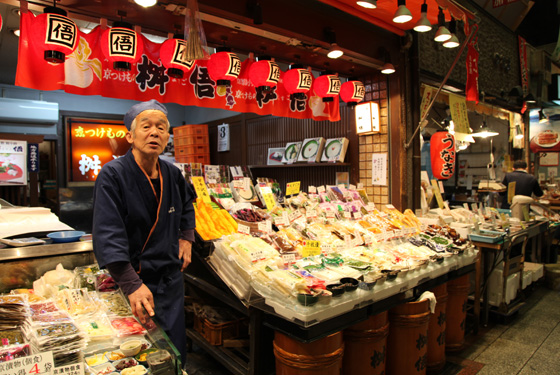 I’d been in Japan for only a day when I started taking pictures of my food. I won’t lie: I felt awkward pointing my camera at my plates in restaurants, but I had no choice. I couldn’t believe the gorgeous presentations of even the simplest items, fueled by rich culinary traditions. I only wished that my photographs could capture the wonderful flavors that my taste buds were registering.

Revelation struck the night of my first dinner in country. We sat at the bar of a charming, tucked-away eatery in the Gion district of Kyoto, chatting with the chef, nibbling on melt-in-your-mouth sushi, drinking deliciously foamy Kirin out of pottery cups, and grilling super-thin slices of beef on a mini ceramic stove. I pulled out my Canon to document the moment, realizing that I may have underestimated the culinary experiences we’d have on this 12-day cultural journey from Kyoto to Shikoku Island.

My group of travel companions and I went on to savor multi-course feasts at welcoming restaurants and ryokans (traditional inns), appreciating the artistic spreads—often in multiple tiers—of dainty ceramic ware filled with small bites. We learned to move our chopsticks from sashimi, edamame, and pickled vegetables to rice pots, shabu shabu (the Japanese form of beef fondue), and miso soup. We sampled the velvety-textured tofu for which Kyoto is known, filled up on the world’s best tempura in Nara, and tasted less familiar local delicacies along the way, including raw baby squid and cod testicles (which I gratefully washed down with sake). We enjoyed appetizing, unusual, and often exquisitely wrapped snacks from roadside stalls and markets. Even the shockingly ubiquitous vending machines offered wonderful surprises—like cans of hot coffee.

Arriving at Kaiyu, our Pacific-facing retreat near Cape Ashizuri on the island of Shikoku, we welcomed the relaxed, family-style meals and the delectable dishes that our charming hosts prepared, including eggplant stir fry, fish cakes with snow peas, organic salads, and incredible katsuo tatatki (seared bonito). In fact, we didn’t think fish could get any fresher or tastier until a couple days later when, at the fishing village of Kure, we entered the market, picked out a large silver bonito fish caught hours before, helped sear it over an open fire, and then sat down to dine at the adjoining restaurant, run for four generations by the same fishing family. After that meal, which also included the best hamachi (yellow tail) sashimi and octopus I have ever had, I could have died happy. One look at the pictures from that lunch and my mouth begins to water.

Nothing makes you appreciate your food more than seeing what goes into making it—and trying to do so yourself. We attempted to sculpt wagashi, the typical Japanese confectionary made of glutinous rice, into the elegant designs our chef demonstrated to no avail. And in a mountain village in Shikoku’s Iya Valley, we ground buckwheat under the watchful eye of charismatic women who’d made soba noodles for decades, but we could never roll the dough as thin as expected, nor slice the noodles as narrow as was the custom. We came out of both lessons grateful to have gotten our hands dirty and will never look at “simple” soba noodles or Japanese desserts the same way.

Come to think of it, I returned from Japan looking at many things differently. In the kitchen, I have a new flair for presentation and a reinvigorated love of tiny beautiful dishes. I make tea from roasted black beans I got from Mitsu-san, our host at Kaiyu, loving the deep rich flavor. I buy soba noodles, something I never did before, relishing their nutty notes and the fact that I don’t have to make them from scratch. I order sushi at restaurants in San Francisco, knowing that it won’t compare to what I ate in Japan, but it brings me back to that day in the Kure fish market and I leave satisfied.

Amanda McKee is GeoEx’s Senior Editor. Her adventures have taken her from Incan ruins and cooking classes in Japan to Galápagos isles, Uzbek mosques, Bhutanese temples, and the summit of Mount Kilimanjaro. 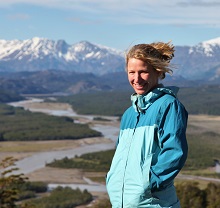 To find out more about this Journey Through Ancient Japan journey or other culinary-inspired travel, contact GeoEx at 888-570-7108.