Home » Wanderlust » Weaving the Silk Road from Xian to Rome

Weaving the Silk Road from Xian to Rome 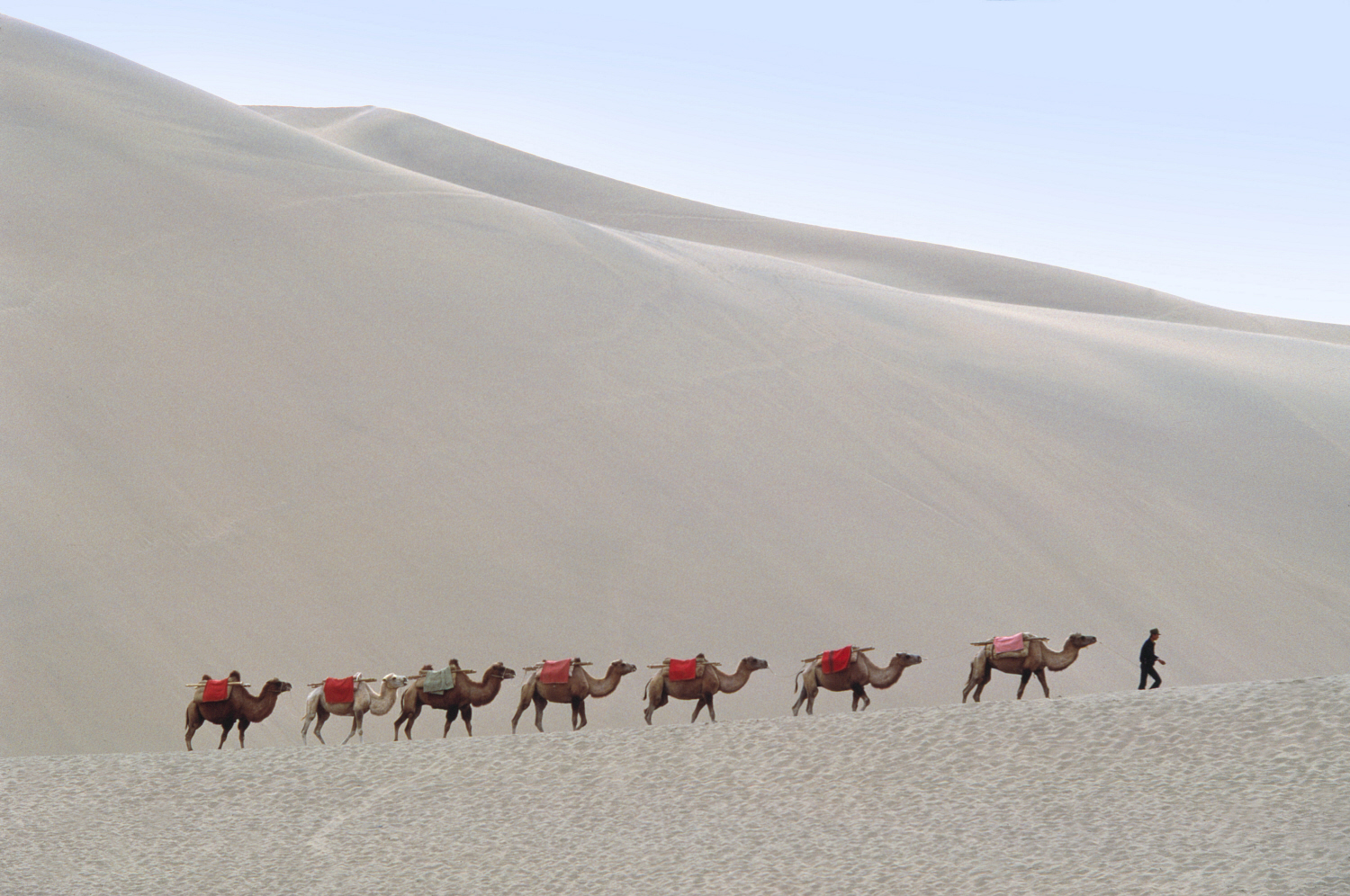 The trip title alone, The Silk Road: Xian to Rome, is enough to impress a seasoned traveler and to make most friends and family green with envy. Before I departed for Xian, China, in the fall of 2013, this continent-spanning journey was indeed all about the names, the enticement and excitement of such places as Esfahan, Dunhuang, and Samarkand. In my mind I had a vague understanding of these spots; most I could place on a map and many I knew to be capital cities—Bishkek, Kyrgyzstan; Ashgabat, Turkmenistan; Tehran, Iran; and Rome, Italy. But that was the extent of my knowledge.

Perhaps the greatest gift of a trip that visits so many places (7 countries, 17 wondrous cities) is the ever-present opportunity for those names and capitals to be transformed into something much more meaningful for the traveler, to take on the palpable reality of a camel caravan on a vast sand dune near Dunhuang, a sprawling market full of scents and sounds in Samarkand, the call of a muezzin in Istanbul or the toll of a cathedral bell in Rome—when simple geographic understanding expands into a sense of the region’s heartbeat.

My group of 14 travelers learned, for example, that Mashhad, Iran, our first stop in this beguiling county, is the site of the tomb of the national poet, Ferdowsi. Especially fortunate visitors to the tomb site, we were told, get to experience a rare rite – and luck was with us, for during our visit, a group of pilgrims began to spontaneously recite the enchanting couplets of the poet’s beloved “Epic of Kings.” Their melodic words, echoing against the mausoleum’s marble walls, floor, and ceiling, held us spellbound.

We learned that Ala Archa National Park outside of Bishkek, Kyrgyzstan, has deep, piney, bouldered canyons that look strikingly similar to the western range of the Rockies in my home, 7000 miles away.

We learned that Ashgabat, a Central Asian city of 700,000, is not only the capital of Turkmenistan, but that each and every one of its downtown buildings (543, according to the Guinness Book of World Records), is fronted with imported Italian marble, a government mandate that, in the words of our guide, taxed Italy of its reserves and caused the price of the stone to rise worldwide!

Of course, we each carried away our own individual lessons as well. One of mine was that while a taste of the East was both enthralling and edifying, there was something equally entrancing about places a little closer to home, a revelation that came to me on a midnight stroll through Italy’s Eternal City, when the turquoise waters and Baroque statues of the Trevi Fountain were mine alone, the perfect ending to this most epic of Road trips.

As I listened to the splash of the fountain, I thought back over this whirlwind 22-day journey, and realized that it had been a series of thematic introductions to an almost incomprehensibly vast panorama of history, cuisine, and religious belief, and that we had all been players in the still unfolding pageant of human connection between East and West.