I recently returned from a captivating railway tour through Russia to Mongolia on the Trans-Siberian and Trans-Mongolian Express. Here are some of the trip’s highlights.

Moscow was the starting point of our journey on the Trans-Siberian railroad, and an absolute highlight. We discovered a charming yet modern city adorned with beautiful architecture and rich with Russian culture and history around every corner. On the first full day of the trip, we explored the Moscow Kremlin, where President Vladimir Putin has his office and a helicopter pad for his commute. The complex also contains Russian citadels, palaces, cathedrals, and the enclosing Kremlin Wall and Kremlin Towers. 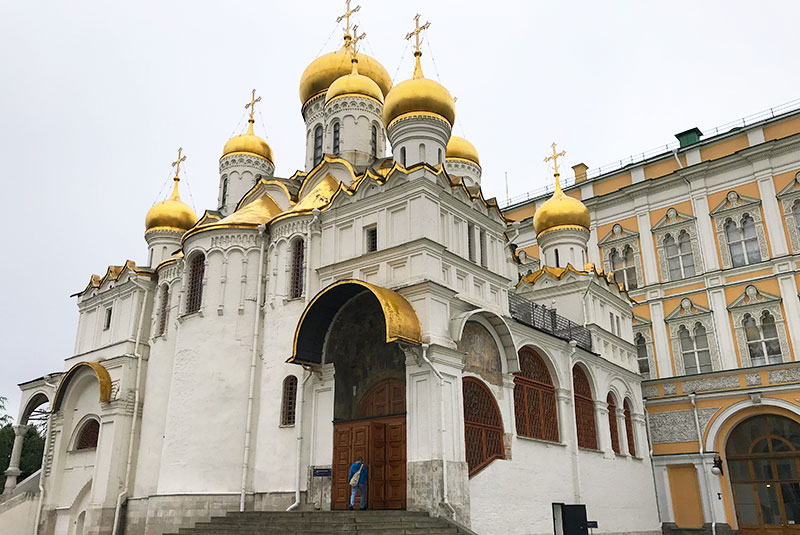 Next to the Kremlin is Red Square, which includes the iconic Saint Basil’s Cathedral and the striking red State History Museum, as well as Lenin’s Mausoleum and the huge GUM shopping plaza. We enjoyed exploring on our own here. 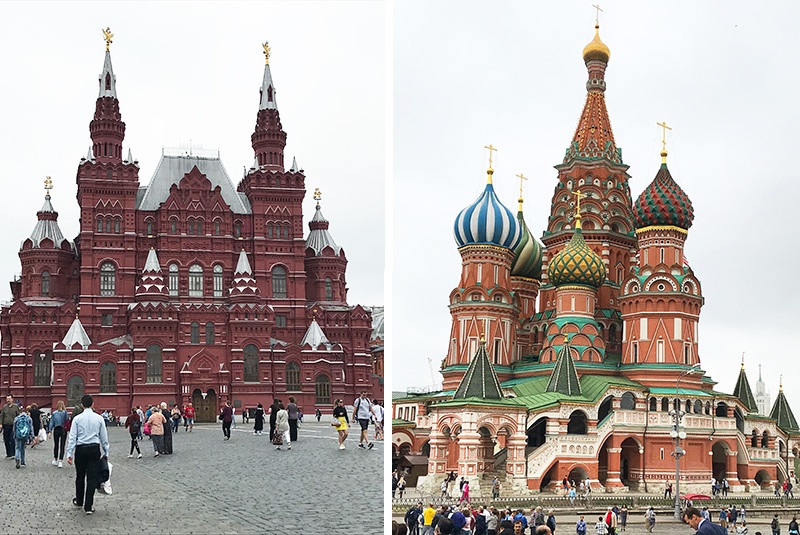 My favorite part of the day was riding the local metro train and getting to see some of the different—and all equally elaborate—stations. 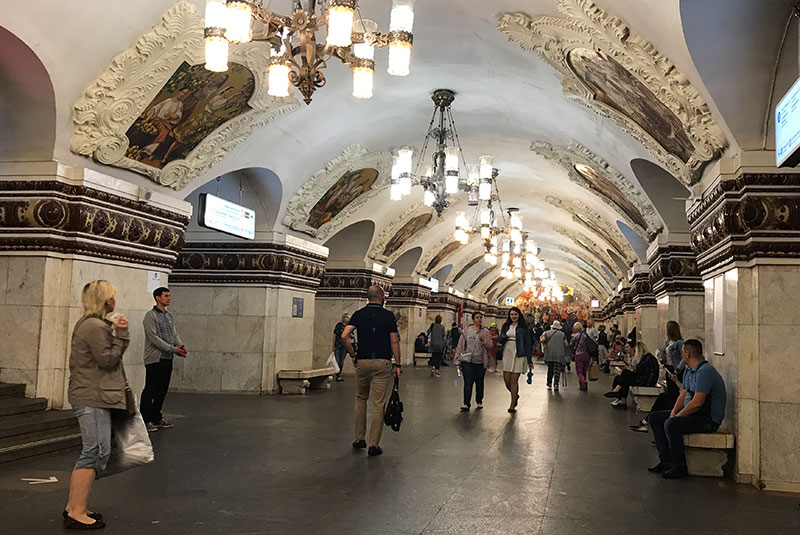 The Kul Sharif Mosque in Kazan was a highlight for me. It was stunningly beautiful inside and out, and an unexpected sight within Russia. 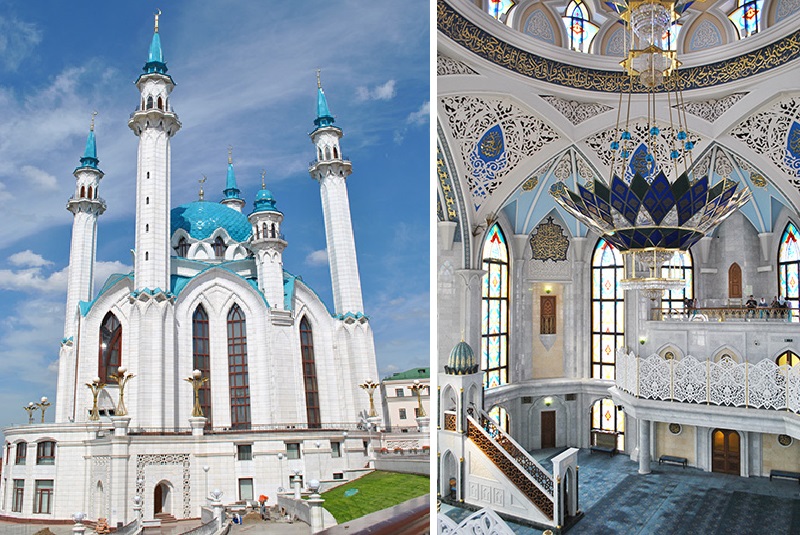 The Annunciation Cathedral within the Kremlin was another spectacular site. 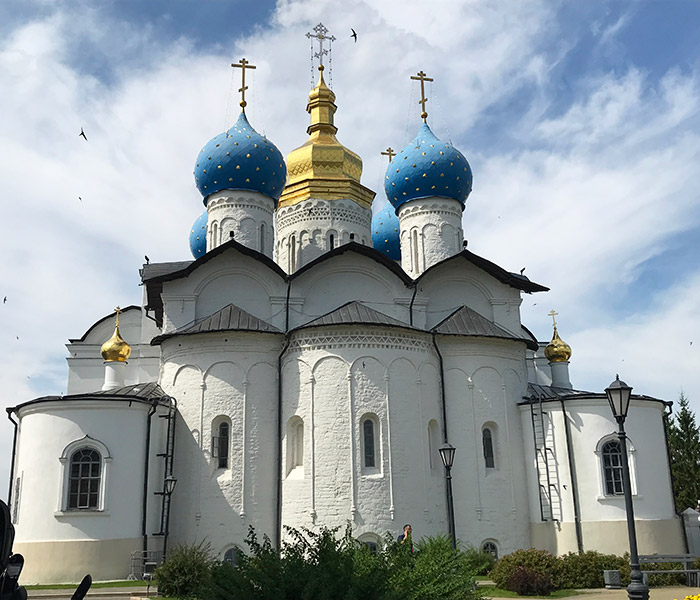 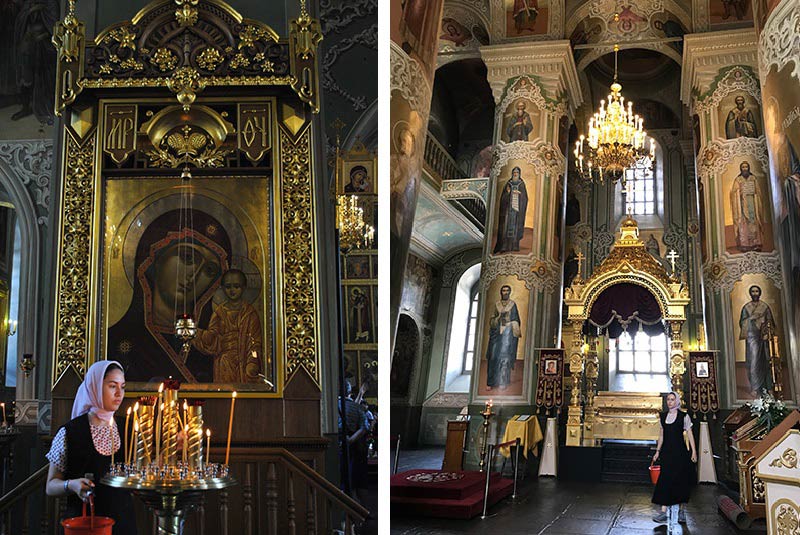 In Yekaterinburg, the most important landmark is the Church of All Saints—also known as the Church on Blood in Honor of All Saints Resplendent in the Russian Land—which was built on the site where the last Emperor of Russia and his family were shot by the Bolsheviks during the Russian Civil War. 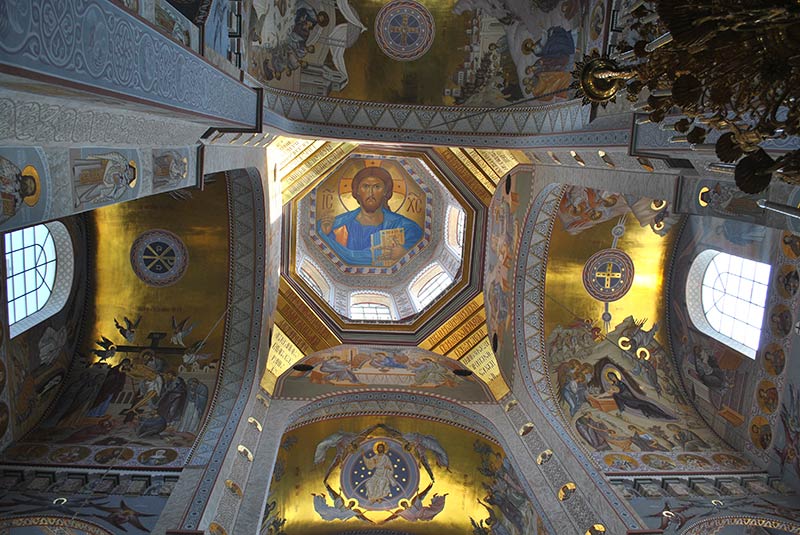 Getting to Know Novosibirsk

The main highlight of Novosibirsk is the famed Opera House, located in Lenin Square, which is one of the largest opera houses in the world. 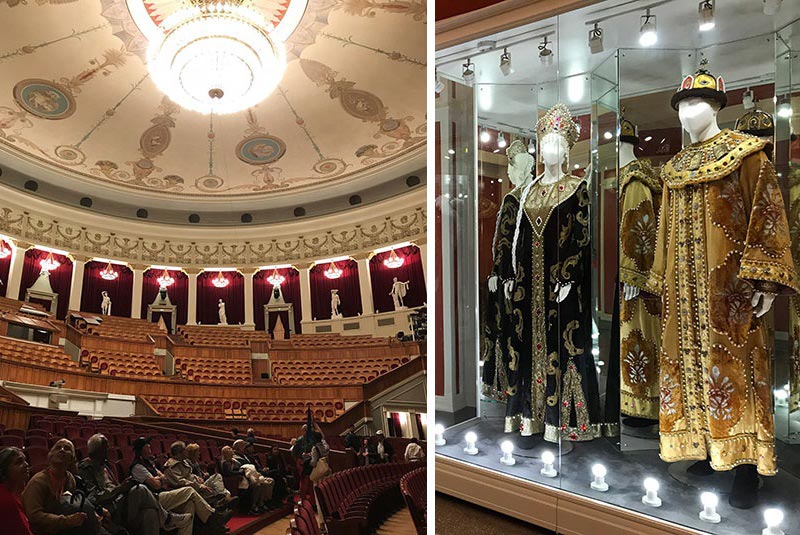 The Railway Museum enchanted with its display of locomotives and rolling stock dating from the late 1800s to the Soviet era. 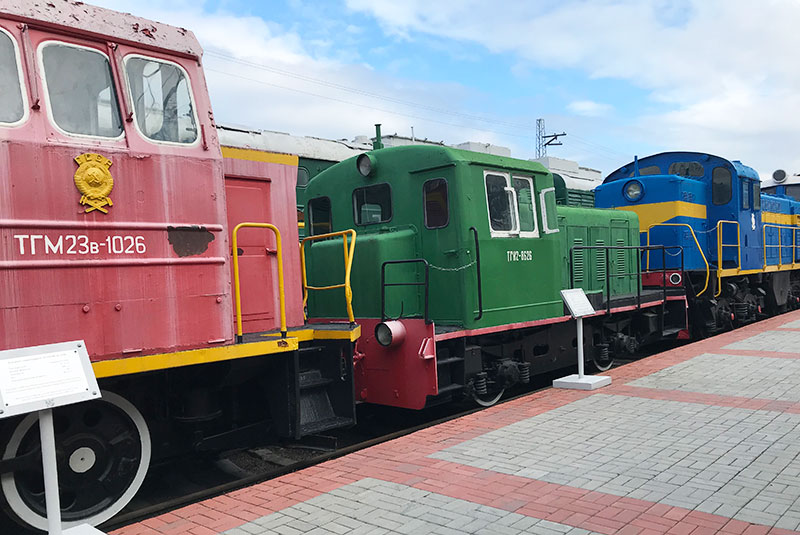 A cobblestoned showplace of traditional Siberian architecture, Irkutsk was one of my favorite cities on the trip. One highlight of our tour of Irkutsk was visiting a local apartment and having a candid conversation with the owner, who has lived there since the Soviet era, and her grandchildren. 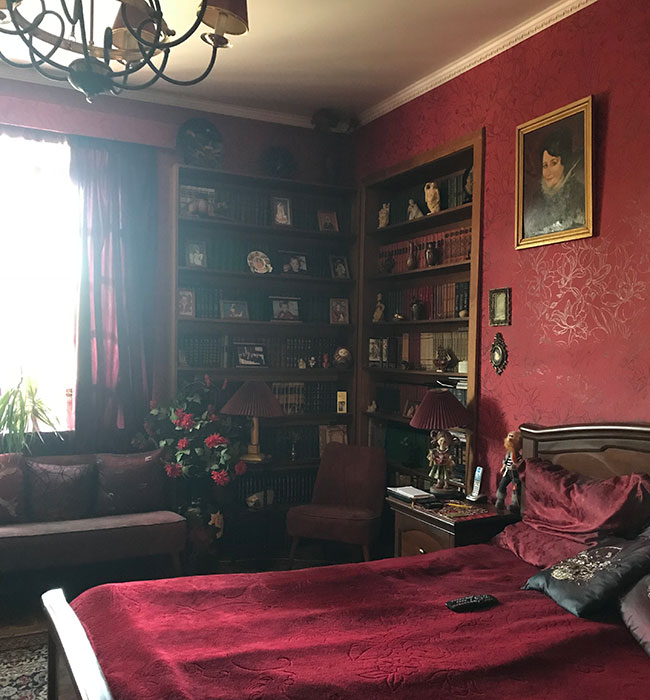 Another highlight was strolling through the local market! 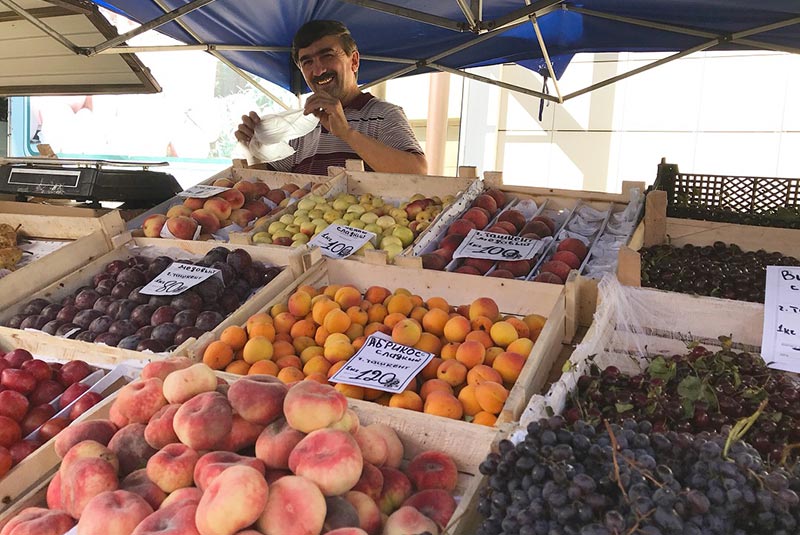 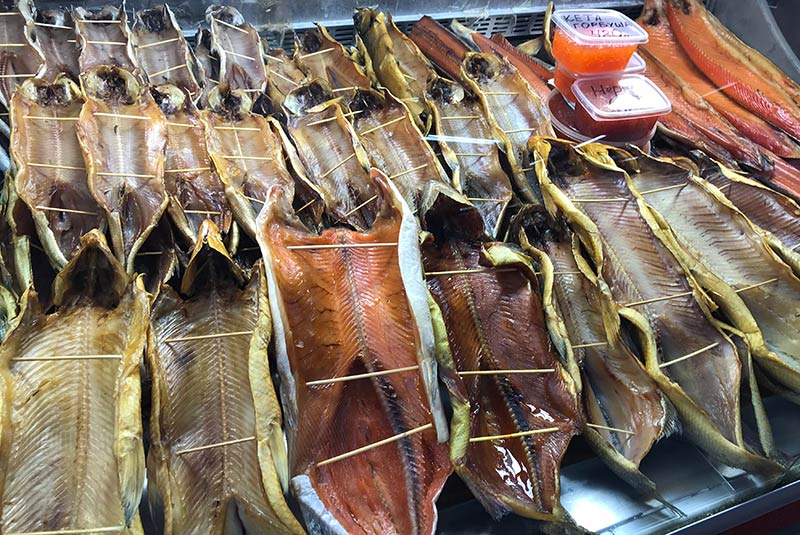 To cap off a great day in Irkutsk, we had a delicious homemade dinner at a traditional Russian dacha (summer house); we feasted on homegrown vegetables and homemade vodka, infused with herbs and honey. It was fantastic!

In the morning of our visit to Lake Baikal, the deepest lake in the world, some intrepid travelers took the polar plunge into the frigid water; the rite is supposed to help celebrants shed a few years. Later, we took a ferry across the lake to hike about one mile to a lovely viewpoint. 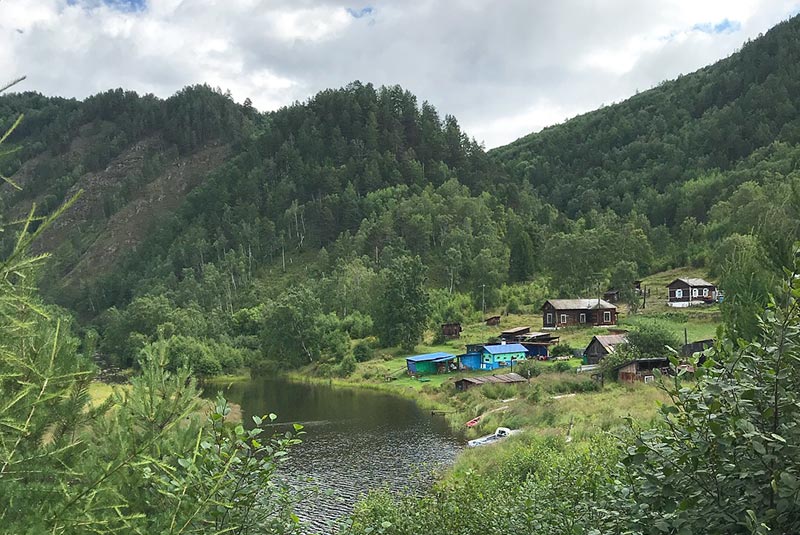 That night we enjoyed a yummy lake-side barbecue, featuring freshly smoked fish, against the backdrop of the setting sun. 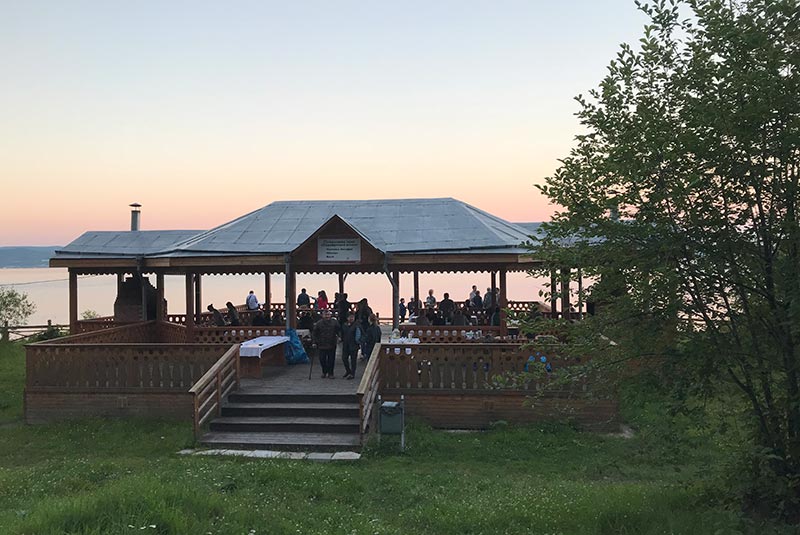 In Ulan Ude, the capital of the Buryat Republic, we found a mix of Russian and Mongolian influences. One highlight was visiting an Old Believers’ Village and stopping at a local home where the ladies, all wearing traditional dress, were eager to chat. 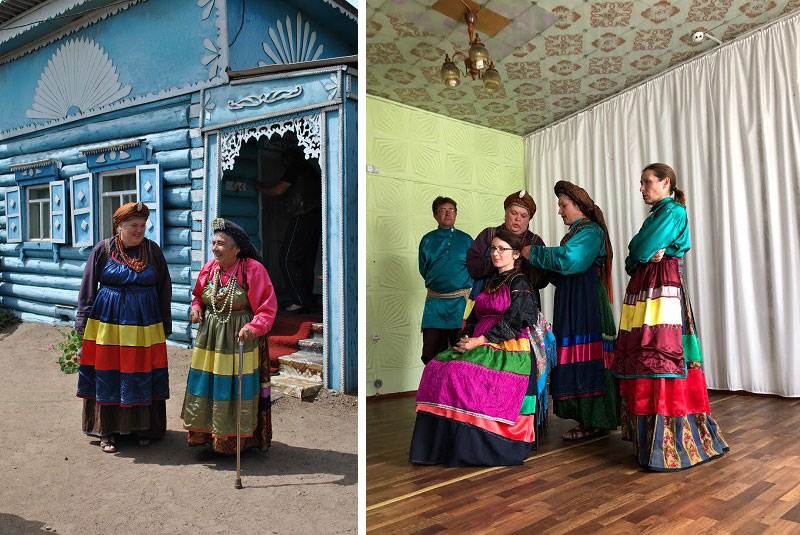 At lunch, some local residents performed a traditional song and dance. Then, very surprisingly, they pulled me up on stage and dressed me in traditional wear! They did the same to a gentleman in our group and then had us act out a traditional wedding. The vows involved shots of vodka, so fun was had by all!

In Ulaanbaatar, Mongolia’s capital, one highlight was Sukhbaatar Square, which houses an impressive statue of Genghis Khan as well as the Saaral Ordon (Government Palace). 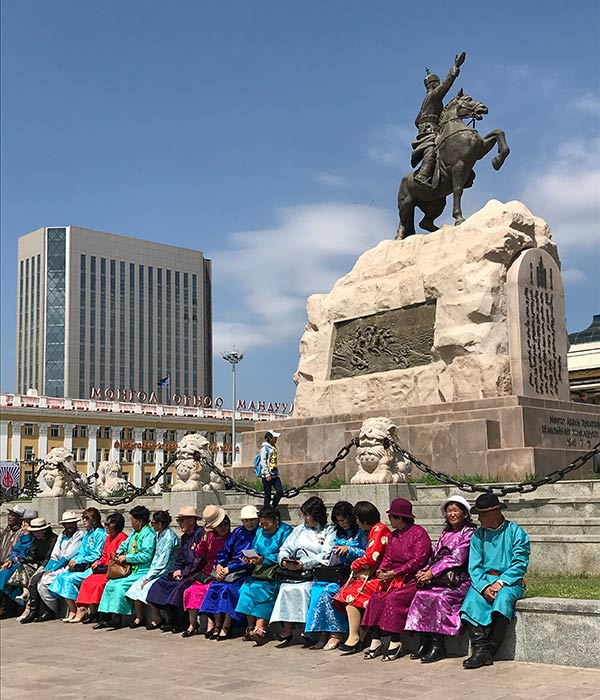 We also took in Gandan Monastery, where this stunning statue of Avalokiteśvara towers over visitors. 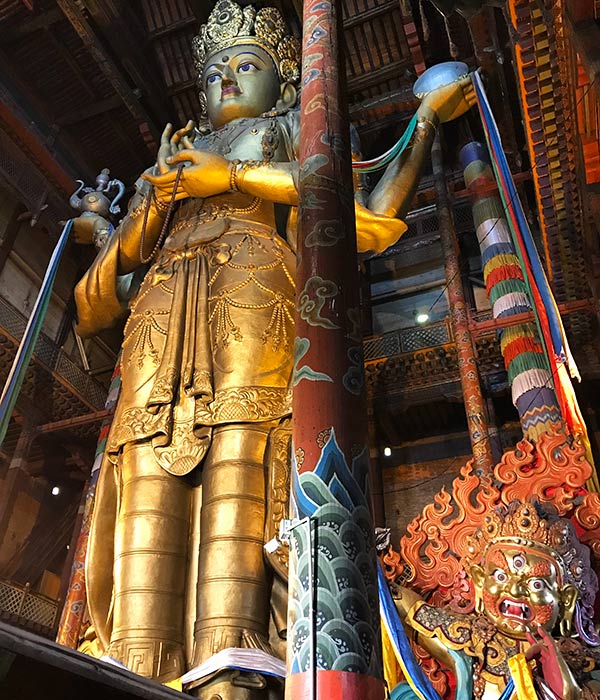 Traveling Aboard the Trans-Siberian Railroad

Traveling by train across Russia and into Mongolia was a wonderful way to go—in fact, it’s really the only way to cross this expanse. I loved watching the scenery pass by. The enchanting birch-tree forests with serene lagoons sprinkled in look like they go on forever. The land is so wild and so expansive, it seems likely that parts of it are completely unexplored. 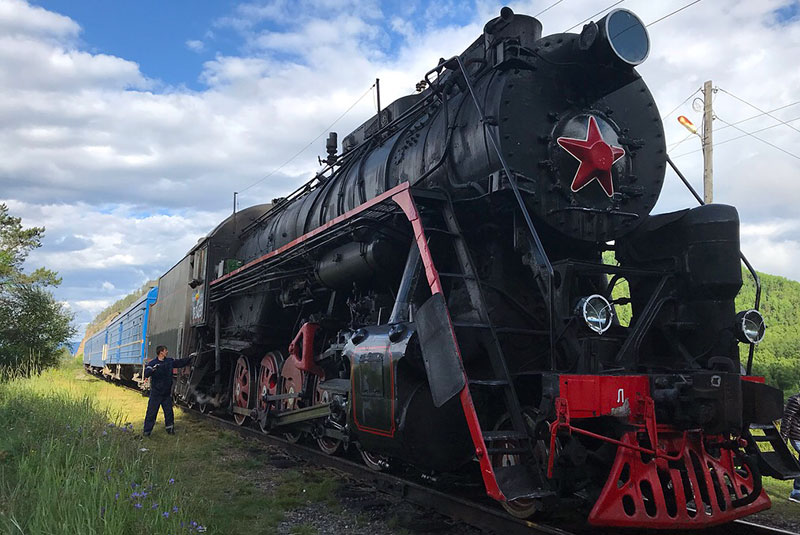 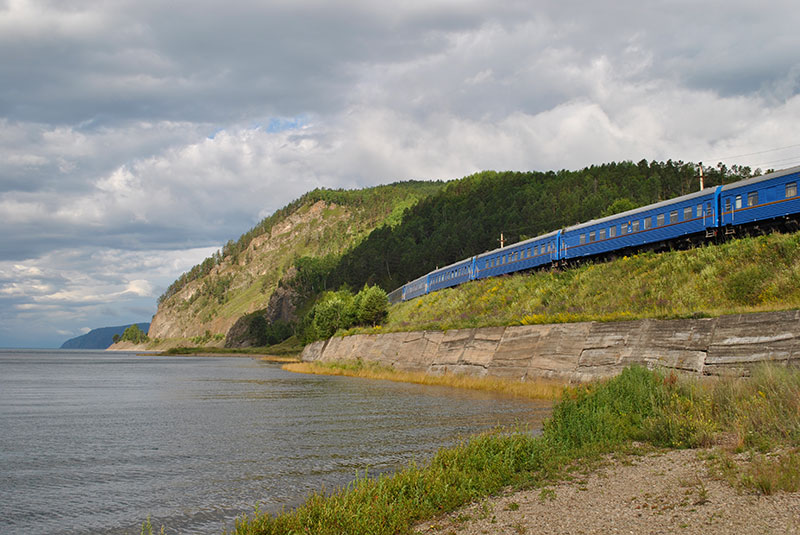 The Golden Eagle train is wonderfully comfortable. The staff took such good care of us while we were traveling, the food was delicious and prepared from fresh local ingredients usually bought the same day, and the expedition staff did a great job organizing and leading daily excursions. 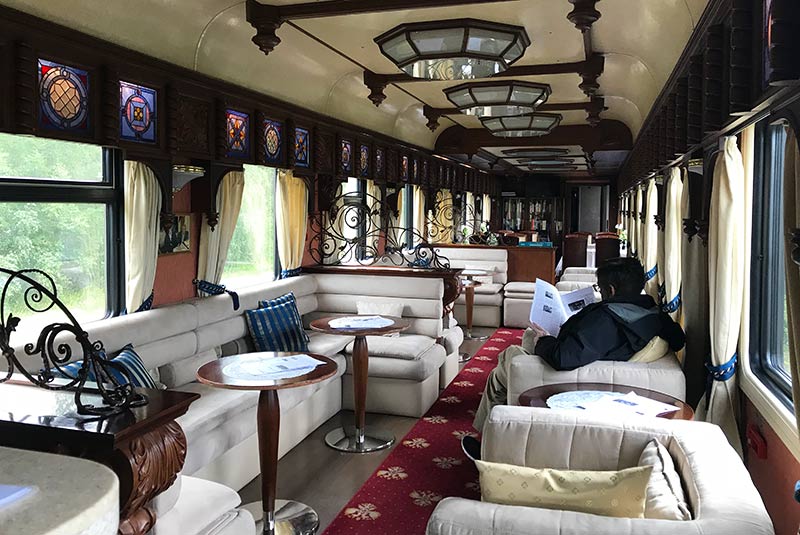 My only regret is that I wasn’t able to time my trans-Siberian railway tour to catch the Naadam Festival in Mongolia, which I hear is an important cultural event—and a highly entertaining one. I’ll just have to return to Mongolia to experience this celebration another time.

GeoEx destination expert Corinne Edwards has explored more than 20 countries, from Europe and Latin America to Southeast Asia and the ancient Silk Road. She loves helping to immerse GeoEx travelers in different cultures, as well as to share with them the planet’s incredible natural environments. 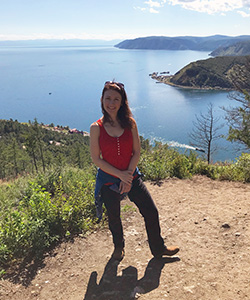 For more about traveling in Russia or experiencing the Trans-Siberian Express Railway, give GeoEx a call at 888-570-7108.