A Ticket to Vienna | GeoEx

Home » Wanderlust » A Ticket to Vienna

A Ticket to Vienna 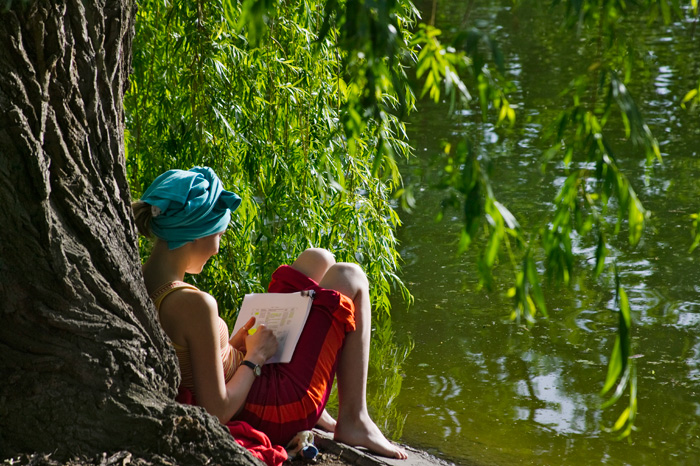 Editor’s note: Lonely Planet recently published an extraordinary collection of original tales, The Lonely Planet Travel Anthology, celebrating both the rigors and the life-changing riches of travel. The delightful story below, by acclaimed author Ann Patchett, is excerpted from that collection. Patchett received the PEN/Faulkner Award and the Orange Prize for Fiction for her novel Bel Canto. Her other novels  include The Patron Saint of Liars, The Magician’s Assistant, State of Wonder, and Commonwealth.

When I was 29 and living in Montana with my boyfriend, I took a year-long fellowship at Radcliffe College and moved by myself to Massachusetts. At the time I had thought it was too great an opportunity to pass up, but by the middle of October I could see what the decision was going to cost me. When I called our apartment in Missoula late at night, no one answered the phone, and when I did manage to reach my boyfriend, he was distracted, evasive.

Broken-heartedness was not upon me yet, but I could see it clearly up ahead—the bright lights of a car coming towards me in the night. I considered going back to Montana to stake my claim, but if the damage to our relationship was already done—as I suspected it was—then leaving Radcliffe just meant I would be out both a boyfriend and a fellowship.

In Cambridge the days grew shorter and colder. I trudged back to my tiny apartment from the library, past the Brattle Theater, past Sage’s grocery, past the American Express Travel Agency. Something about the travel agency stopped me. I looked at the posters hanging in the window: the Eiffel Tower, the white sand beaches of Tahiti. Maybe my assessment of the situation had been too limited. Maybe I didn’t need to be in Montana or Cambridge. I put my hand on the door and went inside.

I’m sorry travel agencies don’t exist anymore, at least not as the plentiful dream shops they used to be, those wide windows advertising the beauty of the world, the men and women behind the counter always there to help you go.

When I was 20 I’d won a writing competition, and the prize came with the explicit instruction that the cash award was to be spent on the winner’s development as a writer. That summer I bought a Eurail pass and knocked around Europe with a girlfriend until the money ran out. It was Vienna that stuck with me, the cafes that lined the Ringstrausse, the catacombs beneath Stephansdom, the glorious Hofburg Palace.

I had always believed that someday I’d go back. And so I left the travel agency that night with a plane ticket in my coat pocket and a week’s confirmed stay in a pension. I would go in December for my thirtieth birthday. The travel agent was impressed by my spontaneity, as was I. I didn’t have a lot of money in those days but there was enough for a single impetuous decision. Walking back to my apartment I found I had a different view of myself entirely: I was independent, adventuresome. I wasn’t sitting around waiting to see what someone else decided about my future. I was the master of my fate. I was the captain of my soul.

“Vienna?” my boyfriend said to me over the phone. “By yourself?”

I pictured a distant future in which people sat around a table at a dinner party, each guest reminiscing about what he or she had done on their thirtieth birthdays. I would tell them I went to Vienna. By myself.

I got a booklet of travelers’ checks and $200 in Austrian schillings. I got a new passport. At the end of November I told my friends in Cambridge goodbye and they wished me an early happy birthday. I packed my bag and put it by the door. My plan was to call for the taxi to take me to the airport at five o’clock. I sat down on the edge of my bed and waited. It was four, and then it was four-thirty, and then it was five. I kept telling myself to pick up the phone and call the taxi. I told myself that I could walk into Harvard Square and find one. It was five-fifteen. I had planned to get to the airport early. There was still plenty of time to make the flight. I sat there and looked at the clock. It was a quarter to six.

Was I not brave enough to go by myself? Was I afraid of missing my boyfriend? Was I sick? Scared? Was I having a premonition about a plane crash that I didn’t understand? I had no idea. All I knew was that I wasn’t standing up. I wasn’t picking up my bag. I wasn’t picking up the phone. It was as if there was something very heavy sitting on my head, holding me in place. It was six o’clock. I lay back on my bed, still in my coat, and cried. I was ashamed of myself. Four hours later I woke up with a fever and started vomiting. It went on like that for five days.

I can’t remember ever being that sick or that happy. Whatever it was that struck me down in my apartment would have struck me on the plane. And then what? I would be this sick in the airport in Vienna. I would have made it to the pension somehow, boiling with fever, not speaking German.

I called a friend who left ginger ale and soda crackers outside my door. I slept through my thirtieth birthday and the day after that. My boyfriend called to check on me. I got better. After Christmas he confessed that he’d fallen in love with one of his students.

We had lived in a furnished apartment in Missoula and didn’t own much. He mailed me what was mine in a few large boxes. Everything hurt and nothing killed me. I took my paper ticket back to American Express. The prepaid room in the pension was a complete loss but the travel agent told me I had one year in which to use the ticket to Vienna.

The autumn before I turned thirty-one I was living in Nashville. All year long I had heard the plane ticket ticking away in my desk drawer like a biological clock. I still planned to go and go alone but, having failed at my departure once, I was having a harder time making a commitment. In the meantime, I had been on three dates with a nice man named Karl who had recently been divorced. His wife had left him and he was very much adrift, having to rethink everything he knew about his life. On our fourth date, I looked at him across the table in the restaurant. He wasn’t a stranger, he worked with my mother, and yet he wasn’t someone I actually knew. But what did life ever come to without a few risks? I asked him if he wanted to go to Vienna.

Yes. He said yes, and then he said it again without giving it another thought: Yes. It reminded me of the night I had walked into the travel agency. I told him that, because of my ticket, we would have to go soon. He told me that soon was not a problem.

I hadn’t meant this as a dating strategy but it functioned as one just the same, so I pass this along as advice: If you meet someone you like, ask that person to go with you to Vienna.

As it turned out, we were in Vienna for Karl’s birthday, which was a couple of weeks before mine. We ate pastries filled with marzipan and walked along the Danube holding hands. In the catacombs we struck up a conversation with a young woman wearing a backpack. She was traveling alone. She was, I think, from Alabama. When we walked away, Karl said she looked tired and broke and that we should invite her to dinner, and so we went back and found her and brought her with us to a wonderful restaurant called Drei Hussars. We drank little glasses of freezing, syrupy vodka with peach pulp in it. I wondered if someone might have invited me to dinner had I made it to Vienna a year before, and then I remembered no, I would never have been able to leave my room.

Karl and I had made plans to spend half of our trip in Prague, but on our way to the train station he saw a very old set of silverware in a shop window. Since his divorce, Karl no longer owned silverware. In fact, he didn’t really own anything. After some discussion with the store owner, he bought the forks and spoons and knives and had them shipped to Tennessee. The transaction took longer than we expected and because of this we missed our train. There were no other trains to Prague until the next day. We stood in the vast station with our suitcases, looking up at the board.

“Budapest,” he said, scanning over our options. “I’ve never been to Budapest.”

I allowed that I had never been to Budapest either, and so we took that train instead, because at that particular moment it mattered more who we were with and less where we were going. In fact, that continues to be the case. Karl bought me a thin gold ring in Budapest to commemorate the day, and eleven years later I married him. We had been in such a rush and then were in no rush at all, proving that we were both impetuous and careful in the extreme. Proving that we were in love, and that Vienna was a city worth waiting for.