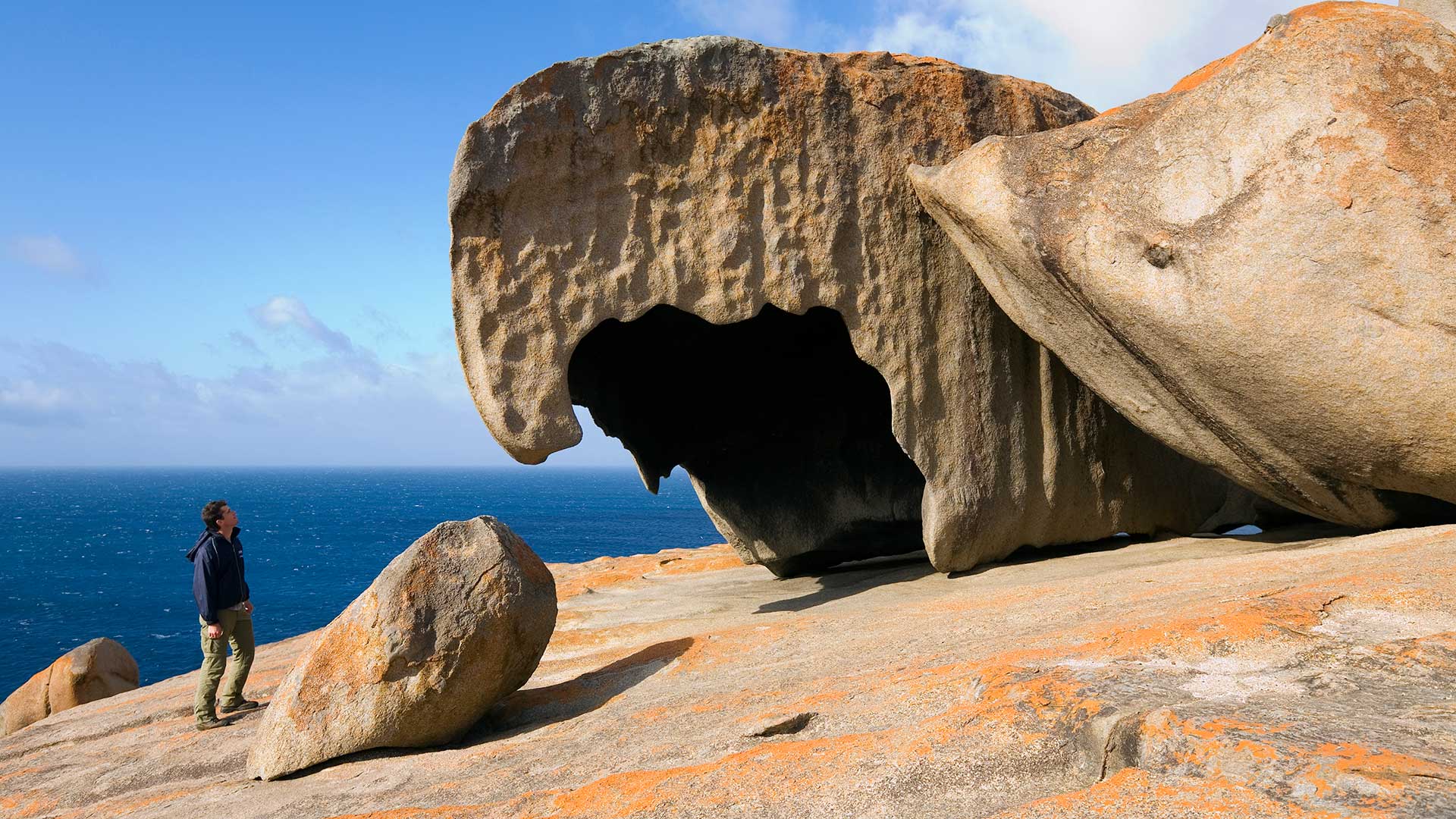 From a fully guided excursion to experience South Australia’s abundant wildlife to an insider’s look at Sydney’s buzzing food scene, Australia is awash in luxury experiences that are worth every penny. Prepare to be pampered at these three top-notch locales:

It’s been called everything from “Australia’s Galápagos” to “Oz in Miniature” for its abundance of wildlife, wetlands, bushland, forest, and incredible natural scenery, including towering limestone rocks and sheltered coves. In fact, more than a third of the country’s third-largest island is protected nature reserves. Travel by private charter to experience this isolated place (70 miles below South Australia’s capital city, Adelaide) where native animals―from mobs of lazing kangaroo and wallabies to egg-laying echidnas and tree-climbing koalas―thrive. 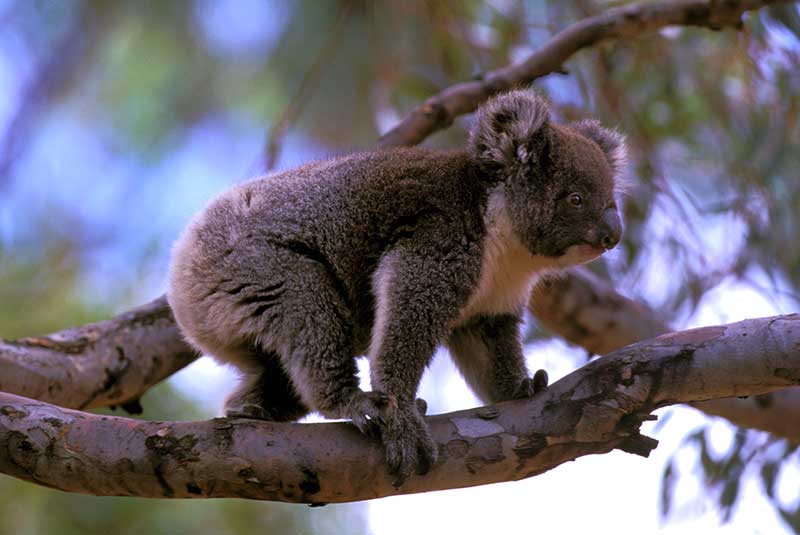 Once here, bed down at the cliff-top Southern Ocean Lodge, a beacon of modern boutique luxury overlooking spectacular Hanson Bay and neighboring both Flinders Chase National Park (home to a colony of New Zealand fur seals) and Cape Bouguer /Kelly Hill conservation areas, where you can wander among the mesmerizing stalactites and stalagmites of an intricate limestone cave system. Glass-fronted suites, bespoke furnishings, and gastronomical delights highlighting the flavors of the island are par for the course, as are luxurious spa offerings like signature facials and stone therapy massages. Signature guided excursions are another reason to visit Australia. Meet the playful, beach-dwelling sea lions of Seal Bay alongside a naturalist guide or discover local flora and fauna on a coastline meander high above the waters, as waves crash below. 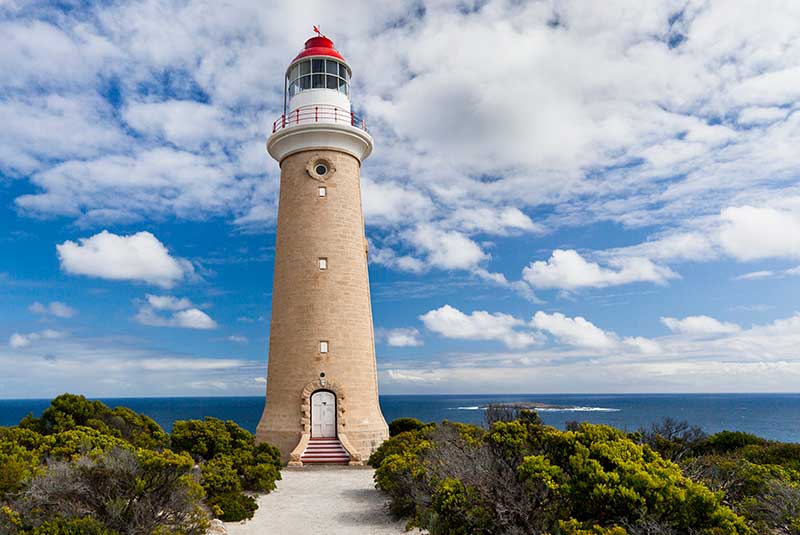 Back on the mainland, discover South Australia’s buzzing coastal capital, Adelaide, known for its many top-notch museums and cultural festivals. The city is also the gateway to the Barossa Valley, a renowned world-class wine region where visitors sip glasses of shiraz and riesling while overlooking endless vineyards. Enjoy some touring and tasting, then for true sumptuous living head up to Arkaba Homestead, an exclusive bush property and Luxury Lodge of Australia that sits on a 60,000 acre wildlife conservation, approximately four-and-a-half hours north of Adelaide by car. Spend your nights in one of the former 19th-century sheep station’s five rooms, each one individually styled in soft colors and set back in time―without TVs, telephones, or WiFi―and days embarking on guided luxury tours of Australia (like bush-walking, heli-hiking, four-wheel-drive safaris in search of red and grey ‘roos and the rare, yellow-footed rock wallaby, and learning the stories of Australia’s first people, the Adnamatna), while wandering among Arkaba’s rugged and ancient surroundings. This all-inclusive lodge sits in the shadow of the Flinders Ranges, a spectacular mountain range that stretches 265 discontinuous miles into the Australian Outback―and offers ample onsite amenities as well, including an in-ground pool for lounging and delicious meals made with local ingredients and served outdoors beneath a star-filled sky. 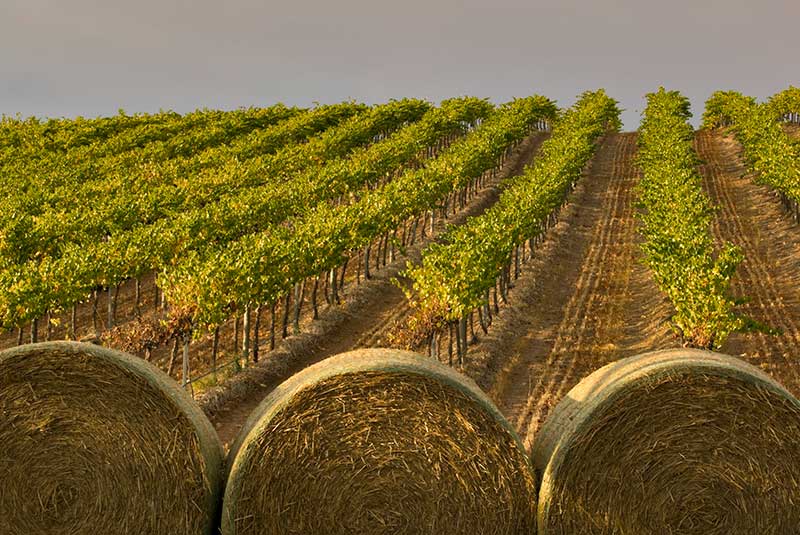 No trip to Oz is complete without a visit to its most cosmopolitan and photogenic city, Sydney, the capital of New South Wales. It’s home to acclaimed beaches like Bondi and Manly, a jaw-dropping harbor, and two of the world’s most iconic architectural sites: the Sydney Opera House and the steel-arch Harbour Bridge. Take in its incredible offerings with a stay at the Shangri-La Hotel, Sydney, a five-star downtown property that provides endless views, lavish spa treatments, and a luxurious central hub from which to peruse the city. When here, you can embark on a private yacht for an Australia luxury tour around Sydney’s waters, set out on a guided walk through historic neighborhoods like Circular Quay and Millers Point, day trip to see the dramatic scenery of the nearby Blue Mountains, and take advantage of the city’s ever-expanding global food scene with multi-course meals at some of its hottest restaurants. 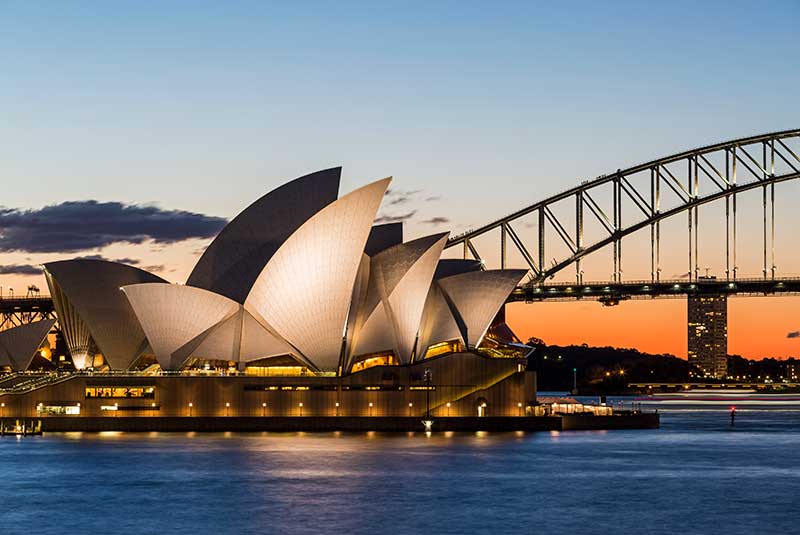 To find out how GeoEx can customize your private Australia journey, call our destination experts at 888-570-7108.