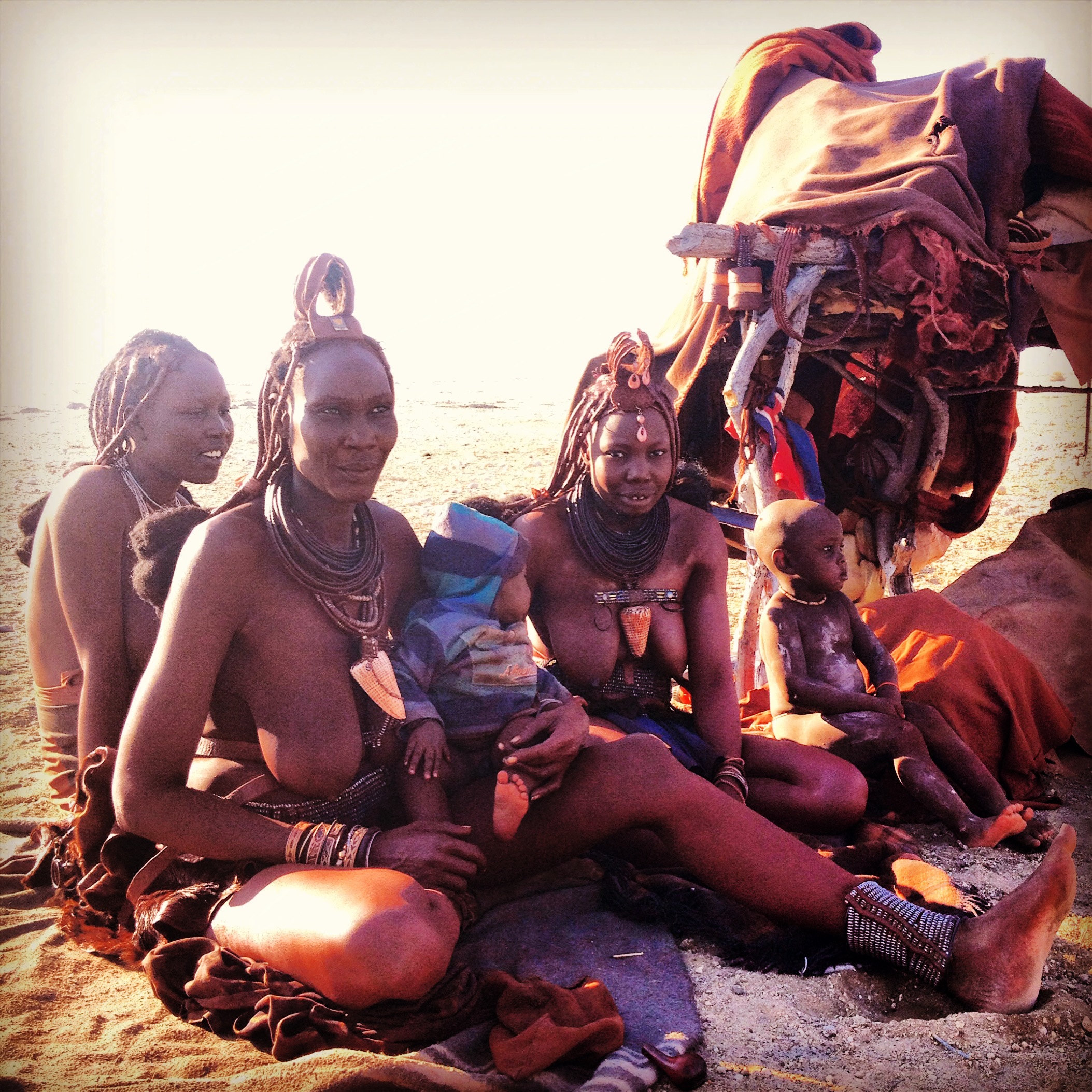 Some would argue that Namibia’s semi-nomadic tribe, the Himba people, are among the most beautiful in Africa. During my visit this past June, I had a hard time disagreeing. And not just because of their physical appearance. Their beauty emanates from within. Even with cultural differences and a language barrier, I felt like a welcomed houseguest during my much too short visit.

After an enchanting night at Serra Cafema lodge, my group and our guide, Jeremiah, headed across the moonscape land in search of the Himba people. As they recently had relocated themselves to be closer to water, the drive was a little longer than originally expected. However, the fascinating scenery along the way was a treat all on its own and a welcome journey.

When we arrived at the Himba camp, Jeremiah greeted them first to make sure they were ready for visitors on this particular day. After the invitation to join them, we began to say hello and introduce ourselves. We were quickly met with warm smiles and handshakes. The question of possible intrusion immediately vanished from our minds as the Himba started to teach us about themselves.

The women were covered head-to-toe in a special mixture of ochre and animal fat that served for both beautification and practical purposes – it helped protect their skin from the hot desert sun. I couldn’t help but be curious and after demonstrating how it was prepared, one of the women applied some all over my face, having a good laugh while doing so. Presumably she was as enthralled with me as I was with her.

After a few hours, I was feeling connected and gaining more of an understanding of what the Himba daily lives were like. I was impressed and humbled just to be in their presence. These kind souls live off the land with the absolute bare necessities, traveling when needed to search out food and water for themselves and their cattle. And all the while possessing a joy and happiness that is not only contagious, but purely, undeniably, and absolutely beautiful.