I had been hearing about Chilean Patagonia for decades. People said that it was a place of soaring beauty and soul-healing expansiveness, that they had lost and found themselves there. I’d seen photos of sharp towers and snow-covered peaks, serpentine rivers, and glinting lakes. But as with so many of the planet’s special places, nothing could prepare me for the reality of experiencing the sights of Patagonia in person. Its scale was so humbling and exhilarating, its beauty so etched and all-encompassing. It swept me away until I lost all sense of self and became one more tiny part of something infinitely sublime. The only thing you can do in such a sacred place is surrender. And so, I did.

Here are seven views in Patagonia that especially touched and transported me. 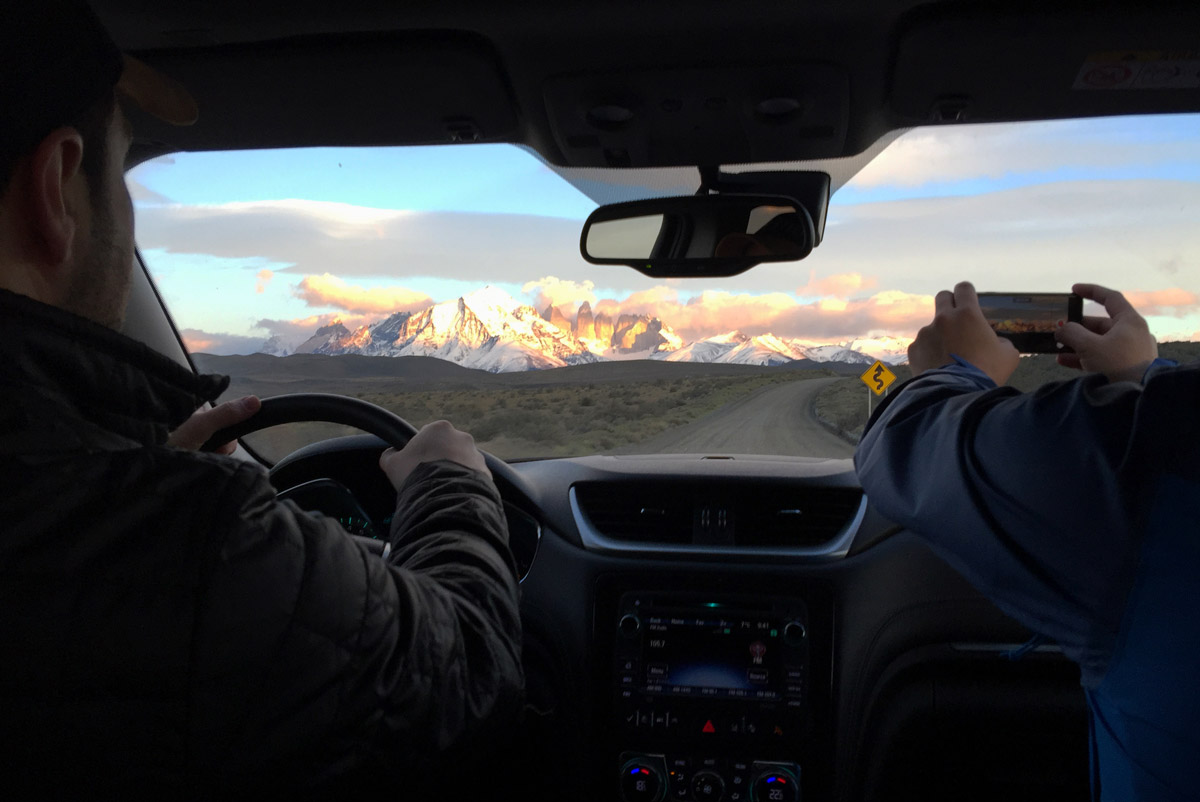 This was our introduction to Torres del Paine National Park, driving with our two engaging and enlightening guides into a spectacular early morning mountainscape. 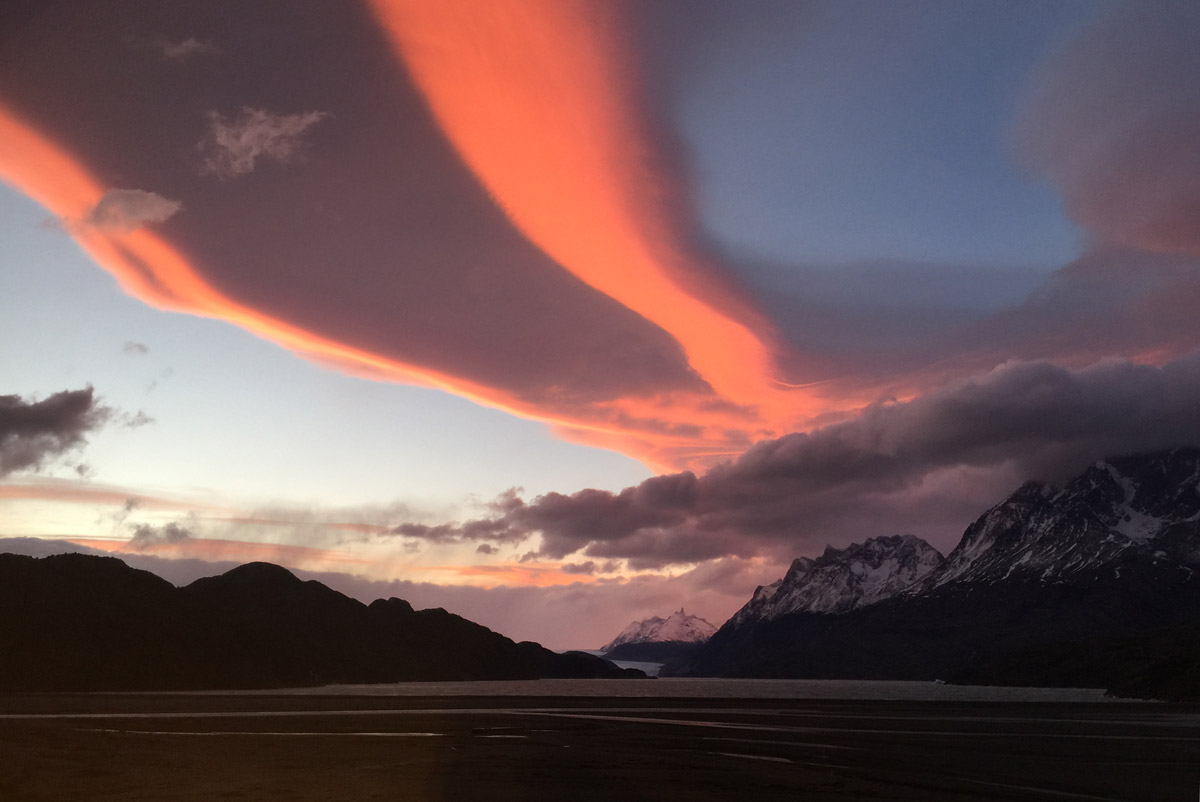 The clouds astonished us on our first morning—a sweeping sky-stream that mirrored the rivers below. 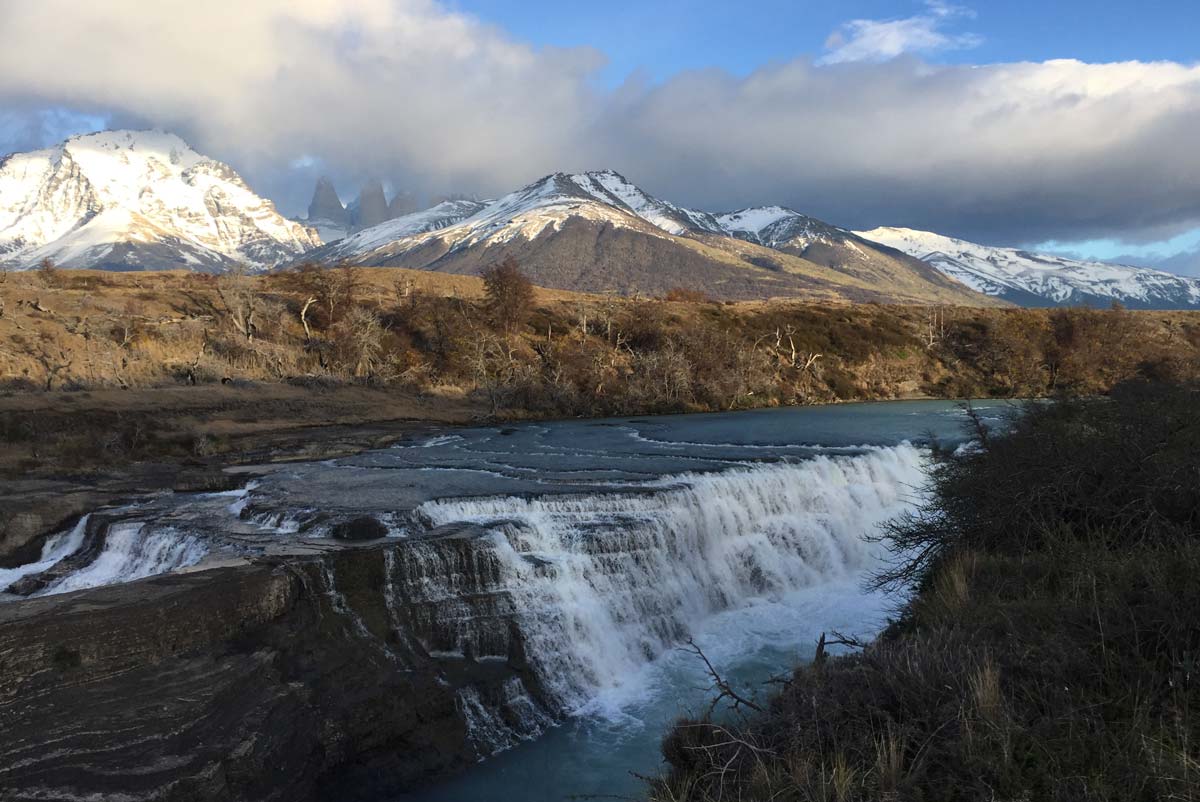 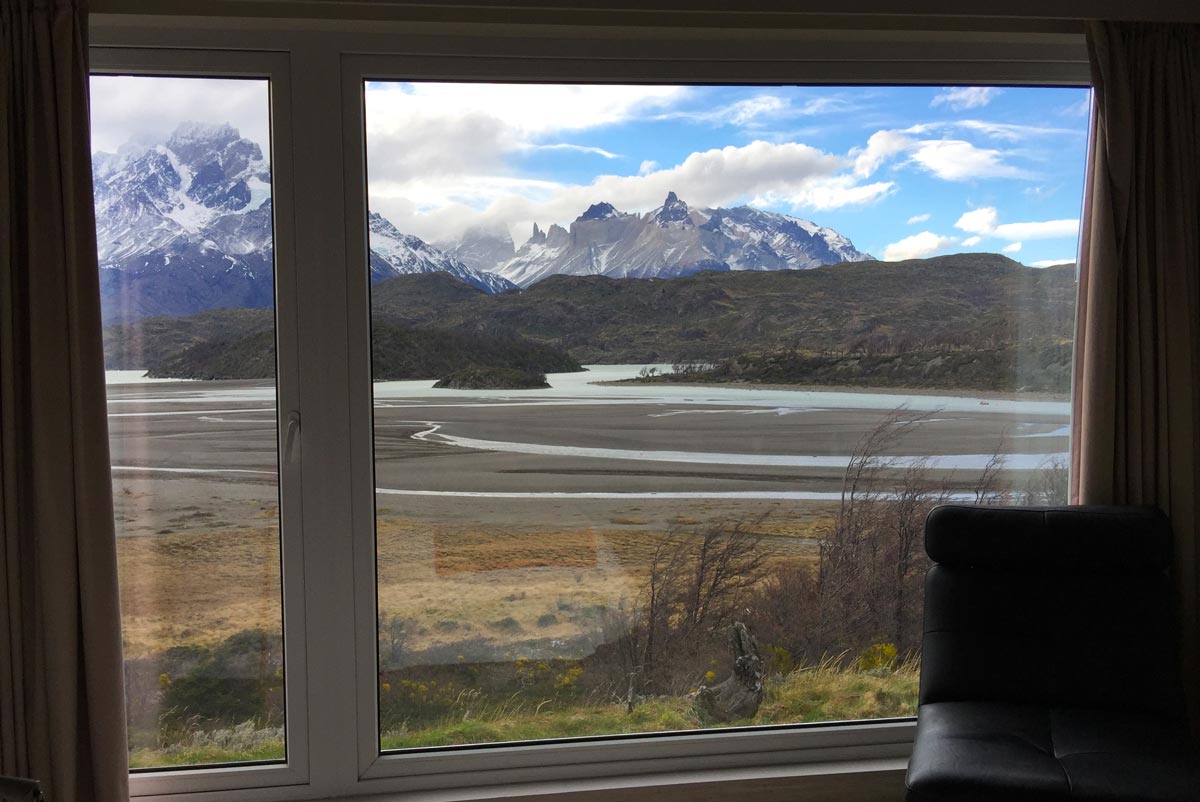 We stayed at the Hotel Lago Grey, which welcomed us with this sight on our first afternoon there.

5. A Room with a Shaking View 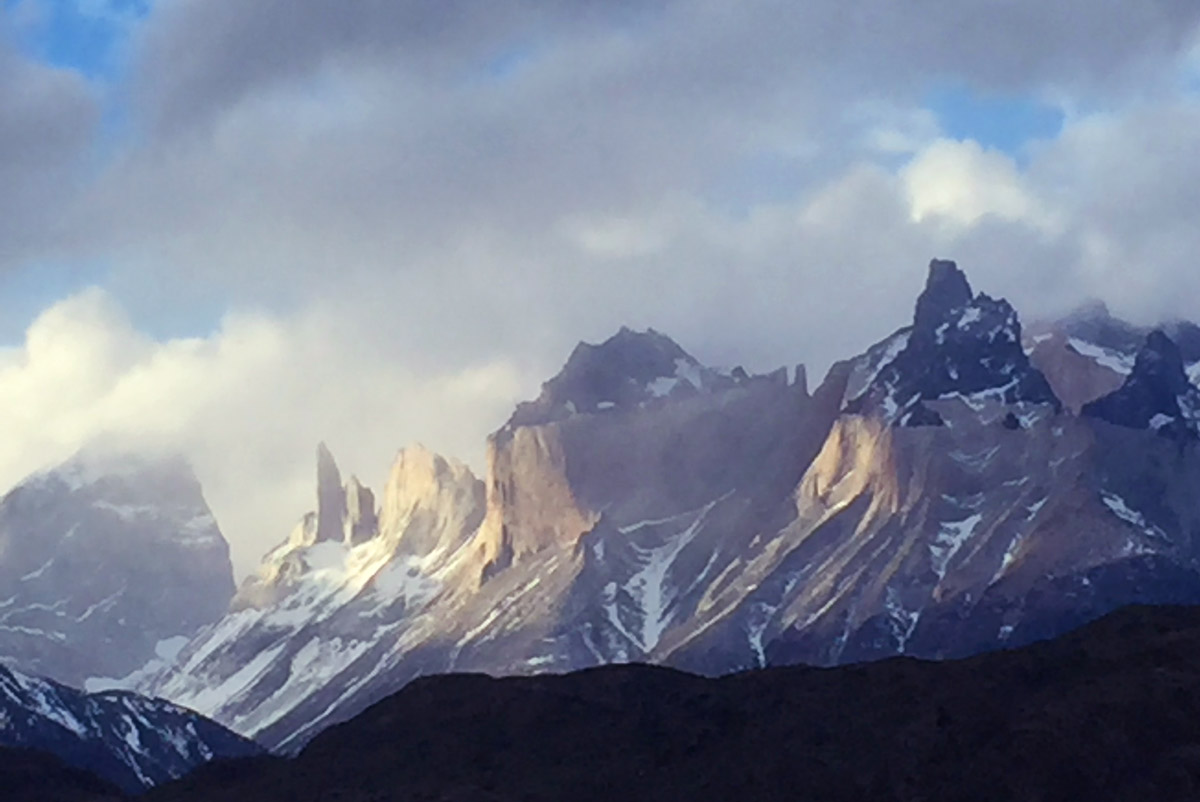 Another view from our room at the Lago Grey: With the constant wind shaking the glass panes and driving the clouds across the thrusting peaks, without even moving from my chair, I felt like I was flying. 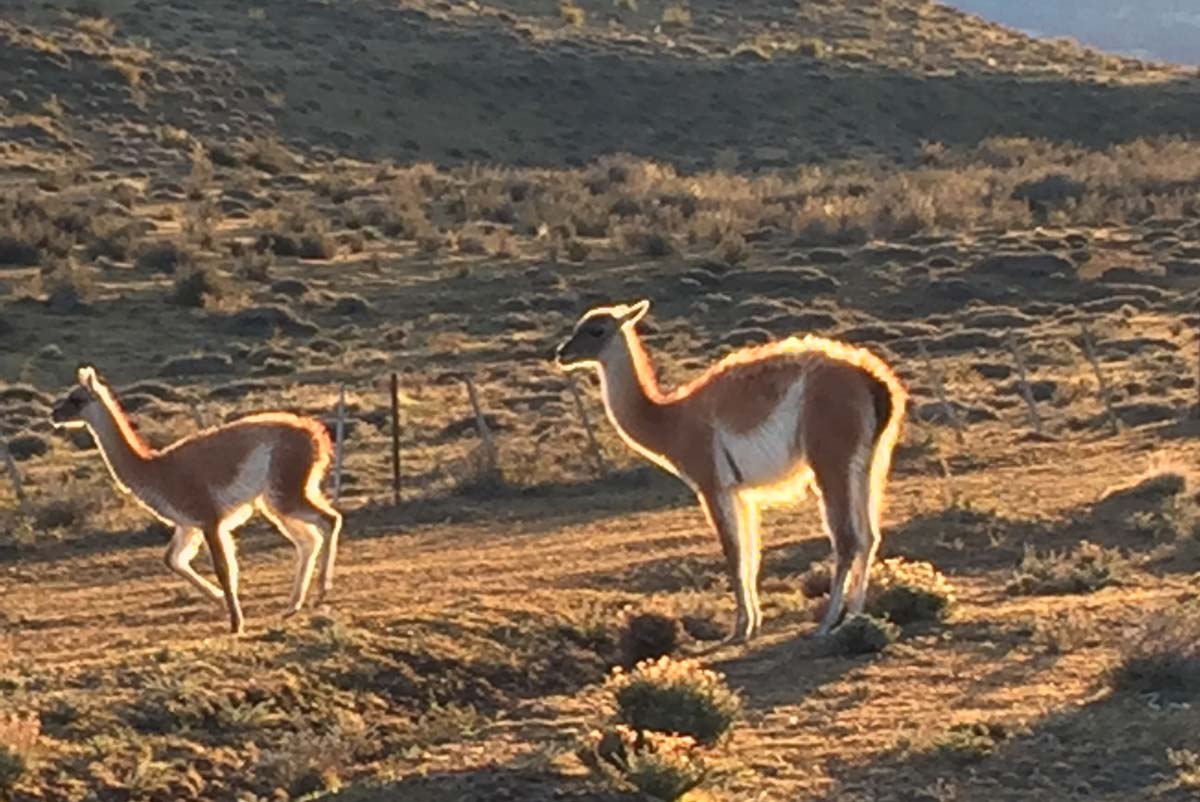 On daily excursions, we saw guanacos grazing—and keeping a watchful eye out for pumas—throughout the park. 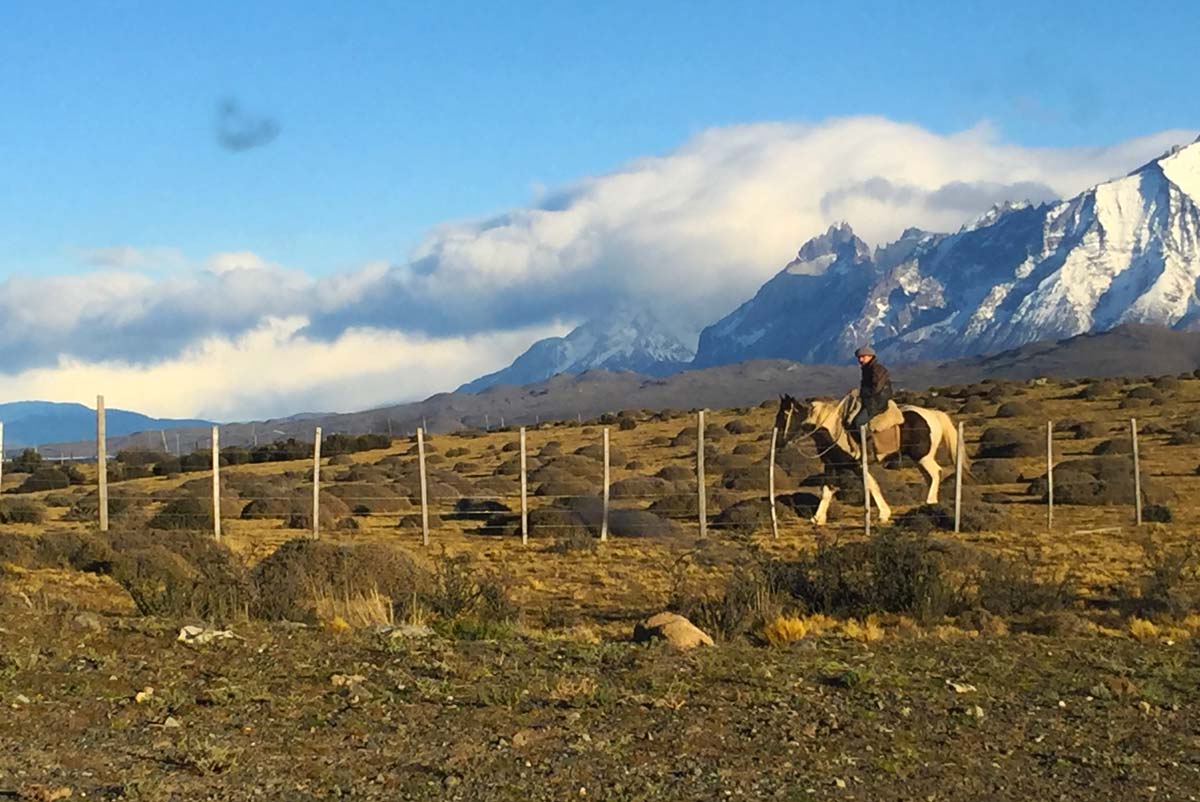 Timeless task: On a morning ride, a gaucho checks his estancia just as his father and grandfather did.

If you’re interested in seeing the sights of Patagonia, consider GeoEx’s Into Patagonia group trip or a private Patagonia journey. Give us a call to learn more at 888-570-7108.

For a decade, Don George, the beloved and award-winning Editor in Chief of this blog, has been procuring captivating and compelling travel stories for us. He’s traveled widely in and written extensively about Japan, not to mention having lived there for two years. His recent book, The Way of Wanderlust: The Best Travel Writing of Don George, features a heart-opening collection of his own evocative essays and tales from his 40-year career as a travel writer.