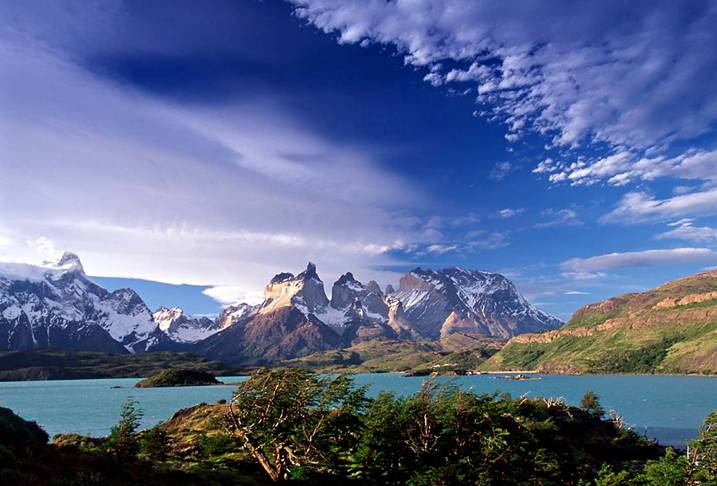 Tim Cahill is one of America’s most renowned adventurers and travel writers. He is the author of nine books, including such revered titles as “Jaguars Ripped My Flesh,” “Pecked to Death by Ducks,” “Road Fever,” “A Wolverine is Eating My Leg,” “Pass the Butterworms,” and “Hold the Enlightenment.” A founding editor of Outside magazine, he has written hundreds of articles for Outside, National Geographic Advenure, Esquire, The New York Times Book Review, and other national publications, and has co-written three Imax screenplays, two of which were nominated for Academy Awards. He lives in Montana.

The single question a travel writer most often hears is: What is your favorite destination?  I think most of us who deal with the question as a matter of course have formulated some easy answer.  I generally say something like, ”Well, it’s like asking about a favorite meal.  It’s hard to specify.  Sometimes only a greasy burger will do; sometimes it’s got to be pheasant under glass.”

Except when Don George asks you, he keeps poking until he gets an answer.  So, yes, Don, my favorite place on earth, aside from where I live, is Patagonia, by which I mean the southern cone of South America, which includes parts of Chile and Argentina.  (There are more exact definitions, but when people say Patagonia — unless they’re some fussy geographer — that’s what they mean.)

I like Patagonia because it is big and lonely and flat and windswept and barren, except where it is big and mountainous with glaciers glittering against a pale blue sky, or where it is green and grassy with tidewater glaciers dropping through the greenery into the sea.

The places I like best are the parts of Patagonia that have contrived to be very much like the place where I live, in Montana, on the somewhat dry fire-prone east side of the Rocky Mountains.  The southern hemisphere mirror image of my home landscape is located in Argentina on the semi-arid east side of the Andes Mountains.   In both places you will find fat cattle in the fields, big dumb trout in the rivers, glaciers on the shoulders of the mountains, people on fast horses, and vistas that stretch on out toward eternity.  Folks seem to be cut from the same cloth: They tend to be self-sufficient, taciturn, apt to tell a few tall tales, and ready to grill any amount of meat — which is the only thing they really brag about.

It is no surprise that this area of South America is where Butch Cassidy, The Sundance Kid and Etta Place took up ranching when they fled from the United States under some pressure from the law and the telegraph.  The countryside could stand in for the American West in any movie.  In fact, the town nearest their ranch, Cholila, was home to a number of outlaws from the United States who’d settled there for the same reasons Butch and Sundance did.  The gringo outlaws held the upper hand in the town for a time, due entirely to their skill with handguns.  Argentines are notorious knife fighters, but the man who brings a knife to a gun fight is a fool.  And the good folks of Cholila were no fools.  They soon hired a gun-slinging sheriff from Texas to help clean up their town.  The family still lives in Cholila.  I met one young man who claimed relation to the sheriff.  He had blond hair, blue eyes, spoke only Spanish, and said his surname was Parks.

Not far from Cholila proper, down a gravel road, is the ranch where Butch and Sundance lived: a couple of log cabins in a state of ramshackle collapse.  The famous outlaws, I was told, were good citizens at home.  (Some of the old Welsh settlers disagree.)  If they robbed anyone or anyplace, they traveled a far piece to do it.  About 800 miles south, in Rio Gallegos, they were said to have robbed the bank on February 5th, 1905.

I drove from Cholila to Rio Gallegos, which is at the bottom of South America, situated across the strait from the island of Tierra del Fuego.  On my drive, I might have been looking at the flatlands of eastern Montana — except that every now and again, I’d look out my car window and see an ostrich-like creature running over the plains at a goodly place.  The Lesser Rhea is a jolting surprise, especially if your mind is somewhere in Montana.

Rio Gallegos is a small town, with a small square, and the bank that Butch and Sundance are said to have robbed was still there a few years ago when I visited.  I imagined the daring daylight holdup, full-on Western movies-style: bandana-covered faces, six guns and horses, a familiar scene from any number of movies.  Except that not far away, there is a large colony of Magellanic penguins.  So … a daring daylight robbery with six guns, horses, and penguins underfoot.

That’s what I like about Patagonia: It is a bizzaro version of the American West.

Sometimes I tell people about the ostrich-like creatures, the penguins, the freakish and eccentric shapes of the ragged looming mountains.  I don’t really tell them that I love parts of Patagonia because they look precisely like Montana.  I’m a travel writer.  I should have more exotic tastes in destinations.  But every time I leave for Patagonia, I feel like I’m going home.