Home » Wanderlust » The Lessons of Myanmar

The Lessons of Myanmar 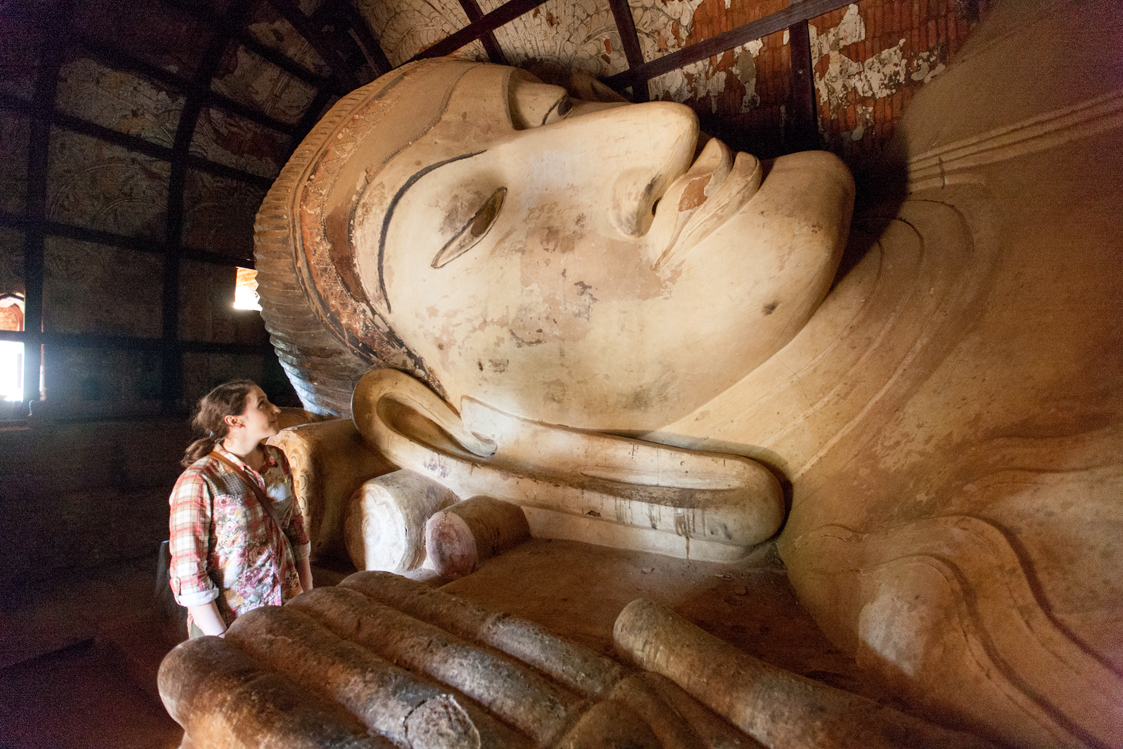 It was the first day of GeoEx’s Inner Burma trip, and we were all on the bus, weaving through the streets of Yangon on our way to Shwedagon Pagoda, while our national guide Nyi Nyi revealed our Burmese Zodiac signs one by one. Despite not being a big subscriber to Zodiac signs in my daily life, I found myself sitting in eager anticipation, fervently hoping that my animal wasn’t the guinea pig.

“Where’s Elizabeth?” he asked the bus. I raised my hand. “You are a tiger,” said Nyi Nyi, “born on a Monday and ruled by the moon.”

I breathed a sigh of relief. 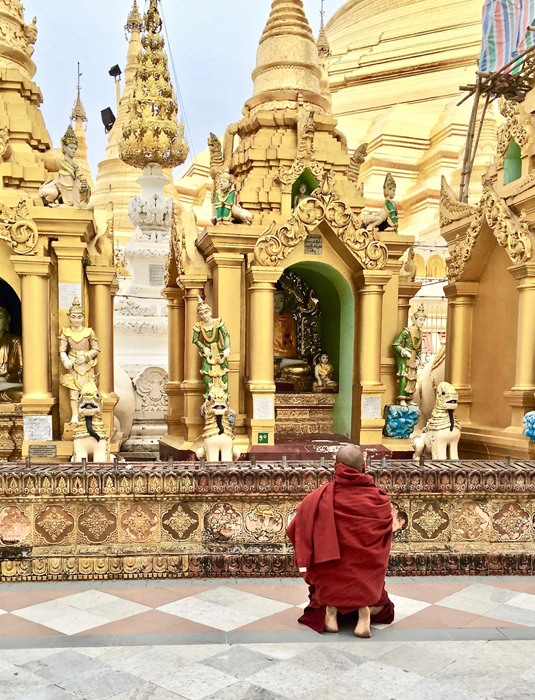 We soon arrived at the impressive, gleaming Shwedagon Pagoda, the holiest Buddhist site in Myanmar. Incense filled the air, bells clanged, and hundreds of pilgrims walked around the site, praying and conversing. Nyi Nyi led us to our respective Zodiac corners, where we could bathe the Buddha statues alongside the pilgrims.

Not wanting to forget the sounds and sights of this mesmerizing place, I began to take a video, panning the horizon in front of me. As I slowly turned, I caught a Burmese pilgrim taking a photo of me. We both stopped, caught in the act and cameras pointed at each other, and broke into simultaneous grins. Wonder and curiosity are universal, and moments such as these that transcend culture are part of the beauty of travel. 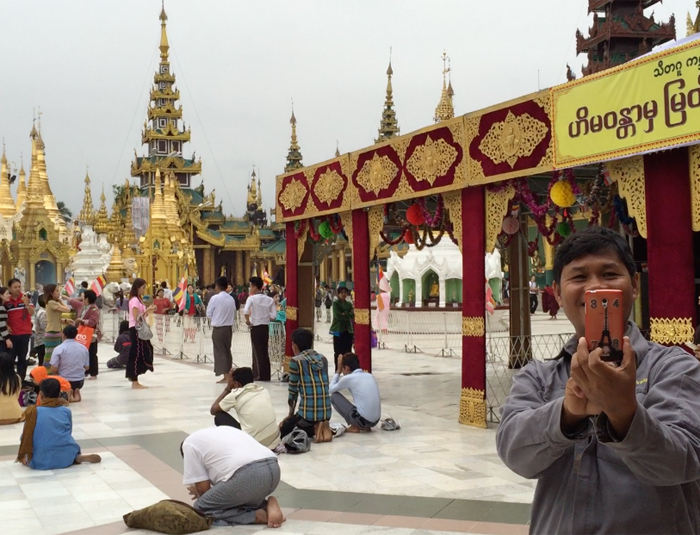 This was my first day in Myanmar and I was already entranced. The following 11 days of our Inner Burma trip proved to be just as magical: from Bagan’s magnificent Plain of Temples to Inle Lake’s floating gardens, Myanmar is a place unlike any other.

Here are a few lessons I learned along the way.

A Change in Perspective Is Good for the Soul

We took a vintage bus to a large open field in Bagan, where massive mounds of fabric and overturned wicker baskets waited to be blown to life. I had never been in a hot-air balloon before and I was a bit nervous. After enjoying some hot tea and coffee, we boarded our balloons and were off, rising along with the sun.

The views were spectacular. Pagodas peeked above the trees as far as the eye could see, and glints of gold from the surrounding stupas waved hello. We glided over the tops of temples and watched villages stir below. The same sites we had seen yesterday took on a new meaning, and my concerns of the day were left behind as we drifted gently away.

The Best Tour Guides Can Be Five Years Old

After our time in Bagan, we boarded a fantastic boutique hotel boat for our trip down the Irrawaddy River to Mandalay. We spent two nights on board, watching life on the riverbanks and stopping occasionally at villages to learn about local crafts and farming. At Shwe Pyi Tha, we visited the local school, learned how betel leaves are rolled, and observed the traditional method for cutting hay for cattle. 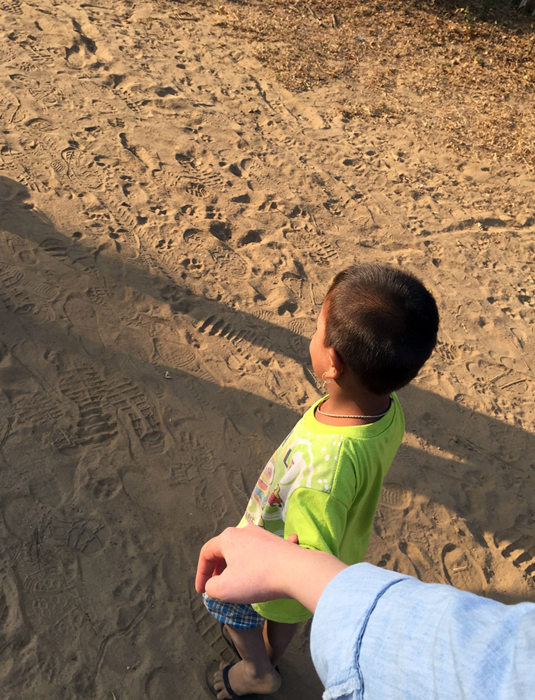 A pack of little ones from the village followed us around while we walked, waving and playing. When it was time to head back to the boat, two of the kids resolutely took the hands of a fellow traveler and myself and began leading us back to the riverbank, singing and chattering the whole way. We thanked them for bringing us back, and waved farewell from the boat. They returned our waves, and we continued our grand farewell until they were little dots on the horizon and our boat was out of view. A lesson learned in hospitality, indeed. 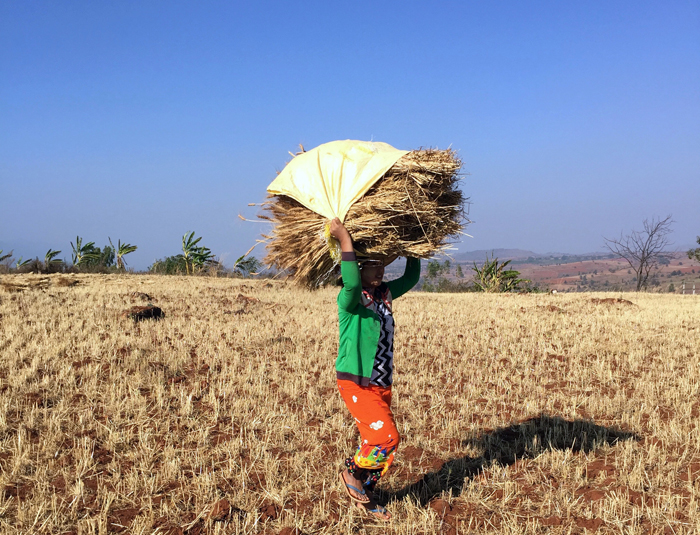 While driving through the remarkably scenic Shan State, we happened upon a group of farmers threshing wheat in the countryside. We pulled to the side of the road and our guide asked if we might be able to watch for a bit. The farmers agreed, and our guide translated as we learned the process and observed as they piled, sorted, and sifted their crops. Graciously, they even let us try our hand at it for those who wanted. Unplanned and unexpected, impromptu stops such as these made the trip just that much more memorable.

Maybe the Hokey Pokey Is What It’s All About

Our next destination was Kalaw, where the peaceful Green Hill Valley Elephant Camp resides. Here we were met by Maw, a longtime friend and former guide for GeoEx. Her family owns and operates the camp, which serves as a sanctuary for elephants that have worked in timber camps, as well as a site for reforestation initiatives. We spent a blissful afternoon with the elephants, feeding them their favorite foods and giving them a refreshing afternoon river bath. Afterwards, we each had the opportunity to plant a tree by the nearby school that GeoEx helped complete before meeting the students and helping the teachers pass out the afternoon snack. 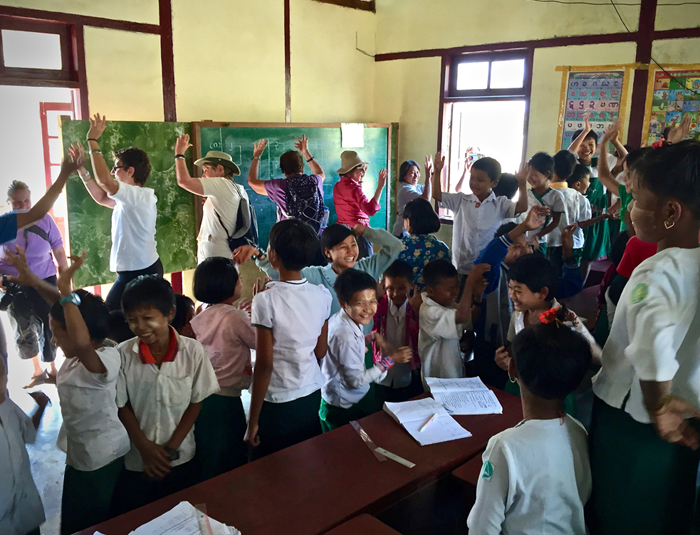 We were about to head back to the bus when a fellow traveler suggested we teach the kids a song. Before long, the entire schoolhouse was filled with the sounds of laughter and the ‘Hokey Pokey,” while everyone turned themselves about and clapped along with the rhythm. It seems the song excited our guide Nyi Nyi the most, however: I caught him singing “and you shake it all about” under his breath on multiple occasions afterwards.

If Given the Chance, Travel by Boat

Our final destination was the beautiful Inle Lake area, where we spent our days speeding around the water on long-tail boats under the warm sun. Not long after being on the water, we met these fishermen, who use their legs to row so as to allow their hands to maneuver the large nets. They demonstrated for us how the net catches the fish and impressed us with their remarkable balance and dexterity. 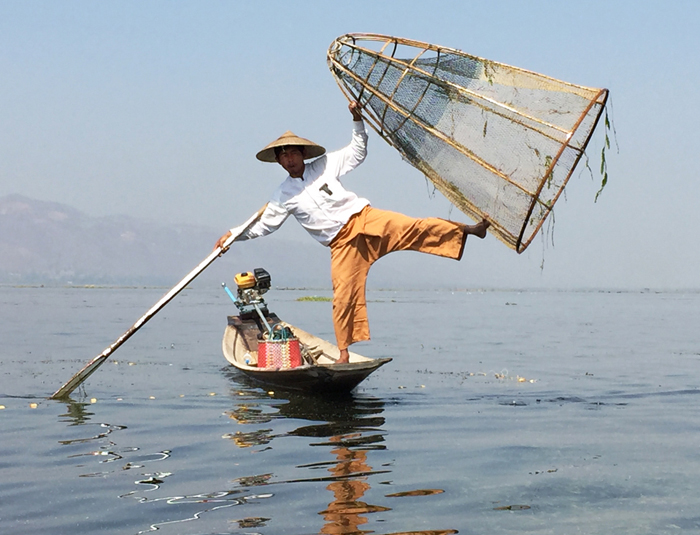 The next two days were a beautiful whirl of floating markets, picturesque ruins, and temples on stilts. Traveling by boat allowed us to sit back and take in our surroundings in a special, breezy way. 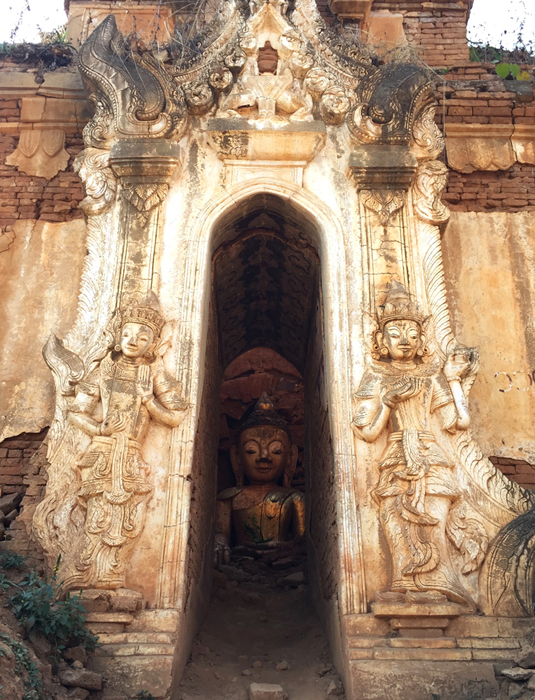 Our trip ended back in Yangon, where we began. As we headed to our farewell dinner, I reminisced about the first day on the bus and our Zodiac symbol education. I think I’ll always find myself feeling partial to tigers, Mondays, and the moon now—and grateful for the trip that took me to Myanmar.

Ready to learn some lessons of your own in Burma? GeoEx’s Asia experts will gladly help you plan your journey; give us a call at 888-570-7108. You can also learn more about our small-group trip here: Inner Burma.

Very nice and personal presentation of Myanmar! Hope to be open soon again for tourist to visit this great country!

1
Reply
Travel is different now.
JOIN OUR LIST
Get the latest intel, insight, and inspiration from GeoEx delivered to your inbox.