Reflections on the Base of K2 and Broad Peak Trek | GeoEx

Home » Wanderlust » One of a Kind: Reflections on the K2 Trek

One of a Kind: Reflections on the K2 Trek

GeoEx trip leader and photographer extraordinaire, Vassi Koutsaftis has a special love for the demanding and spectacular trek to K2 and Broad Peak (something he described in his blog K2: Trekking Among Giants). Now back from leading GeoEx’s 2018 group trip there, he reflects on the experience.

What was different about this K2 Trek?

The number of trekkers. While it didn’t feel overrun, we saw many groups out there.

At Concordia, all the groups have to camp in the same area, so this is where we were most aware of the other trekkers. One group set up Christmas lights on their tents, and another set up a disco ball in their dining tent! Fortunately, most of them turned around at Concordia, so the trail was quieter after that. 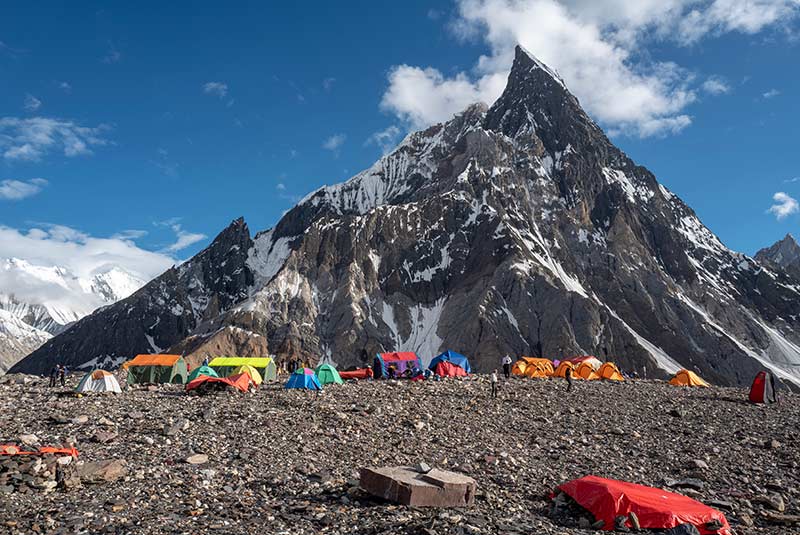 Another difference is that these days, all camps, including the base of K2, throughout the trek have generators, so there is power at night in dining tents and people can charge phones. Each group brought its own. They ran for a couple of hours in the evening and then were shut off.

I also noticed that more expeditions were using mules to help carry the supplies than I’ve seen before. 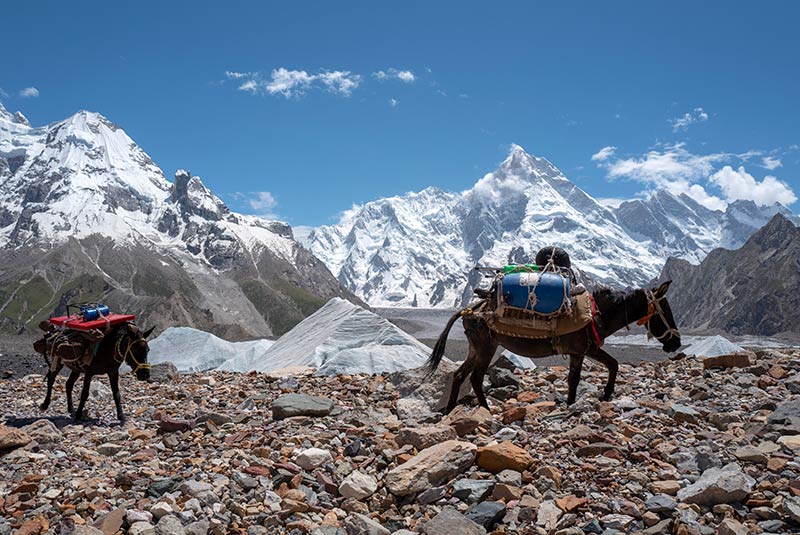 The trail was pretty much the same as before, although the glacier moves, so there really isn’t an established trail. The guides and porters know the way. And there are cairns to mark the trail. 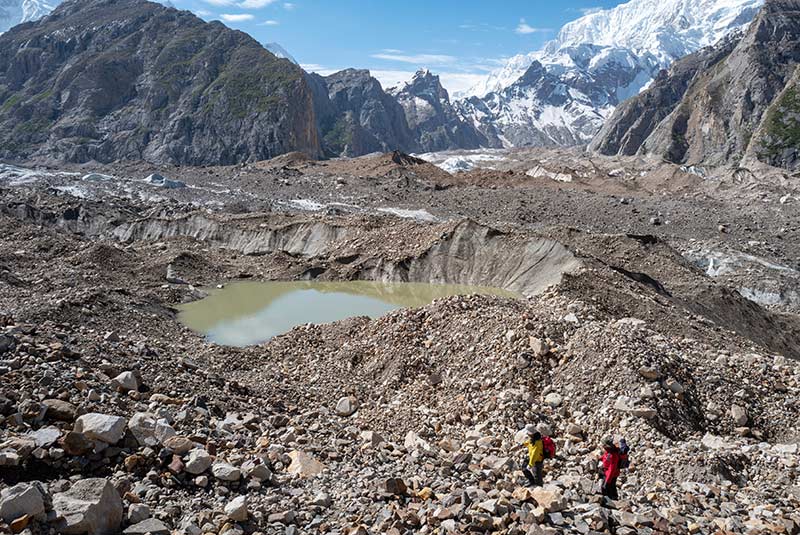 One happy surprise was that the campsites were cleaner than they used to be. The government has stepped in and done some needed maintenance.

The high point (both literally and figuratively) was visiting the memorial at K2, set above the K2 Base Camp. Since the last time I was there, there are more mementos, plaques, and photos commemorating people who have died. It’s very moving and brings you closer to how dangerous this mountain is. 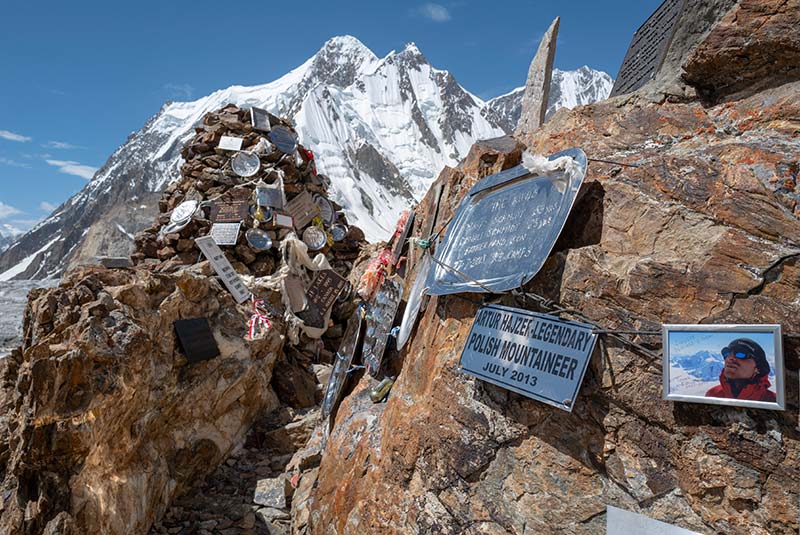 Also, we lucked out with the weather on our Skardu-Islamabad travel days. Conditions were good enough that we could fly between Islamabad and Skardu both ways. This was the first time I have been able to fly in and out. It’s a 40-minute flight—and saves 26 hours driving!

We celebrated the 70th birthday of one of our guests in camp with cake, sparklers, and music. 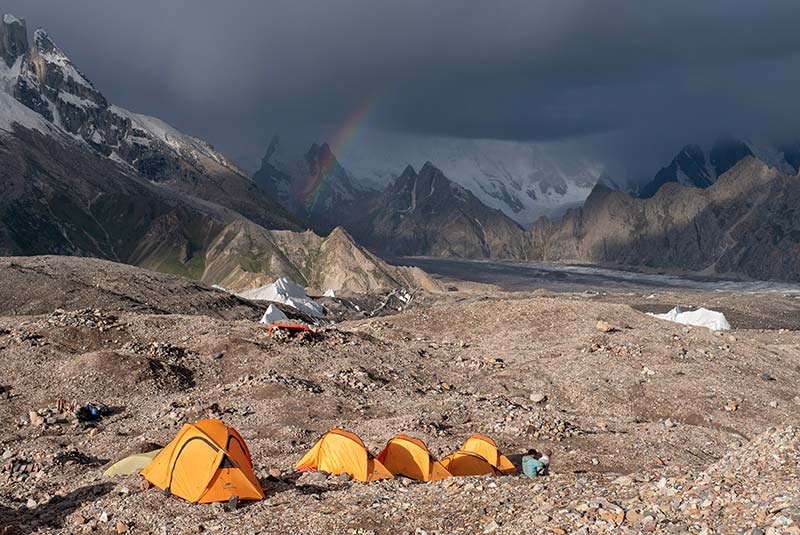 The porters were uniformly great and exceptionally kind, and the camp staff were also very kind and polite. Their hard work made the trip much easier. 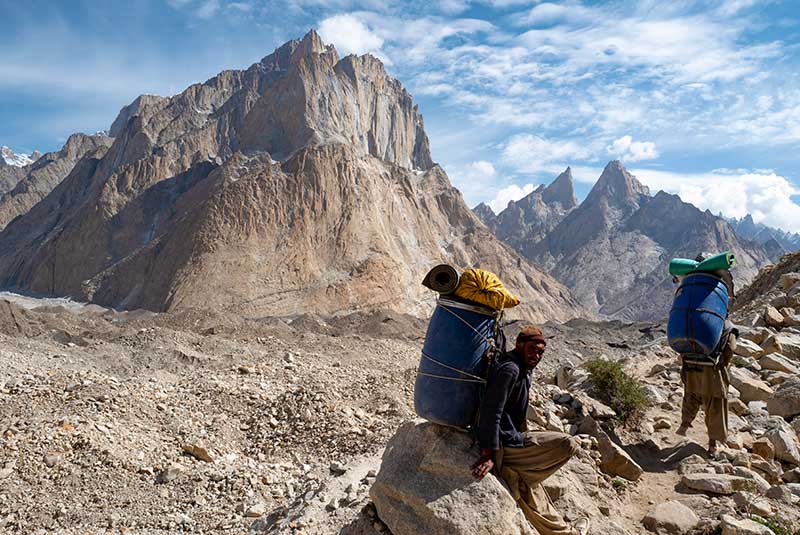 Bonding with the other trekkers: On the trail of Broad Peak, a very special connection develops between the trekkers. It’s a great gift.

And finally, the scenery! The mountains were absolutely spectacular, and the stars at night were incredible. 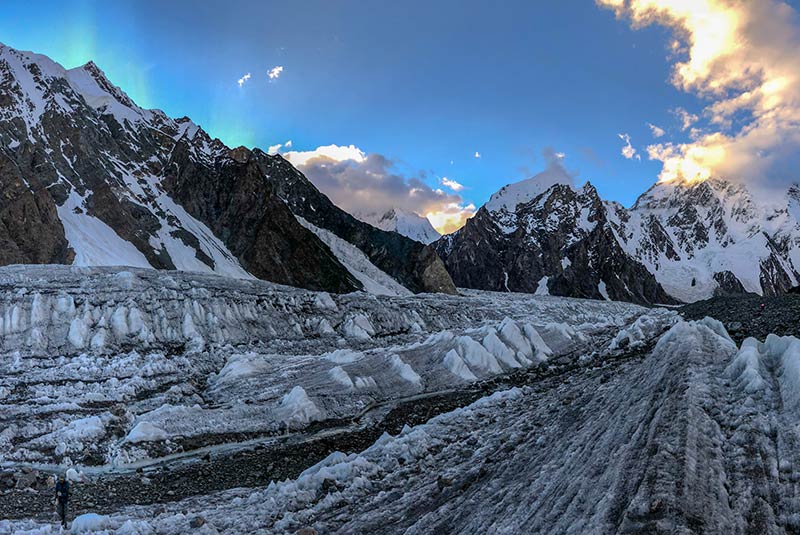 This year was a very tough trek, and it always is. Our group was composed of nine experienced travelers who had trekked in Tibet, Nepal, Bhutan, India, Europe, and South America. All were surprised at how tough this trek was.

The first few days were almost unbearable in the heat with no shade! And at 9000 feet, there were lots of reflections. It’s a dangerous trek because there are areas that are very exposed.

But it’s actually harder on the mind than the body—with the heat and the terrain (you’re walking on rocks and boulders), it can become monotonous and you have to stay very alert about where you put your feet.

The scenery is basically rock and ice—that’s it! There aren’t beautiful lakes or anything. You go over passes, surrounded by rock and ice. And yet the scenery is so amazing. It’s definitely worth the challenge. 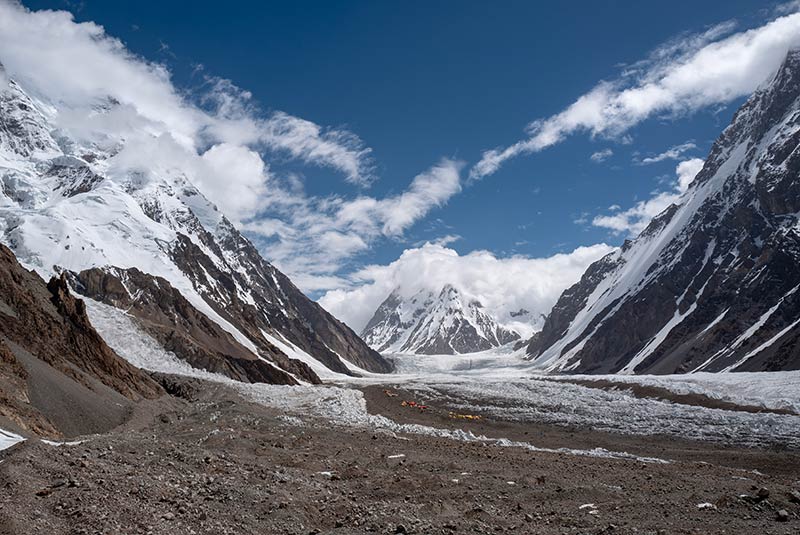 Going Back for More

Every time I lead this trip, it’s so tough that I say, “This is the last time I’m doing this.” Then GeoEx asks if I’ll lead the next trip, and I always say yes.

So yes, I’m going to lead the 2019 K2 and Broad Peak trip, and I’m already looking forward to it. I still love it. It’s an adrenalin rush. You feel a huge sense of accomplishment. You learn a lot about yourself and the people you’re trekking with. You can see what people go through in difficulty, and it inspires you to do more. You know you can do more. 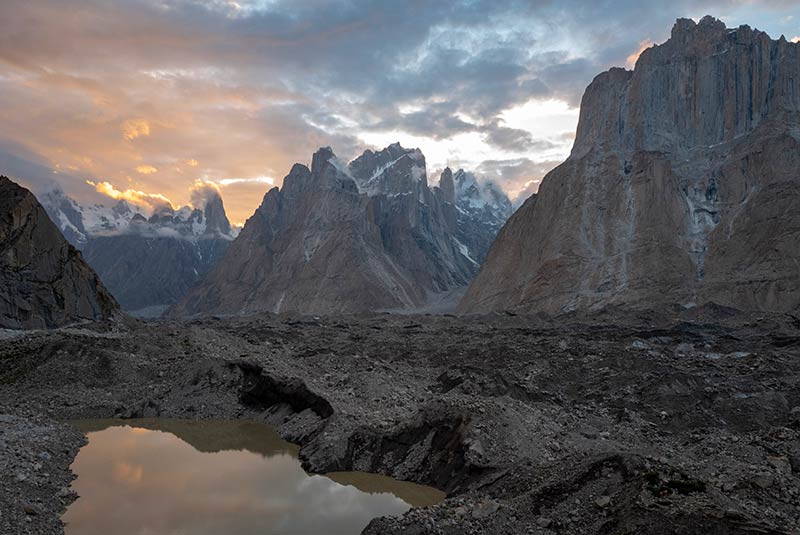 What can I say? It’s a unique trek: There is no other like it.

Vassi Koutsaftis is one of our best-loved and most-experienced leaders. He has been traveling in Asia for more than 35 years and has been leading treks since 1986. He has been named Best Cultural Guide by Outside magazine and Top Travel Specialist for Tibet from Condé Nast Traveler. More of his photography can be found on his photography website. 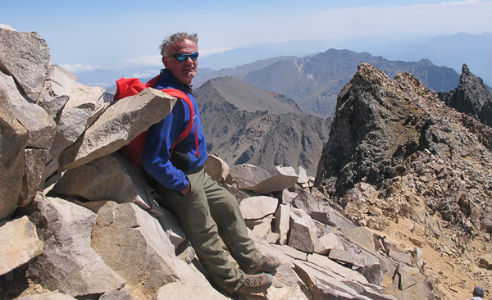 To find out more about the Trek to K2 & Broad Peak, about exploring Pakistan, or about other GeoEx Treks, call our Asia experts at 888-570-7108.