The Meaning of Adventure | GeoEx

Home » Wanderlust » The Meaning of Adventure

The Meaning of Adventure 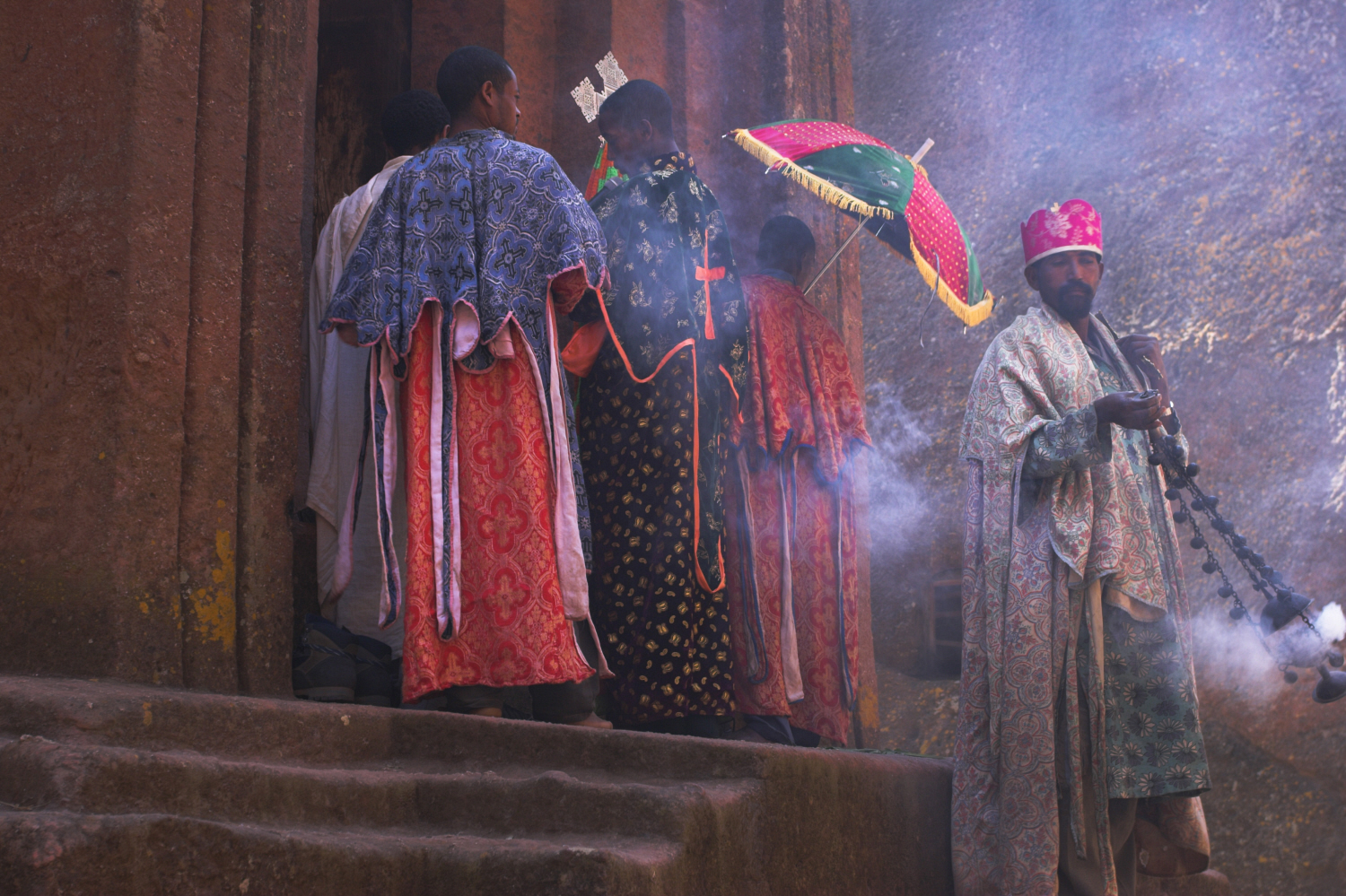 Bells were ringing on every side of me, and I could hear hymns rising in the dusk through a grating above the catholicon far below. The call to prayer struck up from a minaret nearby, and when I descended a narrow staircase, to where the crowds had gathered, it was to hear an ancient wailing and music that seemed to come from some previous world. Robed deacons were chanting above the richly colored holy books in the little Ethiopian Chapel, and when I made my way into the Church of the Holy Sepulchre itself, it was to find myself in a little side-chapel, where a candle flickered, and as she walked with a friend through the ill-lit space, a girl from France, probably 14 years old, brushed away her tears and then fell to sobbing again.

I’ve never been one of those intrepid souls who bungee jumps from a high rock canyon in Utah, alas, or tries whitewater rafting in Borneo; truth to tell, I’m probably too timorous or ill-conditioned for either. But look at those first two syllables in the very word ”adventure”: They speak of a sense that something wonderful is on the way, which is what I felt every moment in Jerusalem. For believers, ”Advent” means the arrival of illumination or grace or redemption itself; but even for those without belief, the word seems to be standing on tiptoe, offering a sense of bright expectancy and attention. It all but reminds you that adventure has less to do with the place where you’re going—or with what you’re going to be doing there—than with the spirit that’s propelling you on the journey. Every one of us knows how a trip across town can be an adventure, sometimes more than we would like.

I often remember perhaps the best New Year I ever spent, which—because it was in Ethiopia—happened to come six days before Christmas, as it is on the pre-Julian calendar still observed in Abyssinia. An old school friend and I were in the magical little village of Lalibela, and when we arose it was to walk through the labyrinth of rock-cut churches carved underground in the middle of Ethiopia’s high plateau. Devotees in white were everywhere, and priests, with thick beards and staring eyes, rocking back and forth over the palm-sized volumes in their hands. Five days later, on Christmas Eve, all Addis Ababa seemed to be full of people holding candles and singing hymns in graveyards and jam-packed churches as if the Advent were happening at that moment.

Around them were unpaved streets and half-finished hotels that seemed to embody a place that, to Western eyes, could not have looked less hopeful or prosperous. And the material need so painfully obvious on every front only compounded and deepened the spiritual fervor all around. Adventure appeared to be telling me here how what we have externally lives in a very complex relation to the much deeper question of how rich we are.

I love going to Paris, of course; but when I go to the ”Paris of the Middle East,” Beirut, I find just as much sophistication and savoir faire as I’d encounter along the avenue Montaigne, but accompanied by a landscape as radiant as in Saint Tropez, a populace as charming and multilingual as I’ve found anywhere and a political and historical complexity that gives texture and unexpectedness to the sheer sense of style and joie de vivre everywhere apparent. I’ve loved spending a week just wandering around Venice recently, following nothing but whim; but when I’ve gone to what used to be known as the ”Venice of the East,” Bangkok, I find something much less readily apprehensible to me, with shadows and grace notes and a sense of mystery around the clock that I never encountered when I was growing up in Europe.

Adventure, in other words, comes in going somewhere as different as possible from the world I know; and whether I go first-class or third-, whether I travel by foot or by Singapore Airlines, is all but immaterial. Growing up in England and then California (and living now in Japan), I’ve been one of the few on our planet who’s never known homelessness or hunger or war; I’ve had all the comfort and ease I could want. So going to another place of ease and comfort would often be no vacation at all.  When I travel away from home, I want to see how the other half (which is to say, 99.7 percent of our neighbors on the planet) lives and to look a little beyond my too comfortable ideas and easy assumptions. Adventure comes guaranteed and free of charge in Cuba or Haiti or my parents’ homeland, India.

Some of my friends consider these trips ”adventure vacations,” but to me they’re just ways of guaranteeing I’ll be startled, illuminated, expanded, and come home a slightly different person from the one who left. I love Santorini, but I got much more from the difficult time I spent in Yemen, on my way to the beautiful Greek island.

The world for me might be an ”Advent card,” of the kind I knew when growing up—though perhaps it would be better to call it an ”Adventure card,” in which, one by one, I open windows to find the surprise and present hidden behind each secret door: Cambodia, Syria, Bolivia, Tibet; Colombia, El Salvador, North Korea, South Africa. Yet unlike in an Advent card, there are many more than 25 windows in an Adventure card; you can keep on opening them forever—even very close to home, if you don’t have the time or resources to travel far—so that the sense of exploration doesn’t end, but deepens with every new opening.

The beauty, perhaps the point, of adventure for me is that it is not confined to your vacations, your moment of skydiving, your turning a corner in a city you don’t know. Find the spirit that is its center and it becomes something you bring back into your ”regular” life. New Year’s Day, perhaps both Jerusalem and Ethiopia taught me, need not come only on January 1.

Pico Iyer’s newest book, The Man Within My Head, is out this month. In previous years, he’s published two novels and seven other works of non-fiction, including Video Night in Kathmandu, The Lady and the Monk, and The Global Soul.