Home » Wanderlust » Into the Canyon 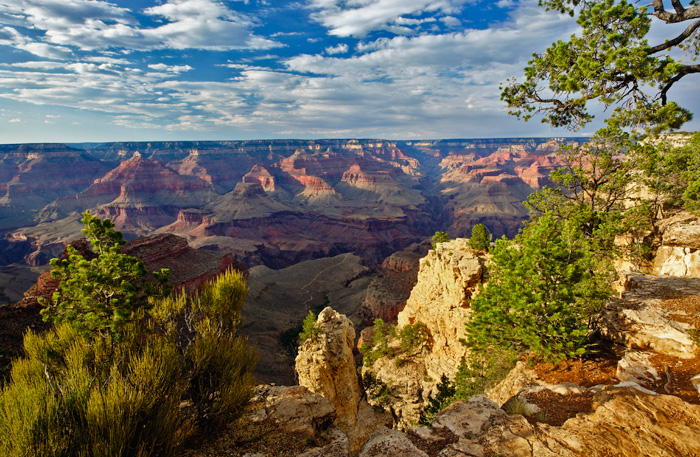 Note: Lonely Planet’s new anthology Better Than Fiction 2 is a compelling collection of true travel stories written by acclaimed fiction writers. We are pleased to excerpt the story below, by Sophie Cunningham, about the power of nature to surprise and transform us.  Cunningham has been on the publishing scene in Australia for thirty years. She is a former publisher and editor as well as the author of two novels, Geography and Bird, and two books of non-fiction, Melbourne and Warning: The Story of Cyclone Tracy. She has traveled widely and her writing about those travels has been published in a range of anthologies, magazines, and newspapers. Her hometown is Melbourne, Australia, but she currently lives in San Francisco, California.

When I was nineteen, a backpacker, and in Paris, many years ago, I looked out a train window and saw the Eiffel Tower. I’d forgotten about the tower’s existence so it was as if I had not only personally discovered it, but was the first to understand its stark, industrial beauty. This is one of the particular pleasures of travelling while young. Everything is new; everything is waiting to be discovered. You don’t know how many millions have done that elephant ride, that trek, or that wherever you are staying used to be so much better before it was discovered (ten years, twenty years, fifty years ago). You can find your way into experience that feels like your own.

When I saw the Grand Canyon for the first time, back in the early ‘90s, I felt a similar sense of overwhelming surprise and pleasure, despite the fact that in this case I’d sought it out. I’ll never forget that moment of getting out of the car in a relatively prosaic car park and walking towards the north rim. Despite the canyon’s enormity–it is close to 2,000 square miles–it comes upon you suddenly as you walk towards its edge and look down into it: this extraordinary ravine that plunges deep into the earth. It was late afternoon and the canyon walls were a series of striated purples. The rocks and the light–it was hard to distinguish one from the other–shifted from gray to lilac, from dark purple to black. I was awestruck. The visit was so brief that when I left the next day it was as if I’d dreamt the landscape, one so beautiful it’s hard to believe it actually existed.

But you can’t pursue the purity of the unexpected moment, and ignorance isn’t an answer. It certainly pays to know what you’re doing when you visit the Grand Canyon. Despite the fact that it’s one of the most popular national parks in the world, with around five million visitors a year, only 1 percent of these visitors ever make it below the rim–one of the best ways to appreciate the grandeur of the place–and of those who do, around 250 need to be rescued each year. Worse still, a not inconsiderable number of them die. Over the 96 years of the park’s existence, an average of twelve people have died a year.

It’s easy to see how this happens. If you’re not an experienced walker, it’s hard to imagine how demanding the descent to the Colorado River far below, and the return from it, will be. You can’t imagine how much water you might need when the sun beats on you from above, or what it’s like to bake in temperatures as high as 120 degrees Fahrenheit. This is why signs everywhere warn you not to be casual when you estimate your endurance, and discourage you from hiking from rim to river and back again in a single day.

When I arrived at the entrance to the South Rim of Grand Canyon National Park late last year, I had no desire to walk to the Colorado River and back in a single day, but nor was I aware of the dangers of doing so. All the first sign at the gate warned us of was the fact that there would be no refund if weather conditions meant there wasn’t a good view. My partner and I looked at each other. Do people really do that? Demand refunds if the canyon doesn’t display its extraordinary dimensions, its subtle light shows? Apparently so. We pulled into the car park further down the road and I tried to repeat the moment when I’d first spied the canyon some twenty years before. Alas, it’s hard to recycle profundity.

That night the decision was made to walk some of the Bright Angel Trail, the path that descends from the rim to the river. I knew about it because my 21-year-old godson had told me it was a good walk, though “kinda challenging.” I certainly hadn’t read the report of Spanish explorers in 1540 who, after several hours and having covered only a third of the distance to the river, had returned to the rim, reporting that “what seemed easy from above was not so.” Now I can report that they were correct and that in this, as all things, perspective is everything. The descent (and ascent) along the trail is so sheer that you can’t see what’s in store for you when you look at it from above. Two days later, after we’d walked down Bright Angel Trail to Plateau Point and back, about 11 miles roundtrip, we cycled far enough along the rim to get a better view–and it was then that we understood what it was we’d undertaken.

However, the morning when we headed off on our impromptu hike, our band of four adults and two kids under thirteen was as deluded as most of the Grand Canyon’s other visitors. It was a cool day, so we didn’t struggle with high temperatures. The first part of the walk, down to Indian Gardens, was easy enough and the zigzag of the paths, the sheer walls of the canyon, and the persistent plodding of the mule trains were hypnotic. The gardens, when we got to them, were an oasis, sitting at what we first thought was the bottom of the canyon though in fact they were a good quarter of a mile above it as the crow plummets. Cottonwood trees lined the creek and leaves glittered gold, brown, and pale yellow in the autumn light. The grass was green and the harshness of the canyon’s sheer walls faded away. Havasupai Indians lived and farmed these gardens until 1928, when the National Park Service drove them out, and I tried to imagine what it was like to live down here in such a private, remote, and dramatic place. The contrast between the gardens and the one-and-a-half-mile trail to Plateau Point added to the drama. The flatlands around the trail were populated with thousands of purple cacti, and within ten minutes of walking through them, we felt as if we’d been walking an hour, not because it was strenuous but because it was so otherworldly.

But the point of this story is not the walk, it’s that walking on and down into a landscape bonds you to a place, even if that walk includes a five-mile hike back up the canyon during which you ascend close to half a mile straight up: an incline that at first leaves you cursing, but soon reduces you to speechlessness. Over the eight hours it took to walk what was only eleven miles, we became sensitive to the moods and light of the canyon, which shifted from shaded to gentle morning sunlight, to harsh midday sun, then back towards those purplish hues I remembered from my first trip.

We fell in love with the canyon even more the following day when we cycled the rim and spied a condor, some mule deer, and a stand of conifer carved by the wind into a dreamscape of bonsai.

By the time we left, four nights after we arrived, we’d been at the canyon long enough to get down into it, travel around it, and see it in every kind of light. We were sated. We certainly had no expectations of our final morning. As we packed the car, half-asleep in the almost dark of dawn, my partner gestured to the canyon: “Look at that.”

So I looked. What I saw was a great ocean of dense white cloud that pulsed, and shimmied from side to side, as well up towards, then down from, the canyon rim. The entire gorge was filled with thick clouds and mist. It throbbed as the rising sun played across it. Day broke in a series of pale greys and blues, then pink with golden flashes. The tips of the peaks scattered through the canyon floated like tiny islands. Later I was told that what we had seen was called a cloud inversion. It was rare.

We stood at the rim for some time, just outside the Bright Angel Lodge. People slowly realized what was happening and stood silently, with the exception of the woman who muttered that the clouds were ruining the view. We wondered if she was going to ask for her money back. Native Americans working on the heritage building sites along the rim all laid down their tools and joined the crowds. It was as if we were all of us, a group of strangers, worshipping nature.

There is a word to describe this sense of giving over to some greater force: numinous. Some use the word to mean religious ecstasy, but for me it was a reminder of why we seek nature out, what we are losing as the wilderness is driven into increasingly remote pockets of the earth. I felt honored. It was a reminder of the privilege that travel can afford. A reminder that travel will never stop surprising us, even when we’re standing in the midst of one of the most densely touristed places on the planet. 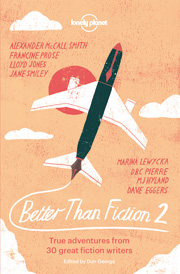