The Epic Allure of Central Asia

I’ve been traveling in Central Asia regularly since 2000 and each visit deepens my affection. Why do I love Central Asia? Its rich mixture of old and new, ex-Soviet, traditional Turkic, and modern Western make up a 21st-century mosaic of influences that both fascinate and demand deeper inquiry. These arresting cultures have spun a web around me that only strengthens over time. 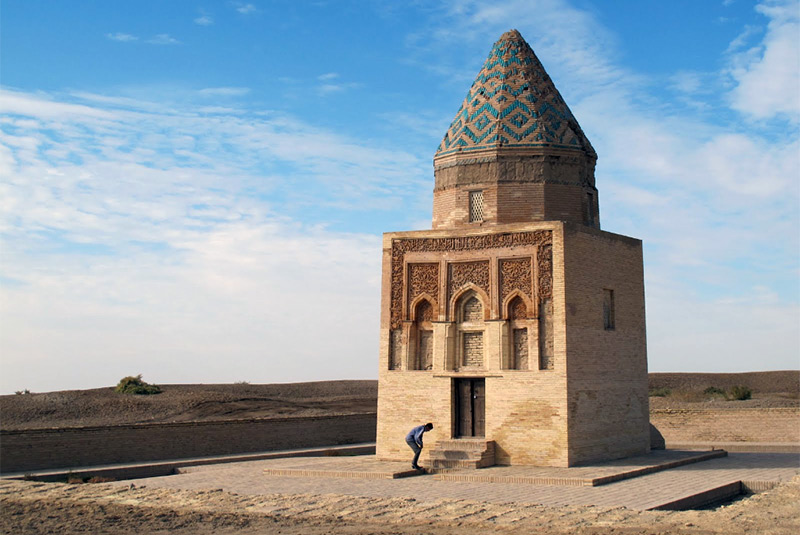 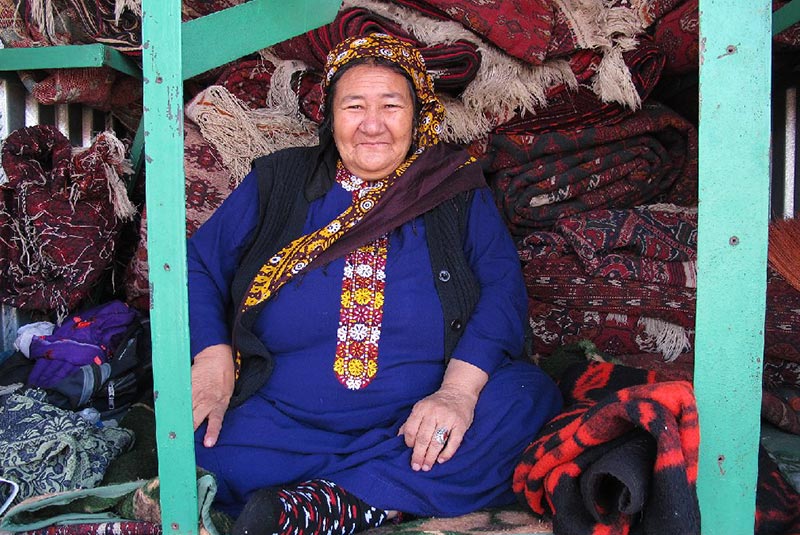 Equally compelling are Central Asia’s contrasting landscapes, once crisscrossed by ancient Silk Road traders and willful conquerors—Chinese merchants, rapacious khans, and the invading Red Army. As a trip leader, it’s always a thrill for me to retrace these stupendous journeys with travelers as we go from red deserts to apple orchards and cotton fields, abandoned cities and contemporary capitals, the serrated peaks of the Tien Shan Mountains, and the world’s second-largest freshwater lake, Issyk Kul. There we are in hailing distance of the Roof of the World, where the mighty Pamirs link the Tien Shan to the Hindu Kush, Himalaya, and Karakoram ranges. Solo adventurers and competing nations have schemed to control this highly strategic area rising between Kashgar and Kokand on the northern Silk Road, and between Russian and British colonial empires. 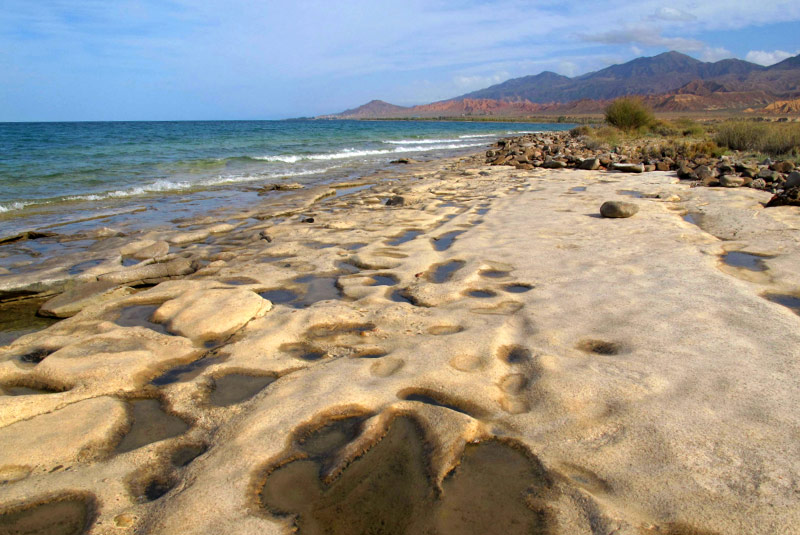 I’ll be leading my next group of Epic of Central Asia adventurers in April, and I’m counting down the days. We’re set to begin our 1,800-mile journey in the marble-clad, ultramodern capital of Ashgabat, which pierces Turkmenistan’s extreme desert. Nearby lie the remains of another city, Nissa, and between them span 1,200 years of history. Nissa was the first capital of the Parthians, whose Old Persian name reminds us how near we are to Iran, just a short distance to the south. 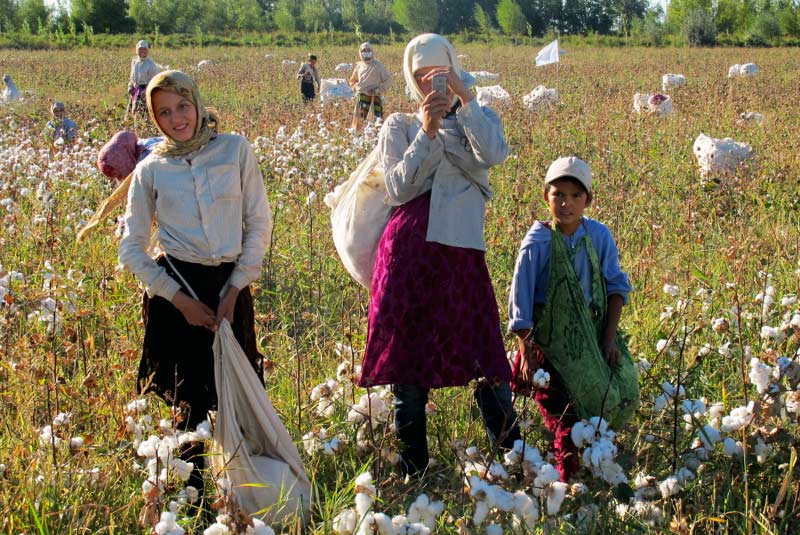 In Nukus, Karakalpakstan (the ‘Stan within a ‘Stan), we find the long-hidden treasure of “forbidden” art—works by men and women whose choice of subjects contravened the Soviet diktat that all art must glorify the state. Gathered in secret by one man over 35 years, this collection of more than 90,000 avant-garde paintings, porcelain, and graphics, as well as impressive artifacts, textiles, and jewelry of the Karakalpaks, preserves a trove of two cultures that would otherwise have likely not survived. For me, this museum is a stunning experience, guided within it as we are by curators and assistants whose life’s work is this place. 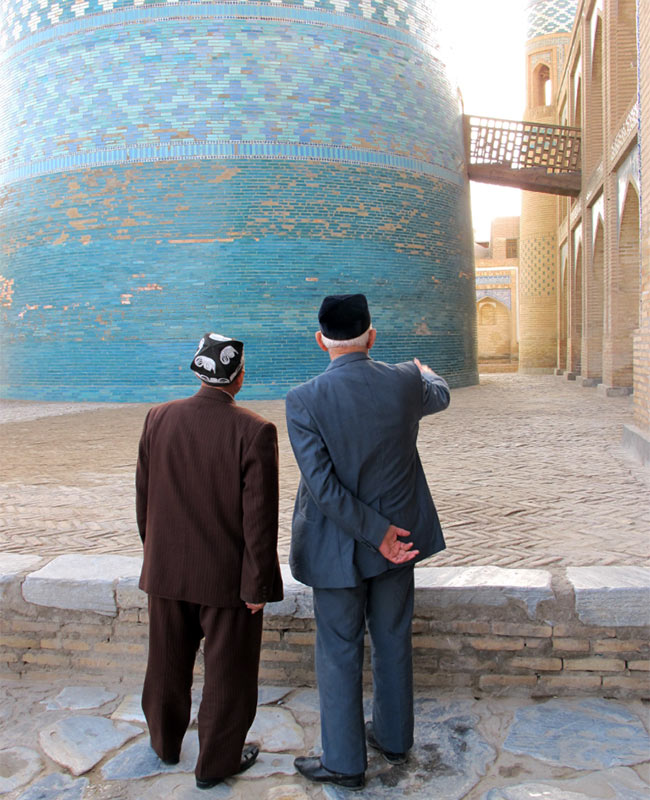 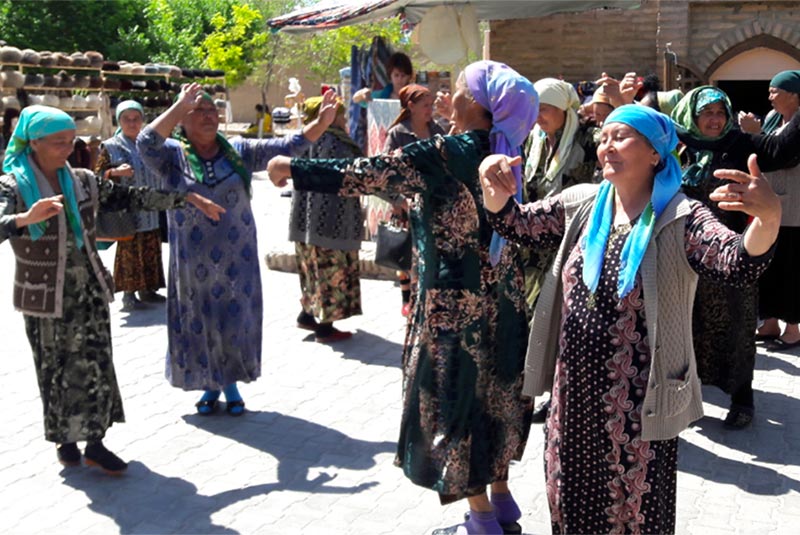 Across brick-colored sands is Bukhara, a former khanate whose exquisite Old City and blue domes seem to have stepped out of A Thousand and One Nights. Bukhara is an intricate, gorgeous city-museum where ethnic Russians, gypsies, Tajiks, Jews, and Uzbeks cohabit with monuments and a history that dates back a boggling 2,500 years. 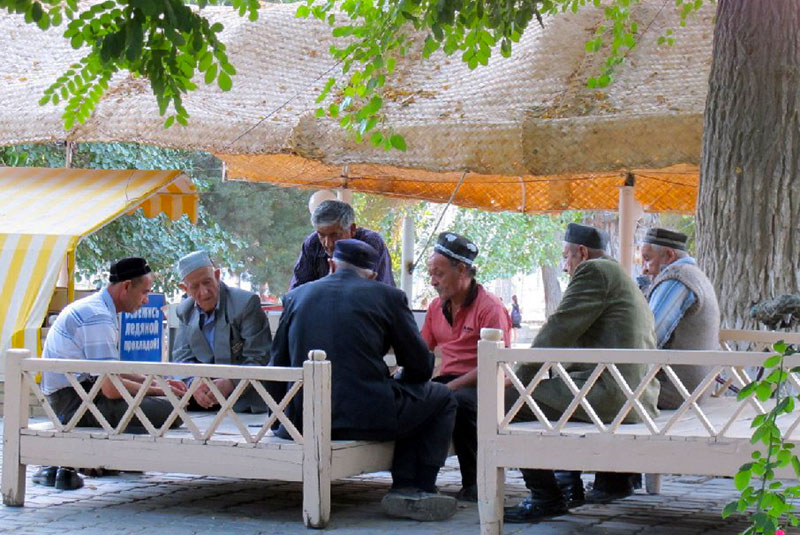 In Samarkand, whose name alone conjures the romance of travel, we might spot someone of an unexpected ethnic origin—Korean, whose people here arrived after not one, but two odysseys. Having first emigrated to the Russian Far East and Siberia for economic reasons, in 1937 the entire Korean population (some 172,000) was deported en masse to Central Asia by Stalin, who didn’t trust Korean ethnic and family ties to empire-building Japan. It’s another of Central Asia’s surprises, to hear a Korean woman in the market speaking fluent Uzbek-Tajik behind her beautifully arranged piles of kimchi. 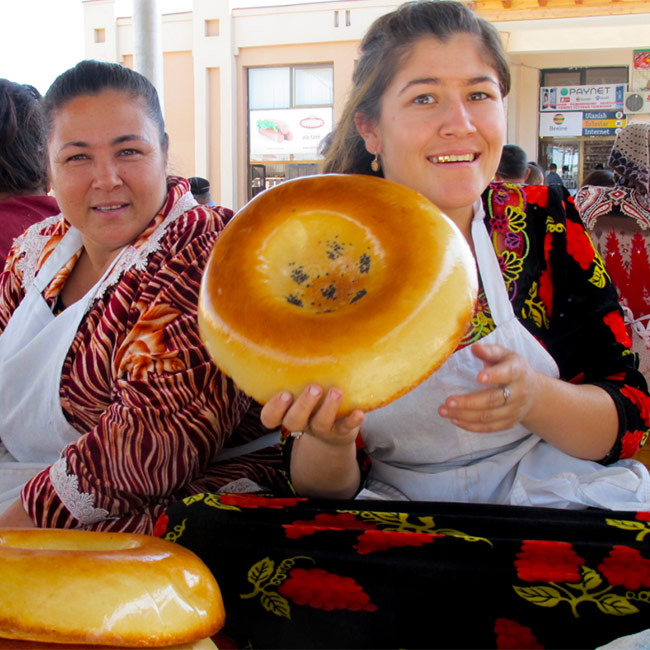 Heading east in Uzbekistan we find the fruit-growing fertile basin of the Ferghana Valley, which owing to its enormous span, doesn’t look like a valley at all. Long cut off from the rest of Uzbekistan by a mountain range, the valley has a more traditionally rooted culture. Aside from its rich agriculture, it is also the home of silk production, where handwoven ikats are made by knotting the silk threads numerous times before dyeing and then being assembled on clacking wooden looms in a specific pattern which reproduces the intended design. This is a high art, where patterns are memorized, not written down, and weavers and knotters alike learn their skill from an early age to master it. 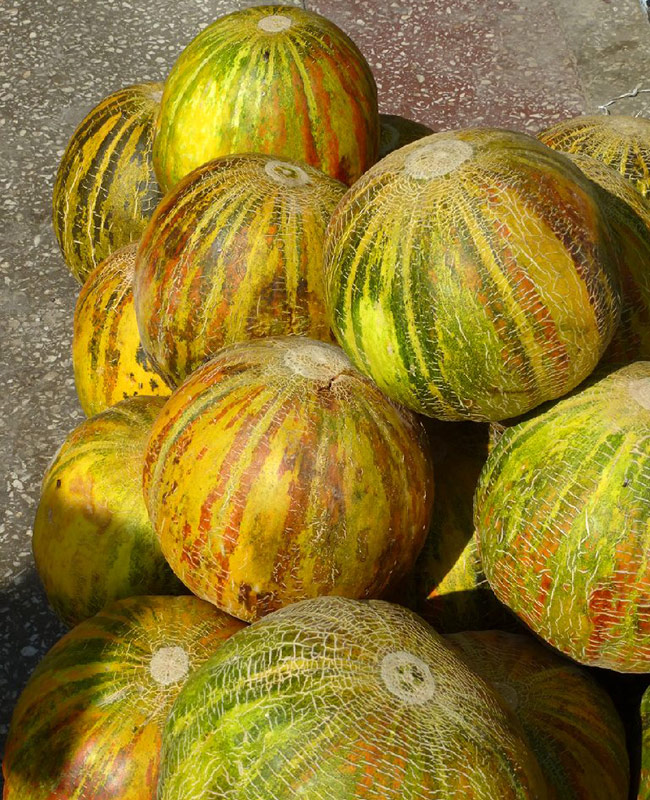 From a honeyed valley of ripening quinces and giant melons, we reach Kyrgyzstan, where the people look East Asian rather than Turkic. We have also left behind the closely related Tajik-Uzbek and Turkmen languages, written mainly in the Latin alphabet, for a land where more Russian is spoken, and Kyrgyz too is written in Cyrillic. In cooling climes as we journey northwards and upwards, there are breathtaking snowcapped mountains and green meadows, narrow valleys and a pale green rushing river. Kyrgyzstan has no oil or gas to sell—its bounty is nature and spectacular scenery. Poplars, horses, apricot trees, and apple orchards dot the lower landscapes; above are the Tien Shan Mountains, home to wolves, eagles, and ever-elusive snow leopards. Our guides love and respect their country’s nature and landscape, knowing it is the jewel in their crown. Kyrgyzstan is a place to come back to nature, to center oneself in its vast beauty, before returning to Western life. 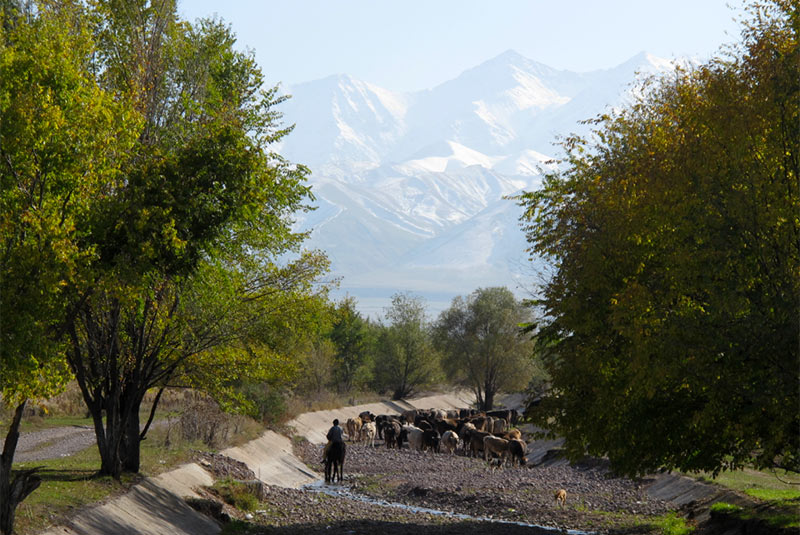 Sarah Timewell has worked with GeoEx since 1989 and is one of our most popular trip leaders, specializing in adventures in Asia and the Middle East. She is also a published writer and photographer.

To learn more about travel in Central Asia and exploring the Silk Road, call GeoEx’s destination specialists at 888-570-7108.