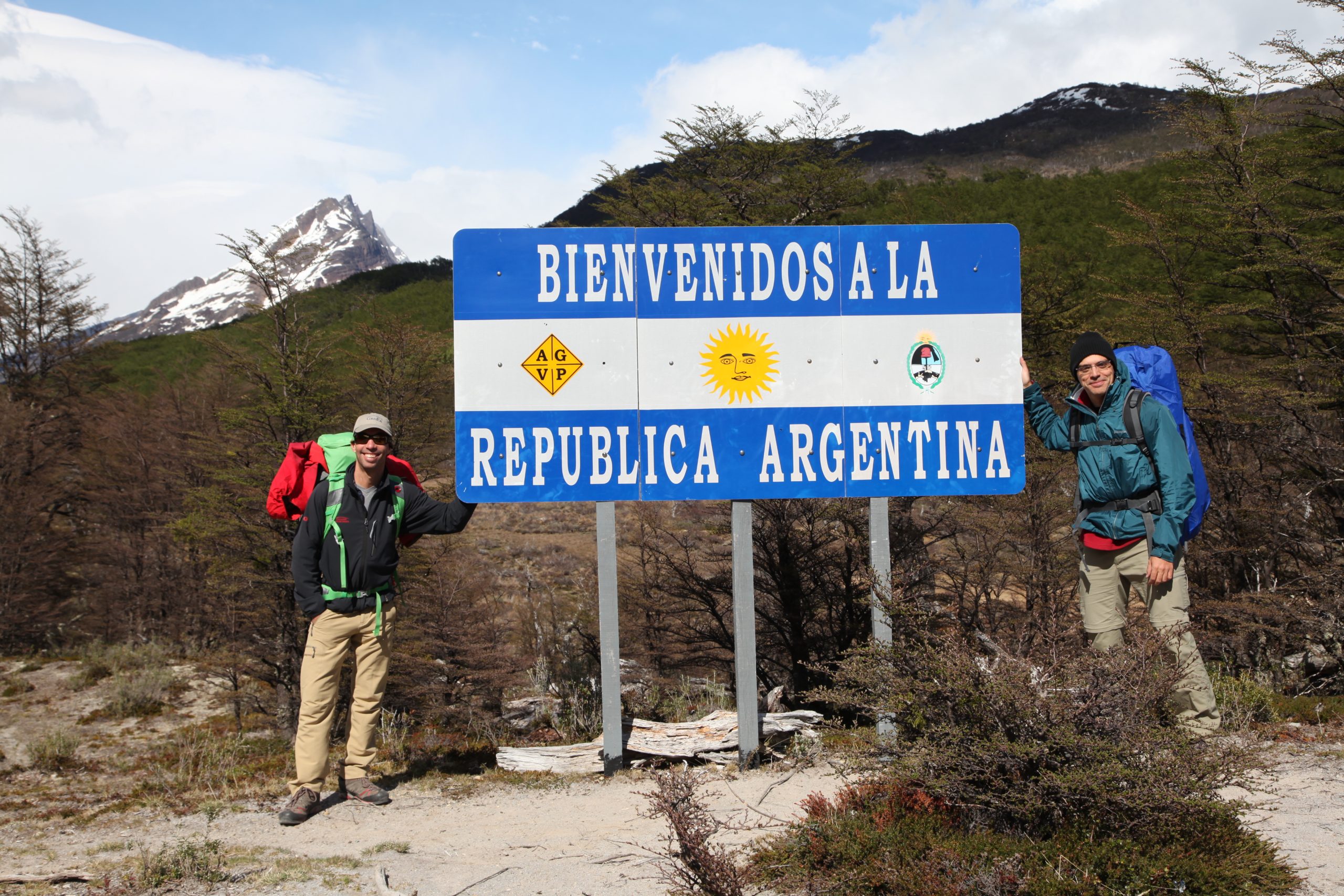 “Life is never going to be quite the same again after your passport is stamped,” Graham Greene wisely wrote, but as many travelers know, the act of reaching a border post and getting that stamp can be a life-changing adventure all on its own. Here, eight GeoEx staffers reminisce about border crossings they won’t soon forget.

Amanda McKee: We’d been traveling for days through Chile’s remote Aysén region, heading toward Argentina. When the road ended at glacial Lago O’Higgins, we took the ferry across and found the lonely border post set amid breathtaking scenery and nothing else. The immigration guards, pleased to have company, stamped our passports and invited us into their living quarters for coffee. Then we spent 24 hours no longer officially in any country, hiking across a mountain pass, camping overnight, and hiking some more before finally reaching the Argentine border post—still miles from roads.

Alice Howell: I hiked for seven days on an old salt route in northwest Nepal to cross into Tibet. At the border, the Maoist rebels who had taken the post demanded more money from my guide. When my guide resisted, we were told we would be kept there, and they halfheartedly attempted to shuffle us into a dank, dark holding room. We wound up paying our undue extra and were allowed to cross (via wobbly footbridge)—only to be greeted by hostile Chinese border officials who shook us down for all imagery of the Dalai Lama.

Jesse Knight: When I was crossing from Peru to Ecuador, the power went out in the immigration office, turning the room pitch-black. Suddenly I was tackled to the ground by an Ecuadorian guard. When the power returned a few minutes later, the guard stood up, brushed off his clothes, stamped my passport, and let me through.

Jessica Silber: When bussing from Tanzania into Kenya, my two friends and I were the last to receive our passports back from officials at the chaotic border. The process had taken so long that our bus driver had left without us, abandoning us but taking our luggage. We were frantic. Luckily, a kind stranger drove us into Kenya, where we caught up with the bus. The other passengers laughed heartily when we three grumpy wazungu reclaimed our seats.

Natalie Crow: Crossing from Costa Rica to Panama on the Caribbean coast felt like a major adventure. I was let off by my bus on a dirt road in what seemed like the middle of nowhere and had to walk to a tiny, dilapidated shack (aka the border post) to get my stamp. Then I had to pick my way across a “bridge”—basically an ancient, rickety railroad trestle with only a few random planks strewn across it (unattached) to keep you from tumbling into the rushing water below. I walked very carefully and was grateful to arrive in Panama!

Jean-Paul Tennant: Back in the days of a divided Germany, I crossed from West to East with my family to visit relatives trapped on the wrong side. There were watchtowers, machine gun turrets, rows of barbed wire, and East German border guards ripping apart seats and probing gas tanks to make sure no one left with hidden human cargo. The measures East Germany put in place to keep its citizens from leaving made quite an impression on me, even as a young boy.

Brady Binstadt: In Chile, after driving well over 100 miles on a gravel road (the kind with more tumbleweeds than speed limit signs), we came to a little shack with one beat-up truck parked next to it. That was the official border post. We had to wake up the two guards (one Chilean, one Argentine), both in full uniform though it had been 17 days since anyone had crossed. When I spotted a Ping-Pong table outside, I foolishly challenged them to a few games. Have you ever played Ping-Pong in the middle of the famously windy Patagonian steppe with someone who has a lot of time on his hands? Well, let’s just blame my loss on the home-table advantage.