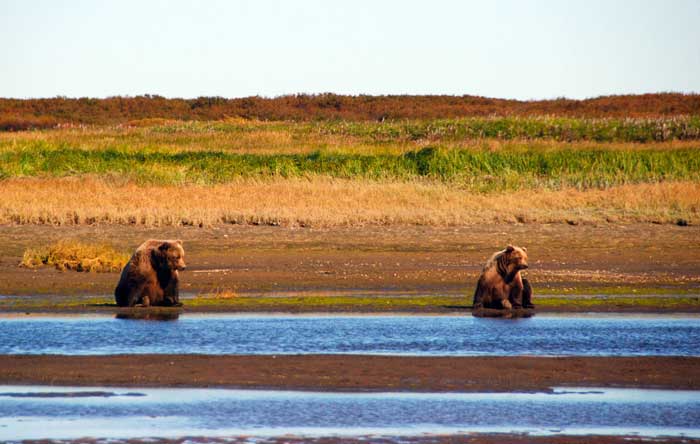 It started with an e-mail to the GeoEx staff: “Tell me where to go on my own vacation.”

My request specified that I was seeking solace in deep wilderness and feeling the need to lighten up and to laugh a lot. When I closed my eyes, all I saw was a white mountain.

Recommendations from coworkers quickly poured in. Most of them involved visiting exotic, far-flung destinations around the globe. But when the opportunity arose to fly in super cub planes around the wilds of Alaska for several weeks, I discovered that the perfect destination didn’t require traveling halfway across the planet. It was right here in the US and was much easier to reach than I would have suspected.

Recognizing that I needed a mentor to help me rediscover immense joy, I managed to convince my colleague Alice Howell to join me. I’ve always joked that Alice could teach a master class in creative life enjoyment. Alice was the perfect accomplice to practice squeezing the absolute most out of every day in Alaska.

An average Alaska day might include a morning of yoga overlooking a bay, stand-up paddleboarding while watching a full whale breach, dining on gourmet farm-to-table delights, connecting with Native Americans, snuggling with Iditarod puppies, flying over volcanic craters, walking on the beaches of the Katmai Peninsula looking for coastal brown bear cubs, walking on a glacier, and more.

Here’s my list of the top 10 things that make Alaska such an exhilarating adventure:

What makes Alaska an ideal place to rediscover your soul is its incomprehensible vastness, which engulfs you immediately upon arrival. It’s the perfect area to simply disappear for a while. And even better, you can disappear without the jet lag, immunizations, paperwork, visas, and other hassles that usually accompany a trip of this magnitude. 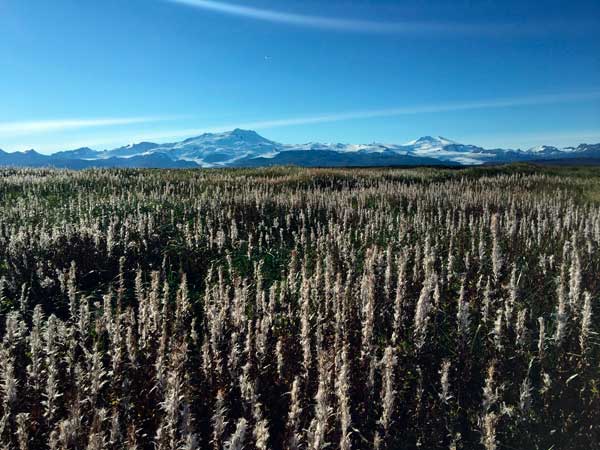 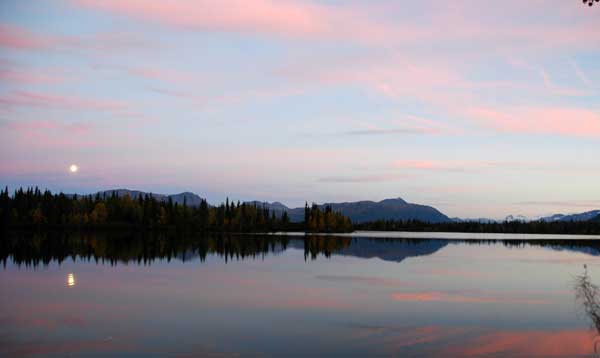 We did a walk in the Katmai Peninsula on a remote beach along the coast. The scenery was superb with the Pacific Ocean backed by snowcapped mountains. As we were there in September, the bears had absolutely gorged themselves throughout the summer and were nearly comatose, getting ready to wind down for hibernation season. It was an unforgettable treat to see such majestic animals up close and in the wild! 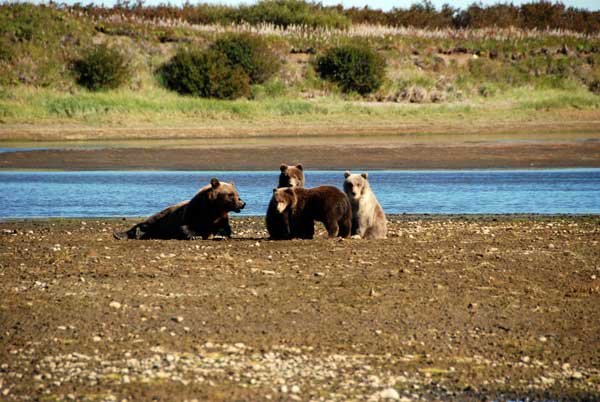 A great part of traveling in Alaska in the fall is that there are far fewer people—and the colors are amazing! Locals will tell you that this is their favorite time of year. Yes, you can get some weather, but it’s Alaska after all. 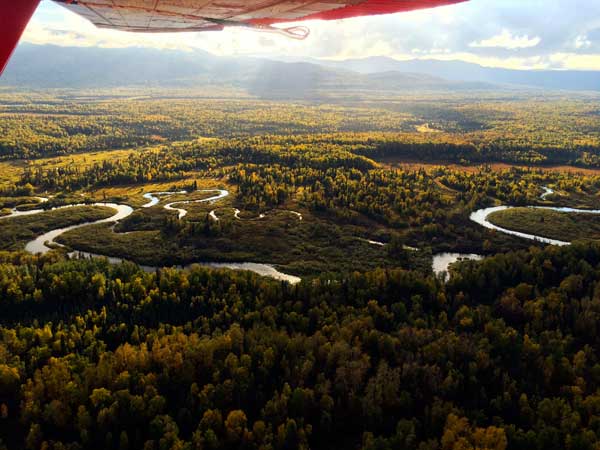 Alaska has a mind-staggering amount of coastline. It’s so inspiring to walk where the sea meets the land, and to feel the enormity of both. It restores your sense of planetary perspective. 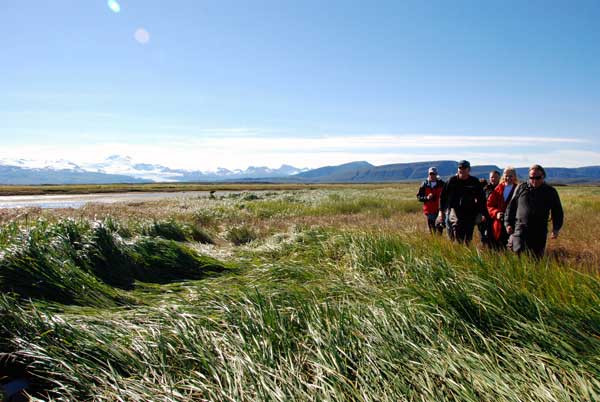 We stayed at family-owned and -operated lodges, and learned that it takes a special kind of family to live in Alaska. Ultima Thule Lodge, for example, is based in Wrangell-Saint Elias National Park, where there are no roads. Every single item that comes in must be brought in by plane. At Tutka Bay Lodge, gourmet cooking classes are taught on the Widgeon II, a World War II-era troop carrier boat that has been beautifully restored. Wherever we went, the lodge staff was delighted to be there and to share the best of Alaska with their guests. And though the lodges weren’t fancy, the staff’s enthusiasm and talent were spectacular. 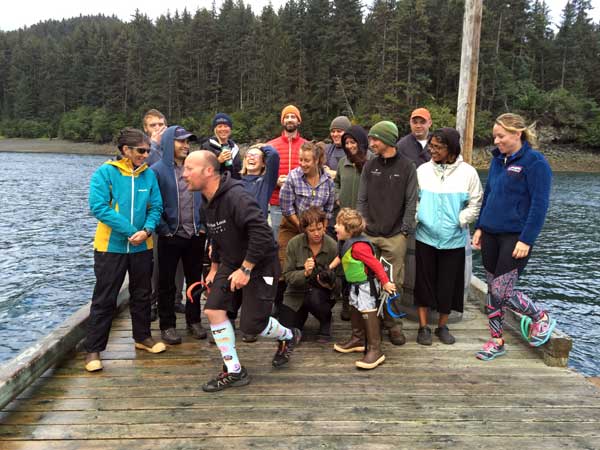 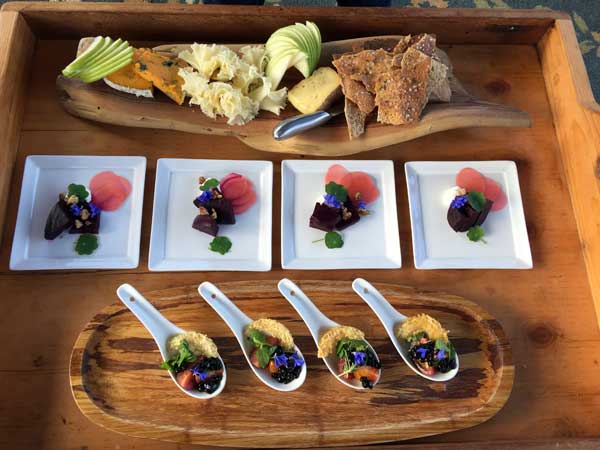 To see only a small swatch of Alaska aboard an enormous cruise ship, as most travelers do, is a shame. Alaska has some of the largest wilderness areas on the planet, some only accessible by small boat but most reachable only by plane. In fact, many of the state’s national parks (most of which have no road access) are bigger than most countries. We took flights into some of the most stunning scenery on the planet. The interior is endless and the wildlife astounding. At one point, we found ourselves in a valley that was a thousand times as grand as Yosemite National Park, only to see other endless valleys in every direction. 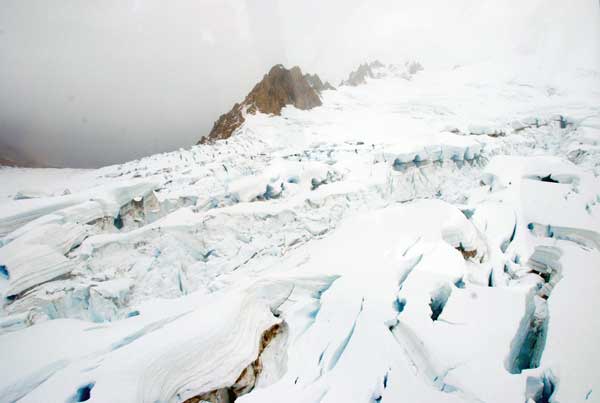 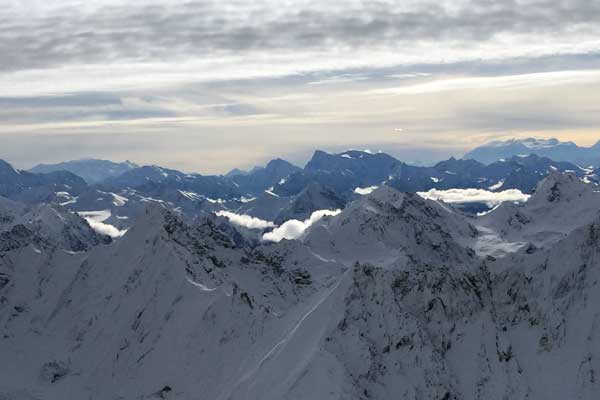 One unexpected wonder of Alaska is the size and variety of its mushrooms. The red-and-white mushrooms were especially impressive and reminded us of the early Mario Brothers video games. 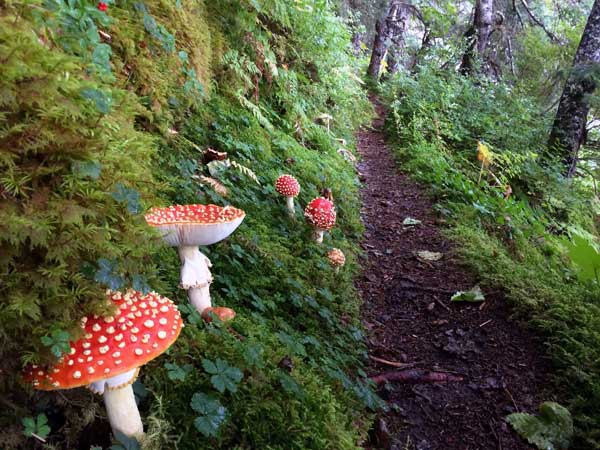 8. Fitting so Much into One Day

After an amazing day of bear-watching, we landed at the lodge dock and immediately jumped on paddleboards; as we paddled serenely, we saw whales breaching. The lodge staff even brought us brownies on the boards as we watched the sunset. 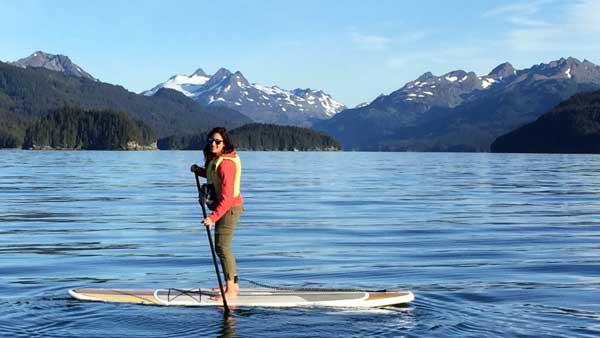 I had no idea just how important and extreme the Iditarod sled dog race is. The pure adventure race traverses more than 1,000 miles across several mountain ranges and even the frozen open ocean. With 70 mile-per-hour winds and temperatures as cold as -60 Fahrenheit, only 800 people have ever actually completed the race, a far smaller number than those who have climbed Mount Everest. We met several mushers and their Alaskan husky teams, including Ultima Thule’s own Ellie Grey, the youngest woman to have ever completed the race. 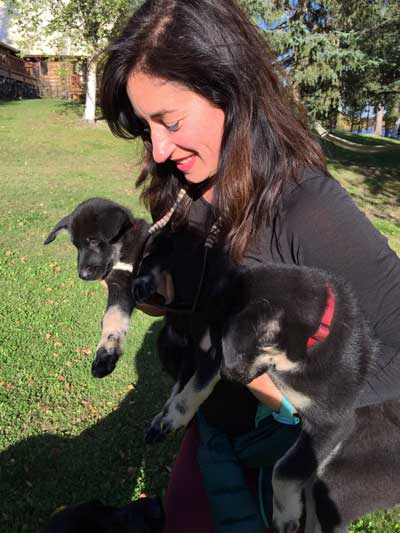 Alaska has countless glaciers, and we visited many, savored the mesmerizing colors of the moraines from the air. Landing on top of them in bush planes and helicopters, we were the only visitors there. At Wrangell-Saint Elias, the bush pilot mentioned he’d never been on the same glacier twice. 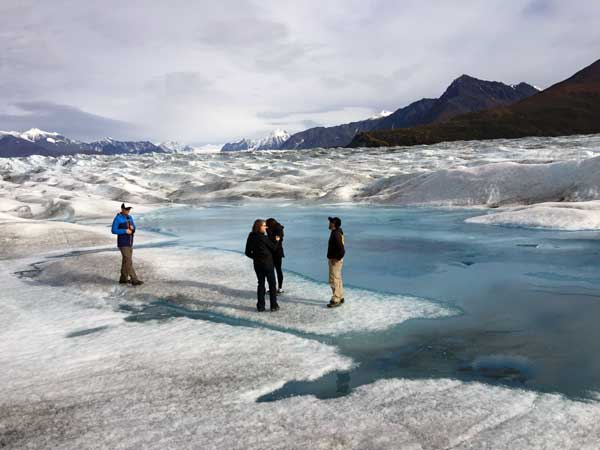 To learn more about GeoEx’s Alaska trips or to start planning your adventure, contact our destination specialists at 888-570-7108.