Home » Wanderlust » A Quest in Cambodia: Bracelets and Belief at the Killing Fields

A Quest in Cambodia: Bracelets and Belief at the Killing Fields 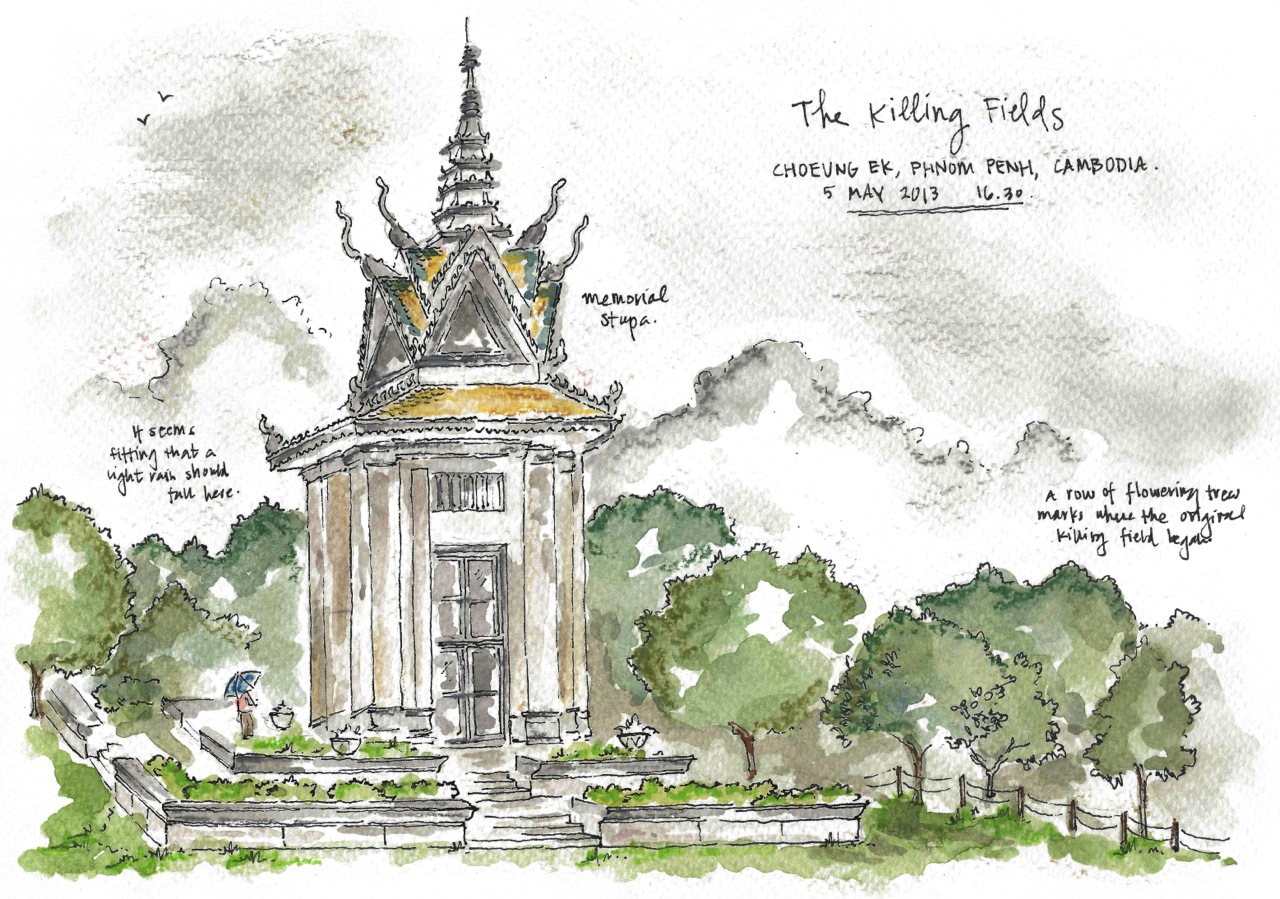 On a gray Sunday afternoon in Phnom Penh, Cambodia, I arrive at the Choeung Ek Genocidal Center – a site better known as the Killing Fields.

I see three mass graves during my time at Choeung Ek (although 86 out of 129 have been uncovered so far) – one is home to 450 victims, while another is filled with the bodies of Khmer Rouge soldiers, those whom Pol Pot accused of having a “Cambodian body, but Vietnamese head.”

Today the graves are protected beneath open-air shelters and surrounded by bamboo fences – and on each and every fence post there are bracelets; brightly colored friendship bracelets, ones made from ribbons, and others that read Cambodia on their sides.

Thousands and thousands of bracelets – and for whatever reason, they are what move me the most.

I slip a bracelet off my wrist, an orange one I found on a street in Laos. I’d read they are an important part of Baci ceremonies, tied around a person’s wrist for good luck, and so I had worn it since to remind me of my time there. Now I leave it here, above a bracelet the color of blood.

And, so it seems, have so many others, slipping off whatever they had on their wrist at the time and leaving it behind – as an act of love, or belief, or perhaps of prayer. Because what else can you do at a place where a million people died – and at the hand of their own countrymen?

What else can you do but hope and pray and believe for healing and leave something, anything, behind you that says we were here, and that we remember?