33 Years of Trekking Around Everest 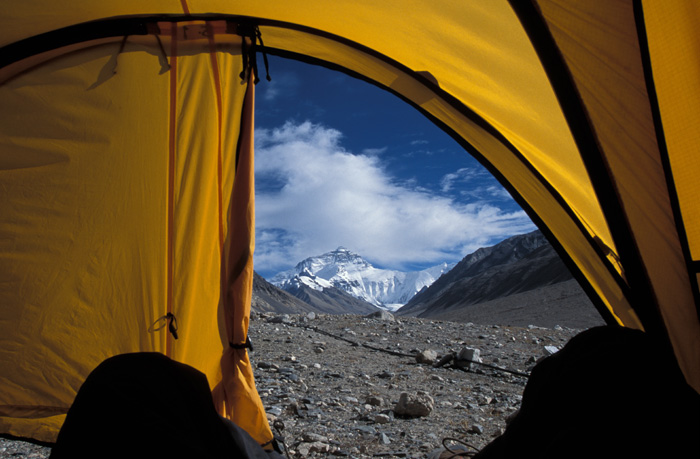 As he gears up to lead another expedition to Mount Everest, our longtime leader and veteran trekking guide Vassi Koutsaftis—who has led adventurous folks to all three Everest Base Camps and, as far as we know, is the only Westerner to have been to the Kangshung Face of Everest (the east face from Tibet) ten times—to reflect on his trekking experiences around the fabled mountain.

I remember the first time I saw Everest. It was February of 1983. I was trekking to the Nepalese Base Camp, seeing some of the world’s most impressive peaks, when suddenly the whole of Mount Everest appeared. The other peaks seemed like midgets in comparison. I couldn’t believe the sizeof it, the sheer immensity of the mountain, its beauty, and that I was there all alone. There was snow all around, and the day was sunny and glorious.

On that trek, I climbed from Lukla to Base Camp, staying in tea houses along the way. With the exception of an Australian couple coming down while I was headed up, no other trekkers were on the trail. My only companion was a dog that followed me all the way from Tengboche, a tiny monastery at about the trek’s midpoint, to Base Camp and back again, playing in the snow and eating my leftovers. (I’m not so fond of dal, the local dish of spiced pureed lentils, and food those days was dal, rice, and more dal.)

In the spring of 1984, I found myself going back and paying the price for being too relaxed about altitude sickness. I hadn’t had problems the year before, but this time was different. I got very ill in the middle of the night at Lobuche, the last camp before Base Camp, and found myself all alone, stumbling like a drunken man back down the extremely difficult, cold, dangerous descent to Pheriche (today this village is home to the Himalayan Rescue Association clinic). I told myself then that I would never do this again, yet, here I am more than 30 years later and I keep returning.

In the early 1990s, when expeditions began flocking to the Nepalese Base Camp, my friend Tom Cole suggested exploring the far quieter Kangshung Face, the east face, accessible from Tibet. It was—and still is—too remote and hard to get to for most trekkers. I was instantly hooked. This trek has truly the most breathtaking mountain scenery around. You can see all of Everest, from the base to the summit, from 17,000 to some 29,000 feet, along with other incredible peaks. You’re in the middle of stunning mountain views and Everest is in your face. (By the way, in the category of breathtaking mountain scenery, Snow Lake and Baltoro in Pakistan take a close second.) 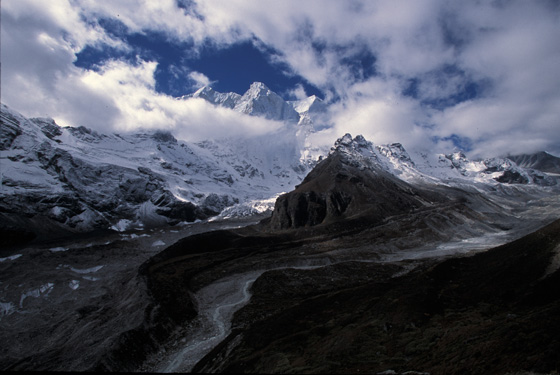 I’ve now led the Kangshung trek ten times and still want to go back. I remember not just the landscapes but also the wonderful people I’ve taken there. They’ve become friends. You share a lot while you’re on a trek. You realize what’s important in life and learn a great deal about yourself. You see the purest of night skies. One night, a group of us sat out counting satellites and shooting stars. There are funny memories, too, like the night we woke to see our toilet tent—still fully assembled—running down the hill. Two villagers had just picked it up and ran away in the moonlight.

Over the decades, trekking around Mount Everest has become a little more comfortable. Rather than looking forward to the end-of-the-journey shower (three or four weeks later), today’s expeditions often have water to wash with during the trek. And it’s not just dal and rice anymore. In fact, if you want dal and rice, you have to ask for it, and the cook usually gives you a skeptical look. Salad, pasta, pizza, and, believe it or not, sushi with wasabi and soy sauce are all on trek menus. Though it’s nice not to have to face dal and rice for every meal, old-timers like me can’t help feeling a little nostalgic for simpler times on the mountain.

That said, trails are cleaner today than when I started trekking. People are more conscious about garbage and plastic: they’re either burned or carried out. Food used to be prepared over a wood fire, now the cooks use gas canisters. Expeditions have to pay a cleanup fee, and the requirement to pack litter out is not only better for the environment, it also means there’s more work for porters and Sherpas. The porters, who used to be in the snow and ice with just flip-flops and whatever they could scrounge to keep warm, now are at least supplied with basic shoes and cold-weather gear. 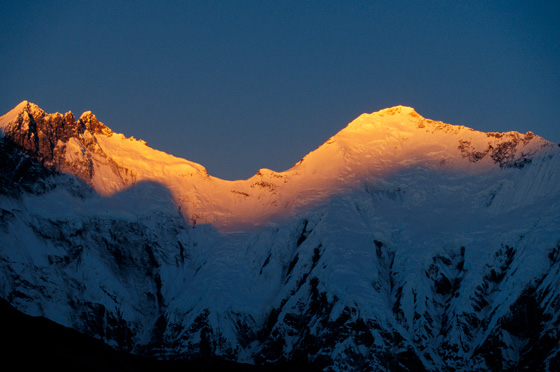 Technology has also altered the trekking experience. Nowadays your cell phone will probably work on the North Face of Everest (the Rongbuk) in Tibet. And at the Nepalese Base Camp, there’s a makeshift internet café—the connection speed is nothing to write home about, but imagine sending an email from an Everest Base Camp! Today trekkers and climbers can make live broadcasts, perhaps offering the folks on the couch at home a taste of climbing Mount Everest. But nothing will ever replace the real trek and the exhilaration that comes with overcoming tiredness, biting cold, and altitude sickness to see the sun rise and paint Mount Everest in gold—the feeling of total freedom.