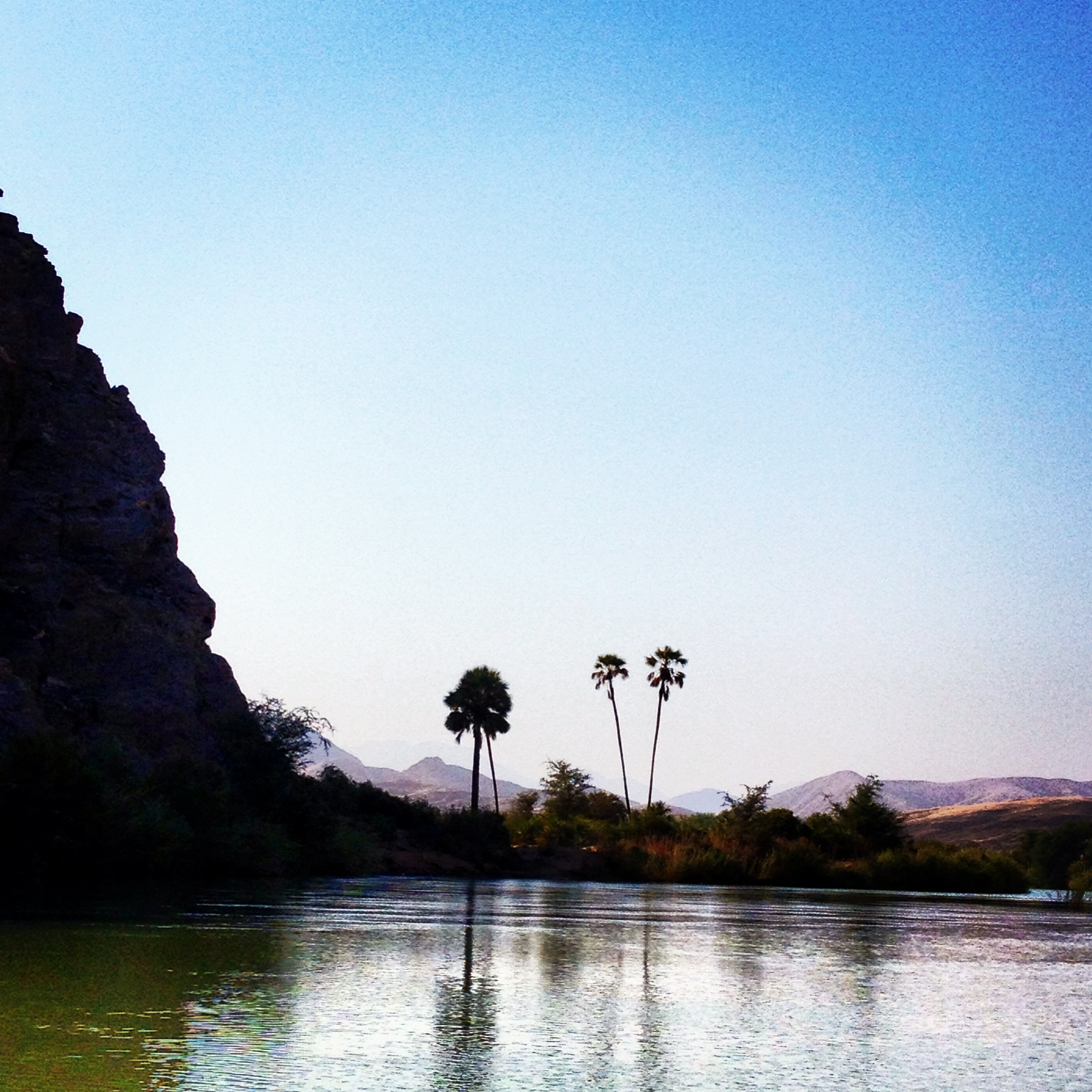 The lights dimmed as the entire staff started singing “Happy Birthday.” Along with everyone else, I was looking around wondering who the lucky traveler was to be celebrating their birthday at Serra Cafema, an about-as-remote-as-you-can-get premier lodge on the Kunene River in northern Namibia. Once the piece of cake with the glowing candle was dropped directly in front of me, I realized who indeed the lucky one was. My actual birthday wasn’t until the following week, but apparently GeoEx had arranged for the festivities to start a little earlier while I was on the trip Namibia: Red Dunes, Rhinos & Desert Riches this past June.

I had no idea a big party had been secretly panned for me that night, and it couldn’t have been a better surprise.  This turned out to be my most memorable birthday ever as the traditional Namibian singing, dancing, and music continued into the night. I felt like I had already been celebrating the entire time at Serra Cafema, from partaking in wonderful excursions on a boat safari down the river to riding quad bikes around the sand dunes to visiting the Himba people.

I was traveling with the Namibia Misfits (an endearing nickname my small group of eight had given ourselves), and our adventures so far had been action packed and incredible. The moment our chartered scenic flight landed in the Hartmann Valley, none of us could believe where we were. We were definitely feeling off the beaten path now. It was much different than Etosha and Sossusvlei, where we had been for the past five days. We could feel the sense of remoteness, as nothing was around us for miles. The drive from the airstrip to the lodge was filled with one photo opportunity after another as the terrain changed from dunes to rock formations that resembled moonscapes.

Upon arrival at Serra Cafema, we were greeted by the sounds of small rapids on the Kuene River that, along with chirping birds, provided a welcoming and soothing soundtrack. The lodge was absolutely stunning, from the accommodations themselves to the surrounding scenery. The staff was extremely friendly and knowledgeable about the area and the tents looked like New York-style lofts, with views of either the flowing river or the sand dunes, depending on which side of the camp you were on. The main lodge dining area was built around massive trees and gave an open-air cabin-like feel. Favored places to read my book at night were by the fireplace or in the lounge by the outdoor bar facing the river.

My adventures at Serra Cafema were truly special and I urge anyone looking for a once-in-a-life-time experience to celebrate at least one birthday there. And while you’re looking around to see who the lucky one is, you may just see me there!