Isabel Allende: An Epiphany in India 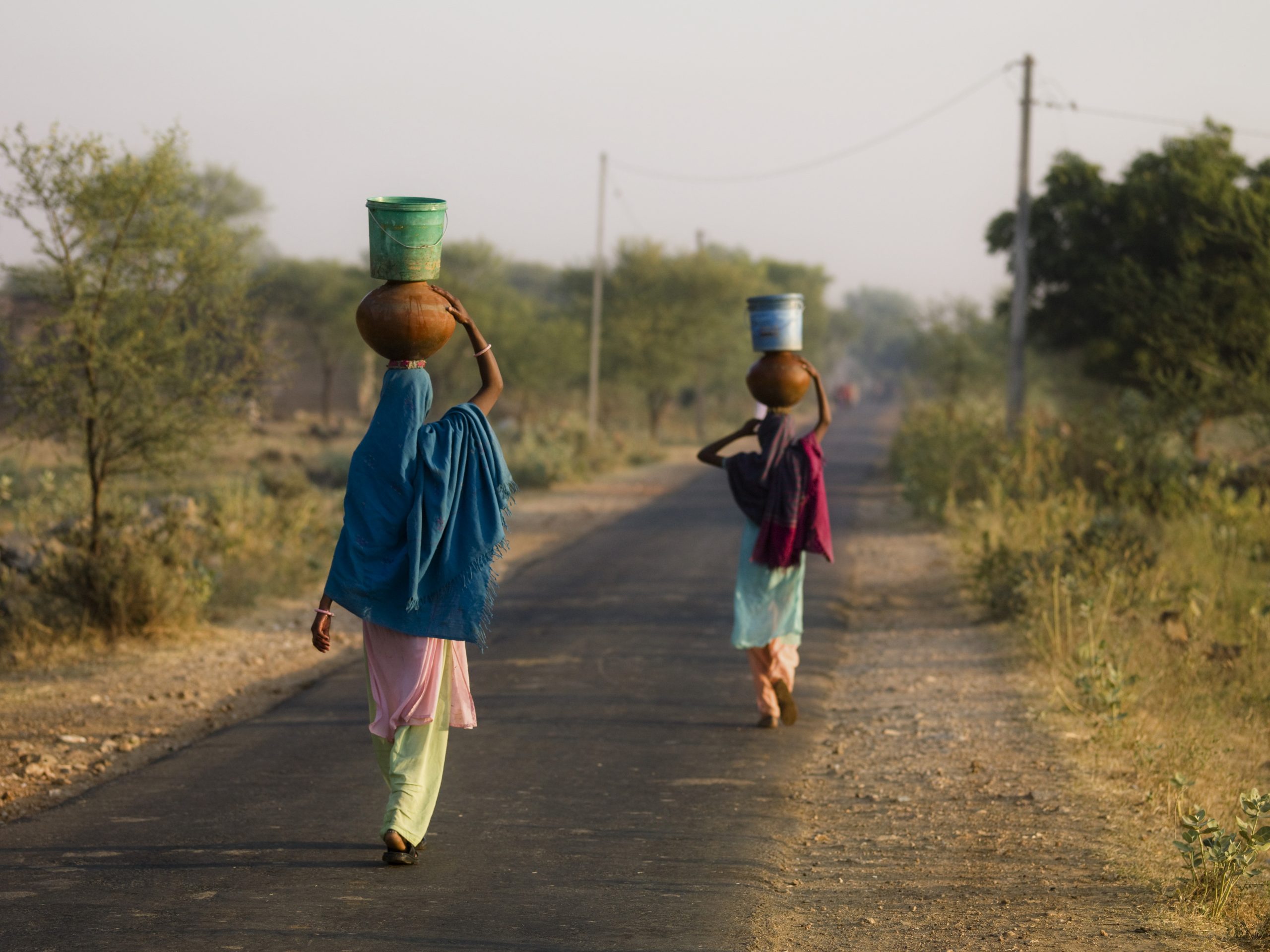 Isabel Allende is an acclaimed novelist, memoirist, and humanitarian. Her books include The House of the Spirits, Eva Luna, Aphrodite: A Memoir of the Senses, The Sum of Our Days, My Invented Country, Paula, and her latest, Maya’s Notebook. She has also written an adventure trilogy for young readers—City of the Beasts, Kingdom of the Golden Dragon, and Forest of the Pygmies. The Isabel Allende Foundation works with nonprofits in the San Francisco Bay Area and Chile to empower and protect women and girls, based on the understanding that empowering women is the only true route to social and economic justice. We are extremely pleased to publish her poignant story below, which is reprinted from the new Lonely Planet anthology, Better Than Fiction.

Who Wants a Girl?

My daughter Paula died on December 6, 1992, of a rare blood disorder that nowadays should not be fatal, but there was negligence in the hospital, she was given the wrong medication, she fell into a coma and five months later, when the hospital finally gave her back to me, she was in a vegetative state. I brought her home and took care of her until she died, peacefully, in my arms. She was twenty-eight years old. She had been a smart and beautiful girl with a generous heart; her mantra was, “You only have what you give; it’s by giving that you become rich.”

Grieving for the loss of Paula was like walking alone in a long and dark tunnel. It took me a few years to reach the end of the tunnel and see light again. Those were years of confusion and sadness; at times I felt a claw in my throat and I could barely breathe. Without even being aware of it, I dressed all in black. I tried to write, but it was a futile attempt: I would spend hours staring at my computer or pacing my studio, blocked. For someone who lives to write, an internal drought is terrifying. I summoned the muses in vain, for even the most bedraggled muse had abandoned me. After three years of emotional paralysis, my husband, Willie, and my friend Tabra decided that I needed to fill up my reservoirs and proposed a trip to India, because according to them, India is one of those experiences that mark you for life, a land of great contrasts, of appalling poverty and extraordinary beauty where surely I would find inspiration. I accepted, although I had no desire to travel and even less to India, the farthest possible point from our home before starting back around the other side of the planet.

Sirinder, our guide and driver in India, had the courage and expertise needed to navigate winding rural roads and crazy city traffic, dodging cars, buses, burros, bicycles and more than one starving cow. No one hurried – life is long – except the motorcycles zigzagging at the speed of torpedoes and with a family of five riding aboard. We didn’t have safety belts, we had karma: no one dies before his time. Sirinder was a man of few words and Tabra and I learned not to ask him any questions, because the only one he answered was Willie.

One late afternoon, as we drove in the country, in a dusty and reddish landscape where the villages were far apart and the plains stretched forever, we saw a solitary tree, probably an acacia, and a group of four women and several children under its branches. We wondered what they were doing there, in the middle of nowhere, far from houses or a well. The sun was beginning to go and brushstrokes the color of fire streaked the sky. We asked Sirinder to stop, and Tabra and I walked toward the women. They started to back away, but their curiosity overcame their shyness and soon we were together beneath the acacia, surrounded by naked children.

The women were wearing dusty, frayed saris. They were young, with long black hair, dry skin, sunken eyes made up with kol. In India, as in most of the world, the concept of personal space we defend so fiercely in the West doesn’t exist. Lacking common language, we greeted each other with smiles and then they examined us with bold fingers, touching our clothing, our faces, Tabra’s red hair and the silver jewelry we had bought the day before. We took off the bracelets and offered them to the women, who put them on with delight. There were enough for everyone, two or three each.

One of the women, who could have been Paula’s age, took my face in her hands and kissed me lightly on the forehead. I felt her parched lips, her warm breath, her smell. It was such an unexpected gesture, so intimate, that I couldn’t hold back the tears. The other women patted me in silence, disoriented by my reaction. From the road, a toot of the horn from Sirinder summoned us: it was time to leave. We bade the women good-bye and started back to the car, but one of them followed us. She touched my shoulder, I turned, and she held out a small package. I thought she meant to give me something in exchange for the bracelets and I tried to explain with signs that it wasn’t necessary, but she forced me to take it.

It weighed almost nothing, it looked like a bundle of rags, but when I turned back the folds, I saw that it held a newborn baby, tiny and dark. Its eyes were closed and it smelled like no other child I have ever held, a pungent odor of ashes, dust, and excrement. I kissed its face, murmured a blessing and tried to return it to the mother, but she ran back to the others while I stood there, rocking the baby, not understanding what was happening.

A minute later Sirinder came running and shouting. He snatched the baby from my arms and started toward the women, but they ran away, terrified at the man’s wrath. Then he bent down and laid the infant on the dry earth beneath the tree, while the women watched from a safe distance.

By then Willie had come too, and he hustled me back to the car, nearly lifting me off the ground, followed by Tabra. Sirinder started the engine and we drove off, as I buried my face in my husband’s chest.

“Why did that woman try to give away her baby?” Willie murmured.

“It was a girl. Who wants a girl?” Sirinder replied with a shrug.

There are stories that have the power to heal. What happened that day beneath the acacia tree loosened the knot that had been choking me, cleaned away the cobwebs of self-pity, and forced me to come back to the world and transform the loss of my daughter into action. I could not save that baby girl or her desperate mother or millions of women like her, but I could at least attempt to ease the lot in life of some of them. I had an account with untouched savings that I was planning to invest in something that would make Paula proud. In that moment I remembered that when she was alive I would often call her for advice – my life as a new immigrant in the US and as stepmother of Willie’s drug-addicted children was rather stressful — and her answer would always come in the form of a question: “Mother, what is the most generous thing to do in this case?”

“Now I know what to do with my savings,” I announced to Willie and Tabra. “I will start a foundation to help women and children.”

And so I did as soon as we returned to California, never imagining that through the years, that seed would become a large tree, like the acacia.

Dear Urezza, Thank you very much for your note. I certainly agree that Isabel’s work offers profound food for thought and the ground and courage to define feminism in a very simple and powerful way. As you say, feminists want a social order that includes everyone, including women, around the world. May we all find the strength to continue working to make this goal a reality. Thank you for sharing your thoughts with us! Best wishes, Don George

I’m reading Mujeres del Alma Mia, It’s just what I needed to read to help me reflect on how we should be living our lives without feeling guilty. Thank you Isabel!

Dear Karen, Thank you for your note, and thank you for reading Mujeres del Alma Mia. It is such a moving and guiding book. I too found myself profoundy inspired, energized, and humbled by reading it, and like you, found direction for my life going forward. Thank you for sharing your thoughts with us. Best wishes, Don George

Similarly the situation of women in Afganistan nowadays can be described as “needed and not wanted”. It is patriarchy in its extreme.

Dear Petya, Thank you very much for your thoughtful note. Indeed, it has been extremely dismaying to see the situation of women in Afghanistan today. So many challenges remain in our world. We are grateful to people like you — and like Isabel — who recognize the challenges of our planet and vow to try to make life better for women around the globe. Thank you for sharing your thoughts with us. With all best wishes, Don George

Ms. Allende
I am reading your book now Soul of a Women. Your spirit and nerve are ever present
and the message is clear . Live Life . GrIeve but not for too long. Acknowledge your
mistakes and live in the present.

This message is right for me. at the end of such a challenging year.

Dear Valerie, Thank you so much for your moving message. I also found Soul of a Woman to be an extraordinarily inspiring book. We are so happy to know that Isabel’s poignant story resonated with you, and offered the message you needed to hear in this very challenging time. Thank you for sharing! With best wishes, Don George

How can I help the foundation?

Dear Diana, Thank you very much for asking this question! The Isabel Allende Foundation no longer acceps donations. The foundation encourages potential donors to support a women’s program in their local communities, or to give directly to one of the foundation’s grantees. Thank you for your support of the foundation and its grantees! Best wishes, Don George

This is so beautiful Isabel, I read this many years ago and it also touched my heart. It is not a coincidence that I found today on Valentine’s . I can relate to your story very much. I also started to serve others when I felt lost. I have found myself now. Thank you for sharing your story with the world.

Dear Silvia, Thank you so much for your beautiful and touching note. Your words are inspiring to us all. Thank you for the work that you do — and thank you for sharing your experience with us. With all best wishes, Don George

0
Reply
Travel is different now.
JOIN OUR LIST
Get the latest intel, insight, and inspiration from GeoEx delivered to your inbox.