A Celebratory Trip in Bhutan | Details of Bhutan | GeoEx

A Celebratory Trip in Bhutan

GeoEx has been sharing the little-known Himalayan kingdom of Bhutan with travelers since 1985, collaborating closely most of that time with our superbly capable and connected in-country colleagues at Yangphel. In January, to celebrate our 27-year relationship, five GeoEx staff members joined Yangphel in the Land of the Thunder Dragon for a commemorative journey.

“A prime gift of the trip for me,” reported Wen Minkoff, GeoEx’s marketing maestro, “was getting to know our Bhutanese colleagues, learning about their history and traditions, and discussing how we can create amazing insider experiences for our guests.” Kim Anderson, whose cheerful voice often greets GeoEx callers can now candidly answer the often asked question from callers of what is Bhutan like? She added, “I witnessed a partnership dedicated to preserving and sharing Bhutanese culture and hospitality, rooted in mutual respect.” One night Yangphel CEO Karma Lotey gave a poignant speech describing our companies’ special relationship and explaining that “when we welcome GeoEx guests to Bhutan, they become family rather than visitors.” Our group of five certainly felt that, as have the 35 other GeoEx staffers who’ve made Bhutan scouting trips over the last three decades. 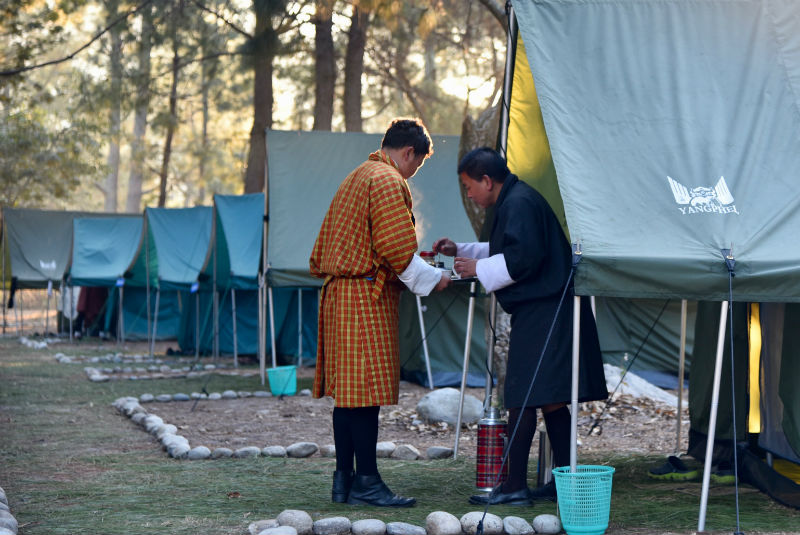 Tea delivered with the sunrise while camping along the Mo River in Punakha. Photo: Alysa Pakkidis

The January journeyers returned to San Francisco excited about other experiences as well, like staying at a lovingly crafted riverside camp:“There were two traditional hot-stone baths set up for us in the open air, right near the water’s edge. We bathed under the stars, breathing in the smell of traditional herbs. It was fantastic! We also were treated to archery and darts lessons at the campsite.”

Another highlight was an evening conversing with Bhutanese dignitaries. “We had really enriching conversations with leaders in government, education, media, and nonprofit organizations. This provided insights we couldn’t have gotten any other way.”

And they saw firsthand the advantages of off-season travel by visiting Bhutan in January: “Going in January was a treat because the weather was fine and we felt like we had the whole country to ourselves.” 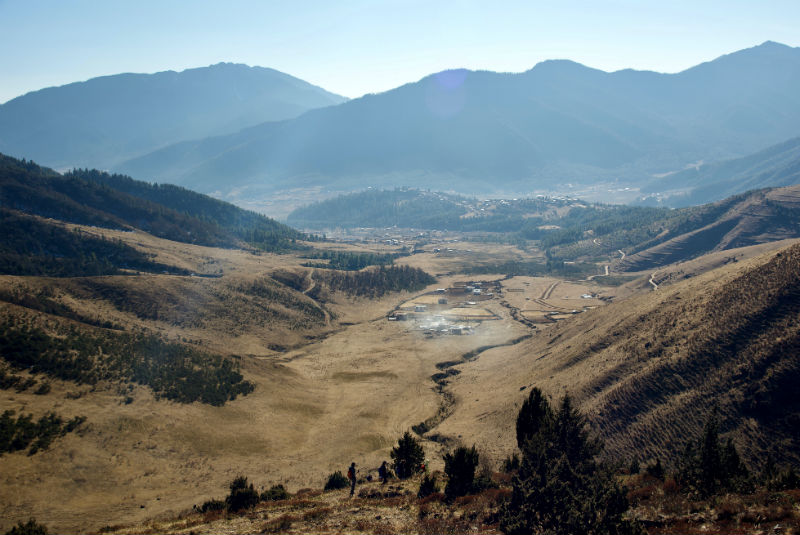 Visits to sacred spaces left strong impressions, too, especially the majestic Punakha Dzong (which they traveled to by river raft, being welcomed with lunch and a changing tent), the Khamsum Yulley Namgyal Chorten (a hillside temple they hiked to that afforded amazing valley views), the renowned Tiger’s Nest, and temples farther afield not usually seen by Westerners. “It was wonderful to spend time at the Pema Choling Nunnery, located in central Bhutan, since it has been supported in a substantial manner by past GeoEx guests who were moved by their interactions with the nuns.The day we visited, the nuns were meticulously brushing saffron-infused water on prayer scrolls to preserve them.” 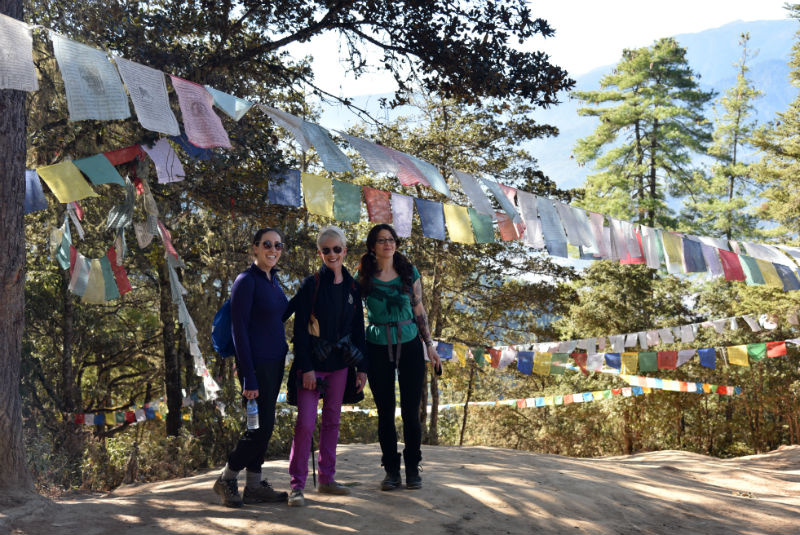 The team previewed lodging offerings as well, visualizing the best combinations for different GeoEx travelers. High marks went to Zhiwa Ling in Paro and Gangtey Lodge in the enchanting Phobjikha Valley for their balance of comfort and Bhutanese charm, and to the Amankora in Bumthang for its luxurious amenities. The not-yet-open Six Senses Resorts may provide additional high-end options for future trips.

Thinking back on their two-week adventure, Asia aficionada Elizabeth McNeil shared, “I now have an even greater desire to send travelers to Bhutan, because I understand the sacred spirit and riches of the country, and because our partnership with Yangphel feels like a personal relationship rather than a business one.”