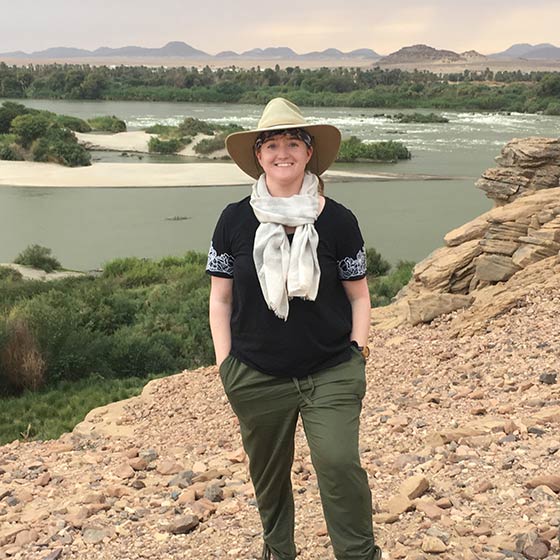 Rachel started traveling at a very young age. Her parents emigrated to Massachusetts from northern England when her mother was pregnant with her and her twin sister. As she was growing up, her parents loved to give slideshows from their trips around the world, coupled with dinners based on the featured country’s cuisine.

In her youth, Rachel traveled extensively in Europe–England, Scotland, Wales, Italy, Switzerland, Lichtenstein, Spain, Andorra, and France. Her Asian adventures began when she was in college and studied in Japan for 6 months, living with a family in a Tokyo suburb; during that time, in addition to Tokyo, she traveled to Kyoto, Hiroshima, and Osaka.

Since joining GeoEx in 2014, she has continued her Asian explorations in Bhutan, Cambodia, Tibet, and Nepal; she has also traveled to Patagonia, Botswana, Zimbabwe, Zambia, and Sudan. She has a special passion for polar/mountain expeditions, deserts, and ghost towns.

All GeoEx Staff
Not sure where to go?