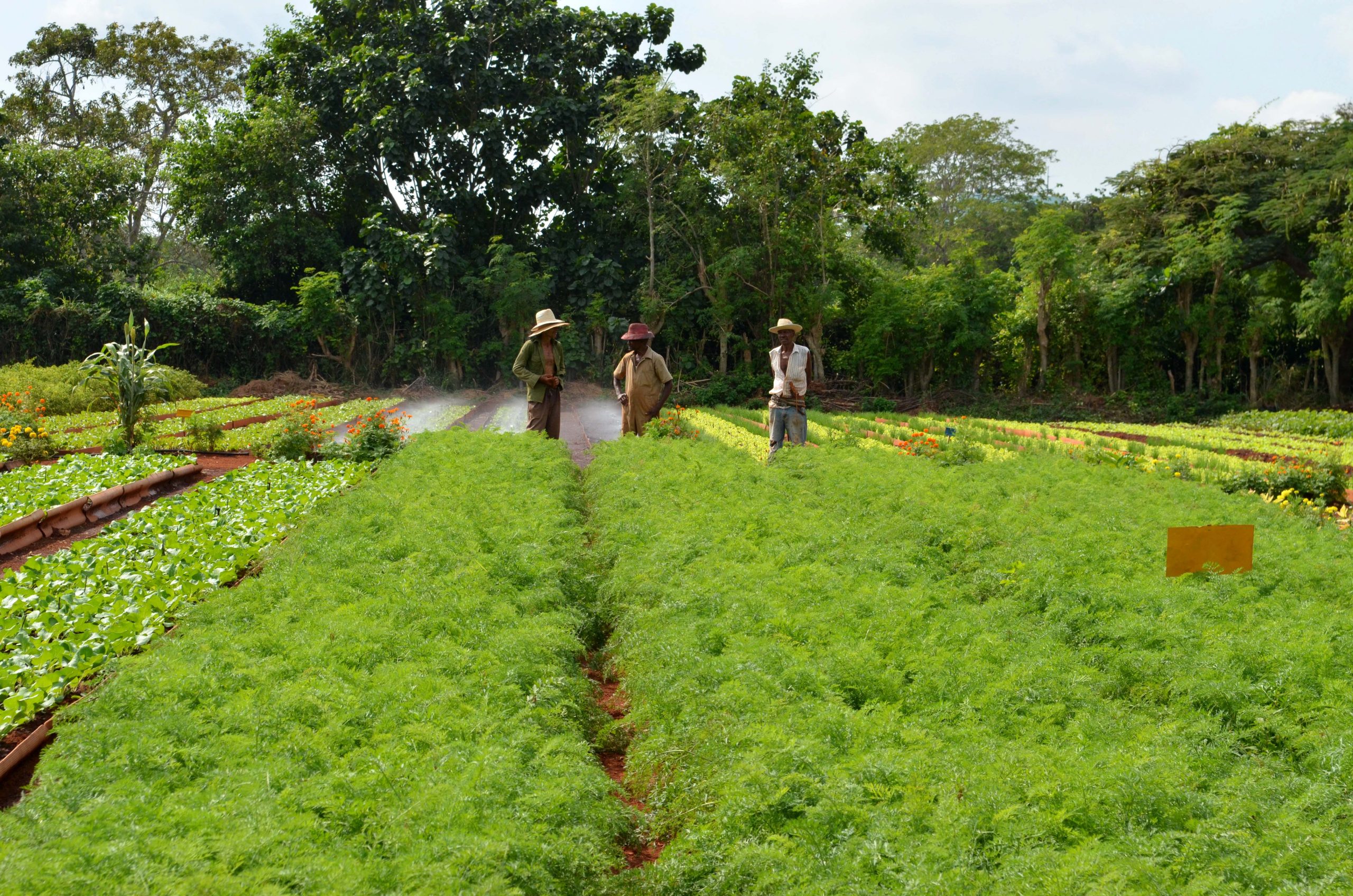 Urban organic farms, or organoponicos, are a classic example of Cuban ingenuity and resourcefulness. With the dissolution of the Soviet Union in 1991, Cuba saw an end to a preferential trade relationship that had propped up the nation’s economy for decades. Overnight the country lost 80 percent of its imports and 80 percent of its exports, and its GDP dropped by over 34 percent. Thus began an economic crisis that Fidel Castro dubbed the “periodo especial,” and the organoponico movement was born.

No longer able to rely on their government to provide for their everyday needs, Cubans turned to their rooftops and nearby empty lots and began growing the food they were no longer able to import. In 1995 the organoponico at Alamar (pictured), 15 miles east of Havana, started as a tiny garden tended by six novice farmers. Seventeen years later the program has grown into a cooperative providing a living wage and fresh meat and produce for its 150 members as well as enough surplus to stock the community’s farmers’ market.

During our visit, Alvaro, one of the six original members, joked with the group that in a country where pesticides and fertilizers are expensive and typically unavailable, going organic was a necessity rather than a fad. He also proudly pointed out that the next mojito we order at our hotel bar will likely be flavored with mint from his garden.