Inside Cuba: A GeoEx Journey – Market 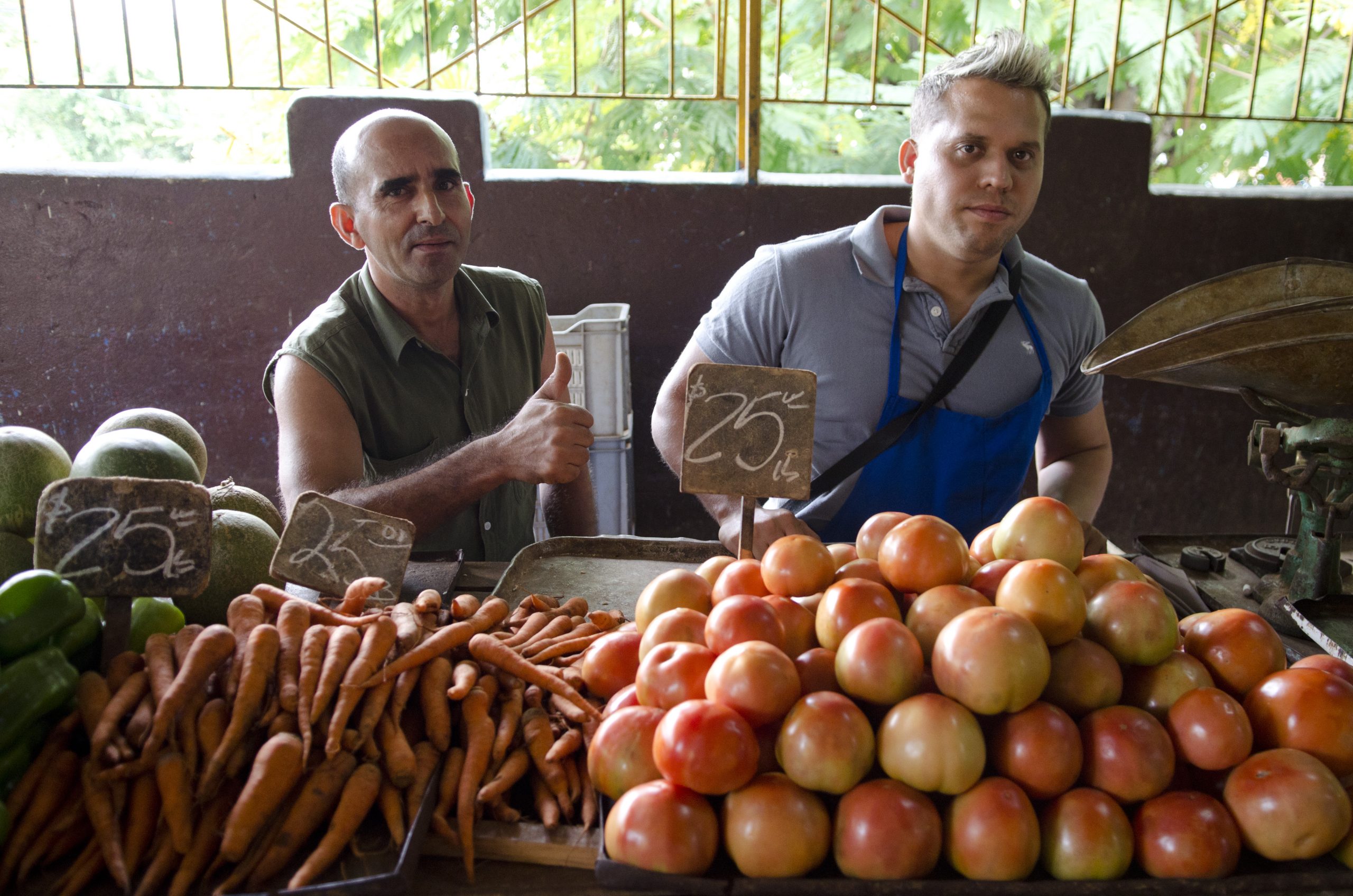 From the buying and selling of homes and cars to the stalls on the farmers’ markets, private enterprise is slowly taking root in formally socialist Cuba. Author Rafael Hernandez claims that in Cuba you have six different kinds of food markets, with the state-run subsidized market on one end of the spectrum and the black market on the other. “Capitalism has been here for years,” Hernandez says, “but it is only recently that the government has taken steps to institutionalize and encourage it. They know they need to make changes, they just want to make sure it happens at their own pace.”

Raul Castro has made it clear that agricultural independence for the fertile island is a top priority and that providing farmers with their own land as well as markets where they can sell their produce is the first step.

Vendors such as the ones pictured above, at an open-air market in the Havana neighborhood of Vedado, should be benefitting from relaxed regulations and farmers should be profiting from a new incentive structure aimed at boosting productivity; however, early metrics show that the government’s slow move to capitalism is not producing results. A recent New York Times article reported that in 2011 alone the price of food in private markets jumped nearly 20 percent and the country’s food imports rose from $1.4 billion to $1.7 billion.

Poor transportation and harvesting infrastructure seem to be the main culprits as increases in crop output have been thwarted by an inability to get those crops from the farm to the market to the dinner table in a timely manner. These troubles underscore Raul Castro’s one-step-at-a-time method to economic reform. Socialism has not always provided as much as most Cubans would like, but it has provided enough for the government to survive for nearly 54 years.