Inside Cuba: A GeoEx Journey – Flamenco 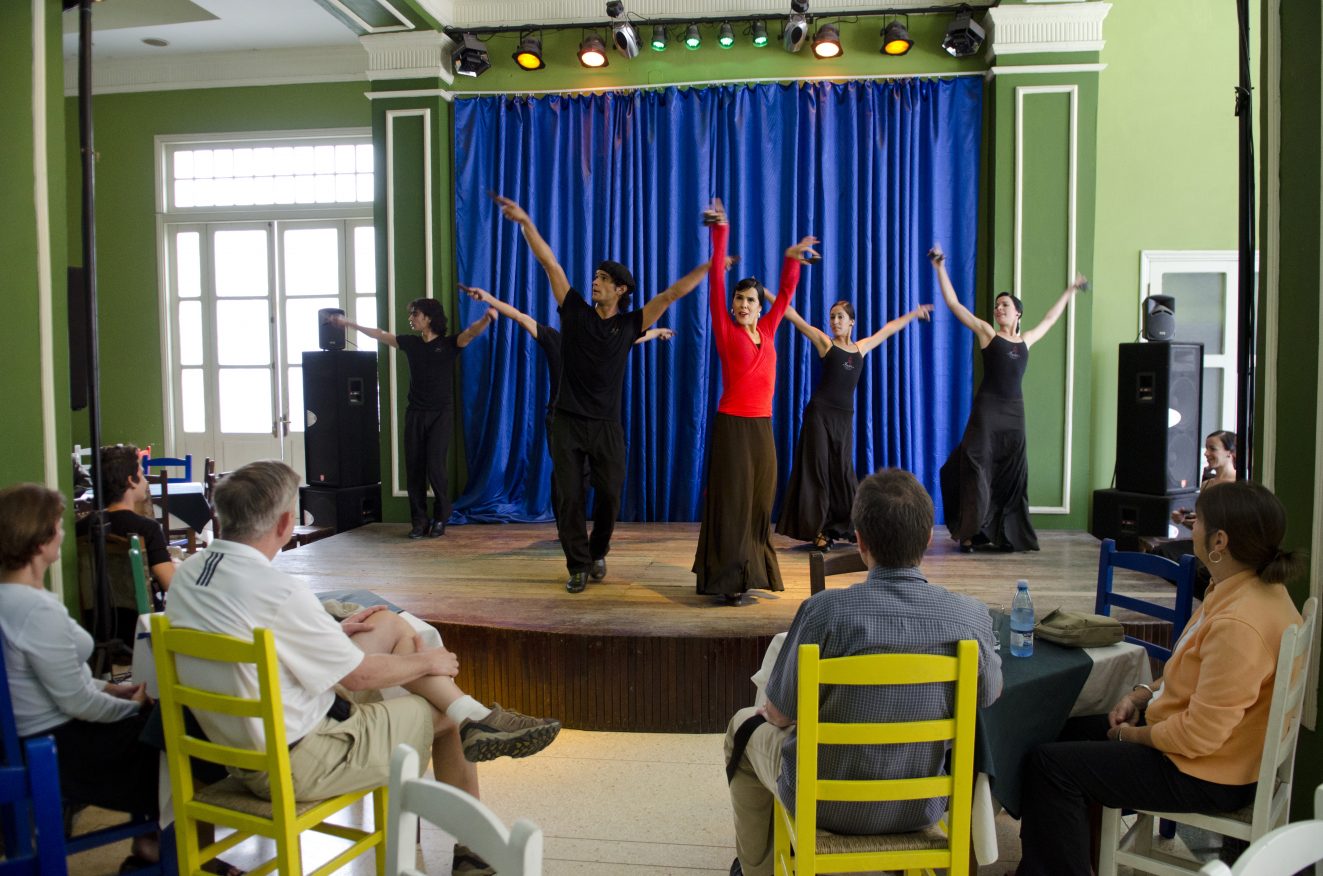 It is known that in dance-obsessed Cuba, salsa and ballet reign supreme. With that in mind, we were a bit surprised when our partners in Havana approached us about attending a private performance of the country’s leading flamenco company. Skepticism quickly subsided when the Compania Irene Rodriguez began their performance in the rundown Centro Andalucía, a short walk from our hotel. Feet pounded the wooden floor, arms cut through the air and dresses whipped across the stage. For a moment I felt as if we had been transported from Havana Vieja back to the southern Spanish region where the iconic dance was born.

When the first number ended, the dancers left the stage, but Irene, the founder and director of the company, remained. With humble honesty, she spoke with our group about everything from the rising popularity of flamenco to her struggles to raise funds to afford costumes for competitions. She was so modest about her achievements that it wasn’t until our local guide, Dunieski, interrupted her that we learned Irene was recently awarded the first prize in the 8th Ibero-American Choreography Competition. This honor was bestowed upon her by none other than Cuba’s prima ballerina assoluta, Alicia Alonso.

At that announcement, Irene blushed and gestured to her company, and the dancers returned to the stage. Before starting the second number, an interpretation of the first contact between Spanish colonizers and the indigenous Tiano Indians, Irene apologized to our group and explained that we were watching more of a practice than a performance. Dunieski quickly added, “This is because next week the company will be headlining a show at the Teatro Nacional”—which caused Irene to blush again.